By 1948, our view of the Universe had changed drastically from 1909. Instead of space being run by Newton's Gravity, where our Milky Way comprised the entire Universe, we had learned that space and time are governed by Einstein's General Relativity, that our Universe contained at least many thousands of other galaxies, and that the farther these galaxies were from us, the faster they moved away from us. In other words, the Universe was not only vast and full of interesting stuff, it was also expanding as it got older! 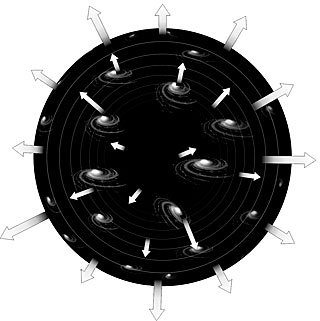 The prevailing idea of the day was the Perfect Cosmological Principle, stating that -- on average -- the Universe was the same at all places and at all times. In other words, even though galaxies close to us were expanding away from us, the Universe would make more in their place as they moved away. This way, the Steady-State Theory of the Universe would be just fine, even in an expanding Universe.

Why was this idea so pervasive? Because, with the exception of small events (e.g., supernovae, the slow drift of nearby stars), the Universe doesn't appear to change over the hundreds and hundreds of years we've been observing it! And this is true. Compare this image of Andromeda (M31) taken in 1887 by Isaac Roberts: 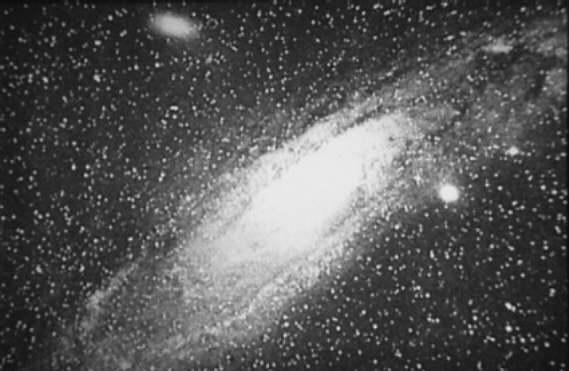 with this one of Andromeda taken by this guy with this telescope, just a few years ago: 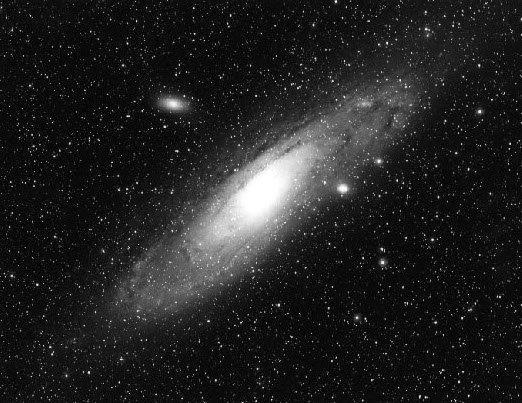 What, you're still here? You aren't convinced?

What kind of contrarian are you? 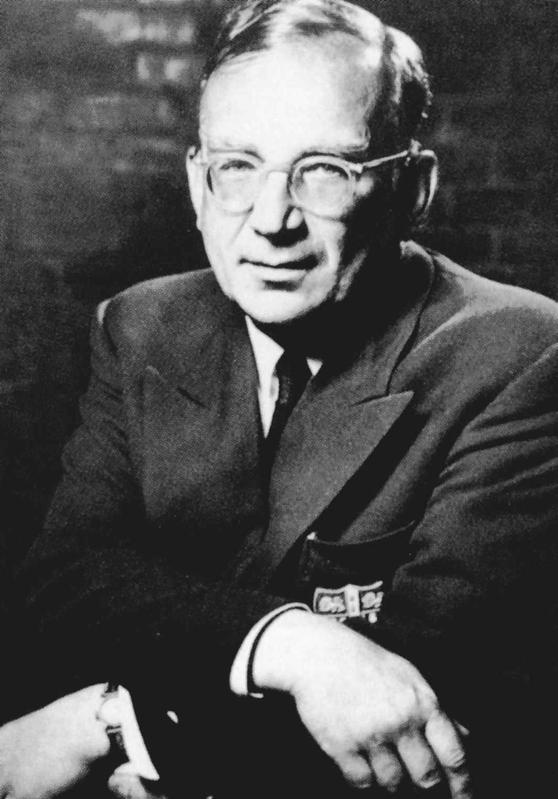 Perhaps you're like George Gamow: smart and a smart-ass. Gamow wasn't buying this "steady-state" garbage for a minute. He did a little bit of extrapolating instead. If the Universe has the density it has now and the expansion rate that it has now, and we know the Laws of Gravity, what was it doing in the past? 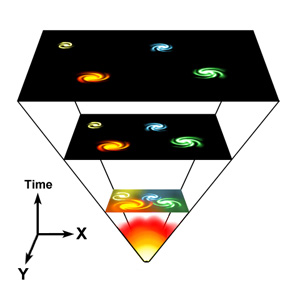 Well, things were closer together (denser), things were moving at a faster rate (larger velocities), and the temperature was higher (hotter). The small deal was that this meant we lived in an expanding, cooling, slowing Universe. But the big deal was that the Universe used to be hotter, denser, and faster. In principle, this means that if we looked back, billions and billions of light years away, we'd see the Universe as it was when it was billions of years younger. Would it be hotter, denser, and faster?

Well, the answer is yes, but telescopes weren't even close to good enough at that point to measure temperature or density at those distances. Of course they were moving faster; that's Hubble's Law! But Gamow didn't let this stop him. He simply decided to extrapolate further back in time. He realized that high temperatures and densities made the early Universe very interesting in two special ways, in addition to the hotter/denser/faster consequence above!

1. At high enough temperatures and densities, atoms dissociate into nuclei and electrons. 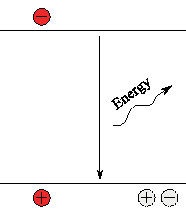 Well, if the Universe was hot, dense, fast, and cooling in the past, there must be some point where we formed neutral atoms for the first time. When you combine an electron and a nucleus together, they emit light (right). If you combine all the electrons and nuclei in the Universe together at the same time, you should be able to see the afterglow of this light everywhere in the Universe. Because the Universe has expanded and cooled, Gamow estimated that the temperature of this light should only be a few (~5 was his guess) degrees Kelvin. And, he said, this cosmic background would be evidence of this hot, dense, early phase to the Universe.

2. At high enough temperatures, nuclei dissociate into protons and neutrons! Going even further back in time, at some point the temperatures and densities were so high that protons and neutrons -- much like in the Sun today -- fused together to make heavier atomic nuclei! It's very hard to get heavy elements like Carbon, Nitrogen, and Oxygen, much less Iron or Nickel, but it's easy to get Helium-4, Helium-3, Deuterium, and Lithium-7. In fact, it's easier to get these elements here than it is in stars! Gamow calculated what the abundances of the light elements should have been, and got that the Universe should be about 76% Hydrogen, 24% Helium, and everything else should be less than 1%. And this is exactly -- to the best of their observations -- what we saw. 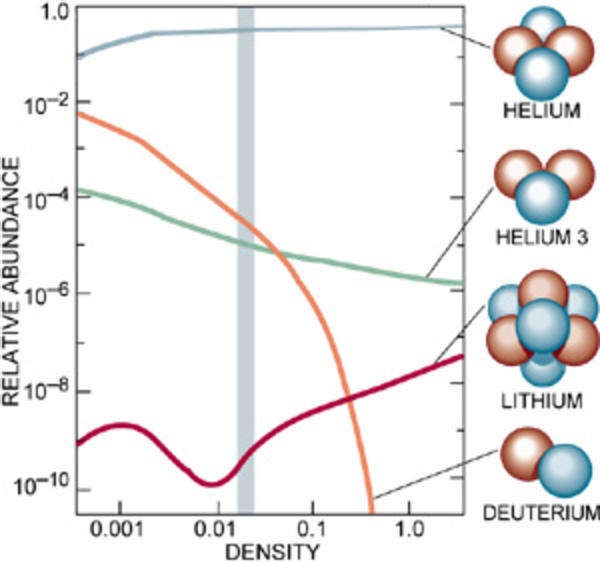 It wasn't until the 1960's that they found the Cosmic Microwave Background, confirming the third of the three pillars of Big Bang Cosmology, and relegating the Steady-State Theory to the history bin. But Gamow, for masterminding this new theory of the Universe, and getting it right, you are totally my hero of the decade for the 1940s. After all, we wouldn't be Starts With A Bang if it weren't for you!

As someone who had the office next to Ralph Alpher for a couple of years, I feel compelled to put in a word for him, here. Alpher was Gamow's student, and the lead author on the Big Bang material, and he did most of the work. He was ill-served by Gamow's sense of humor when Gamow added Hans Bethe as a co-author without telling either Alpher or Bethe, so that the author list would read like the first three letters of the Greek alphabet, making Alpher's contribution seem even less important.

I only met him a few times, but he was a nice guy, and really sharp. And he deserves to be mentioned prominently in any discussion of the Big Bang.

That's pretty interesting. I had a chance a few years ago to speak with Arno Penzias at extreme length, and he's known Ralph Alpher quite well for more than 40 years.

His assessment was that Alpher was quick to take credit for the things he did correctly, irrespective of whether:

In other words, what you say is possibly true, but it's also reasonably possible that history is correct when it remembers Alpher as Gamow's best and most important student, who did a lot of important work developing the Big Bang Theory in its early stages.

Really enjoying this series! Keep it coming and thanks!

Of course, it's not like Penzias is a disinterested observer, here, either.

I suspect the truth lies somewhere between the two versions.

I very much like this chain of articles you are writing about on 100 years of science from astronomical perspective. Is it possible to turn it into a book?

I'd really like to have the Sloan Survey and the CMB as interactive models.

I understand that maps of the CMB temperature are from the surface of last scattering. To find this surface are instruments "simply" looking for signatures in the predicted part of the spectrum? I guess you have to map over and over again too to see areas that were previously occluded by galaxies and local stars? I love the bravado that makes people think they can do this sort of complex science - and then they do :*)

Awesome. I love this series.

Although, isn't it true that Kelvins are not "degrees"? I mean, it's not "5 degrees Kelvin" but "5 Kelvin"?

In Ralph Alpher and Robert Hermanâs book, âGenesis of the Big Bangâ, the story of the Big Bang is told in great detail. If I remember correctly, George Gamow calculated the temperature of the CMBR at 5 Kelvin. Being not a very good mathematician, Alpher and Herman spotted Gamowâs error and recalculated it at 2.7 Kelvin (the correct value). There is not much doubt that Alpher and Herman lost out on the Nobel Prize but won many other awards for their work.

I love this blog so much. *sniff*

You need to put this stuff in a book so I can keep it forever. This stuff would be perfect for reading on the toilet...

PS: Daneel, that's right, but it's not uncommon to use "degrees" for a general audience so they know what the hell you're talking about.

Although if we are going to point fingers about seeing the bloody obvious, going back to the start of this series of excellent posts, an expanding universe is the only thing that can explain the dark night sky paradox.

[Formerly Olber's paradox, but I see that it can be better attributed to Thomas Digges (1546 â 1595), and that Kelvin predicted Hubble's resolution of it.]

Lonely Hearts of the Cosmos by Dennis Overbye is a wonderful history of the Big Bang theory.