Clearly, neither the man nor the bull below is headed for anything good in their attempt to walk on water, 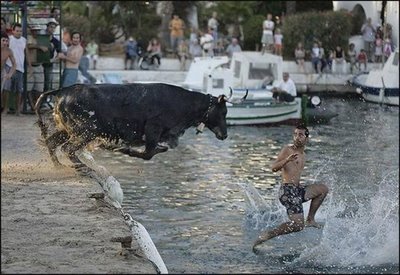 and for that matter, neither is this poor, bristling cat, 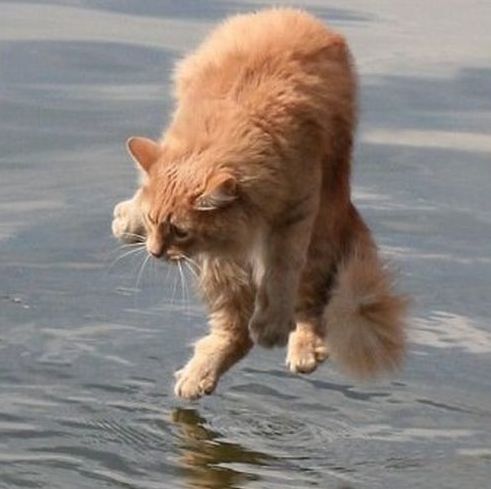 but what about this reptile? 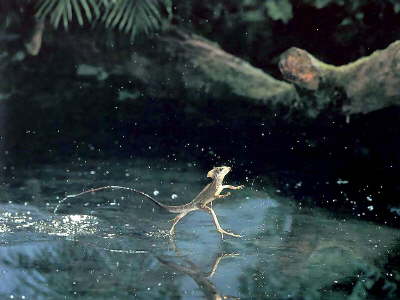 Unbelievably, this lizard actually can walk on water! And without using any surface tension tricks like insects do, either. No, whereas a human puts his foot into the water and sinks, this lizard has a very low mass and a very large surface area on his feet, allowing him to "run" on water as long as he moves quickly enough. For this lizard, that's about 10 miles-per-hour. As opposed to a human, who would have to run at about 400 miles-per-hour to walk on water.

This lizard is known as the common basilisk, and although an adult basilisk can weigh up to 1.3 pounds (600 grams), an immature basilisk can weigh under an ounce (they are only 2 grams at birth)! Combined with their large feet, this allows them to run on water!