Take Another Look at that Data

One of the great things about the Hubble Space Telescope is that it's been in orbit for nearly 20 years now, meaning that it's amassed a huge archive of data. 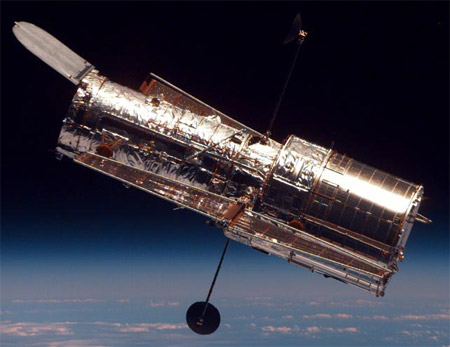 Now, one of the things that the Hubble Space Telescope is notoriously bad at is finding planets. Why? Because if you want to do it, you have to block the light from a star, otherwise you'll never see anything other than the star. 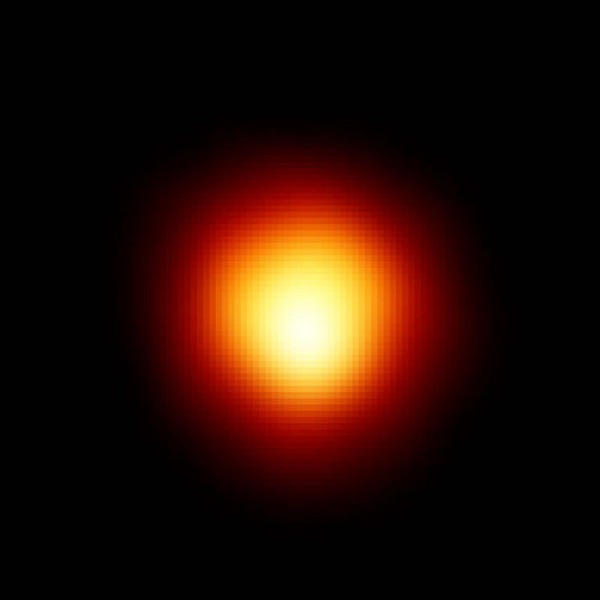 So what you can do is place something called a coronagraph over the star, which is just a little black plate that blocks the star's light, and lets you see around it. This was first used for the Sun to view its corona, hence the name. 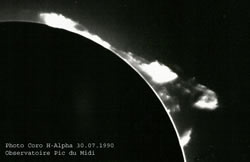 Well, if you place a coronagraph over a distant star, you can see a whole plethora of much fainter objects orbiting that star. Well, someone was going through some old photos from 1998, and look at what they found using a coronagraph on a dusty young star, HR 8799, where they discovered planets in 2008: 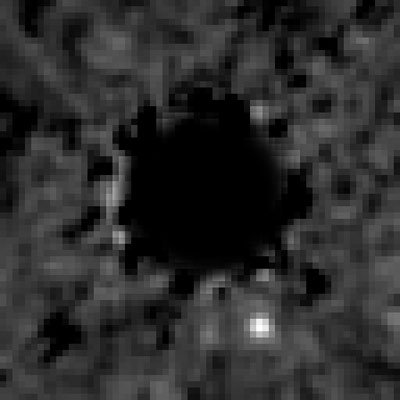 You block out the star, and do you see that bright white circle on the lower right? Not only is that a sphere of light reflecting the starlight back towards us, and not only has it been confirmed to be the same extrasolar planet (HR 8799b) that they discovered last year, but they've been able to measure how much the planet has moved over that time! 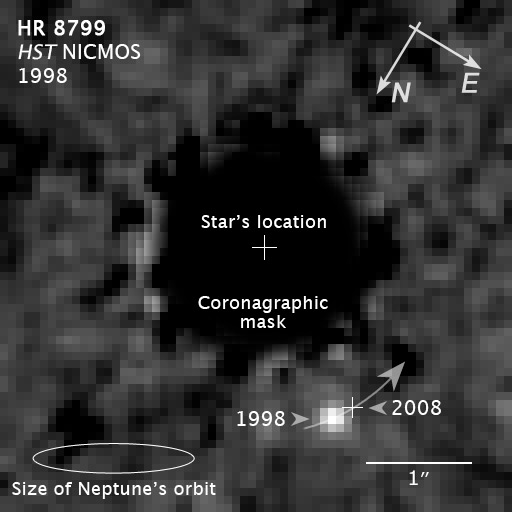 So not only could we have found this planet 10 years earlier than we actually did, but by going back to the old data, we can learn a whole lot about this planet's orbit, and hence the mass of the star that it orbits. Is it not just outstanding that the Hubble Space Telescope, in addition to all the other things it does, functions as perhaps the most accurate stellar scale we've ever built?

How neat is this? We've got over 200 stars that have been imaged with a coronagraph by the Hubble Space Telescope, and now we can start looking for planets around them just by looking at the data we already have! But I'll caution you, don't even think about going there for a vacation, not even for April Fools' Day. The planet is 1,500 degrees Fahrenheit and seven times as massive as Jupiter. Enjoy the view from Earth, and here's hoping that nobody Rickrolls you!

Seems even Hubble's hindsight is 20/20. Cool little bit of info. So, what's the period of the exoplanet's orbit around the star? Seems pretty long if it only moved that little bit in 10 years, or perhaps it is just under 10 years. Interesting your reference spoke of water vapor on a planet that's 1500C too. I think at those temperatures water itself starts to decompose to H and O.

Glad to see you on the new site! The temperature is 1500 F, which I think, at super-low pressure, allows water to still remain a gas.

It is a very long orbit! Compare the size of Neptune's orbit in the last photo (which has an orbital period of 165 years!) with the size of the planet here -- you'll notice the planet is even farther out!