Solving the Mystery of Mercury

When you look up at the night sky, what's the first and most obvious thing you see? If you answered anything other than "the Moon" you're in serious need of some new eyes, because -- in terms of size, brightness, and detail -- the Moon dominates everything else. 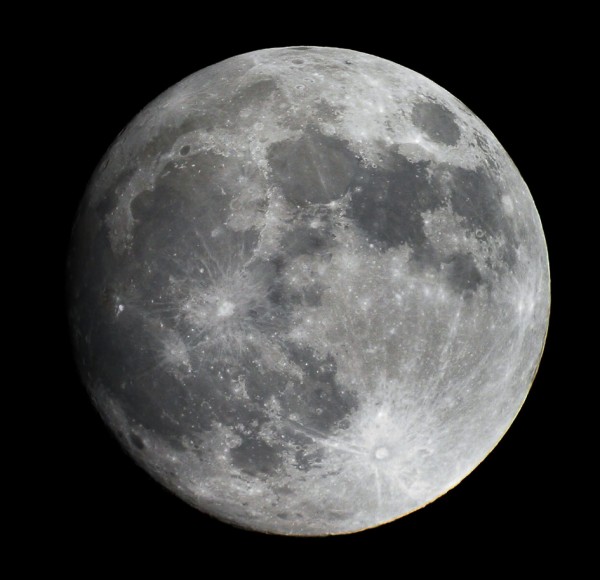 But the one thing you'll always notice about the Moon? We always see the same face. Why is this? There's a simple explanation: all objects in the sky are like spinning tops. But some of them orbit larger bodies, which pull them into gravitational, elliptical orbits. The closer the small body is to the large one, the bigger the gravitational force on it.

So what? So, remember how gravity works: the closer you are, the bigger the gravitational force, and the farther you are, the smaller the gravitational force. Moons and planets, however, are actually pretty substantial in size: typically thousands or tens-of-thousands of kilometers in size. For the Earth-Moon system, this means that there is a bigger force on the near side of the Moon than the far side.

Which brings us to Mercury. The first planet I've ever done scientific work on (back in 1997-8, making stereo maps of its surface), and one of the most surprising mysteries of the Solar System. You see, if something is tidally locked, it rotates once in the same time it revolves once. Hence, you'll always see the same face of it, just like we always see the same face of our Moon. But Mercury is not locked to the Sun. Mercury, shown here, rotates three times for every two orbits that it makes around the Sun. 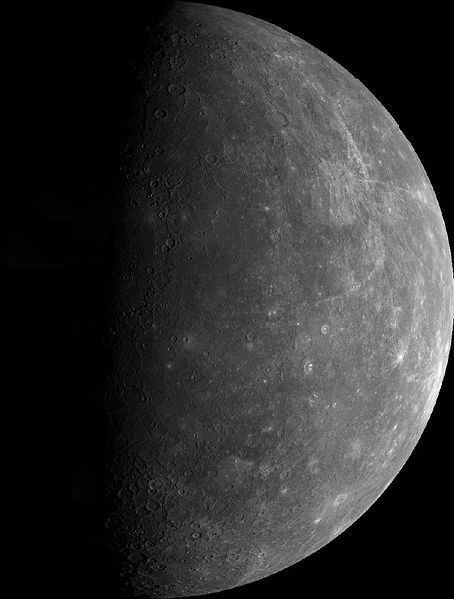 The only explanation for a phenomenon like this would be if Mercury was shaped oddly -- perhaps like a peanut -- otherwise gravitational torque would continue to slow its rotation down until it was in a one-to-one rotation/revolution orbit, not a three-to-two one. But in the image above, Mercury looks pretty damned spherical, even though it's scarred pretty badly.

Well, the Messenger mission to Mercury has flown by it a couple of times and taken new pictures. Mariner 10, a mission in the 1970s, only imaged less than half of Mercury, and one of Messenger's goals is to image the rest of it. Well, a very interesting set of images has just come to light. Check out "the other side" of Mercury: 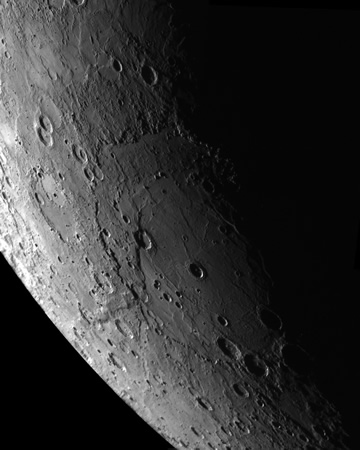 See that huge impact basin on the lower left of the image? That's exactly the type of hole in Mercury that could cause this weird 3:2 resonance! Is there a better view of this crater? After searching the mission archives, I was able to find this one: 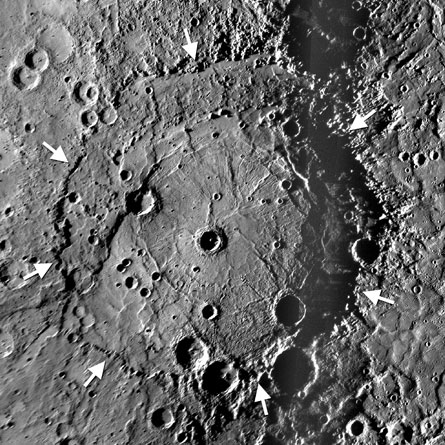 What's really impressive about Rembrandt crater? It's 715 kilometers wide! For a planet that's under 5,000 km in size, this is gargantuan. This is a huge, deep crater on Mercury that's 15% of the planet's size. If we wanted to make something comparable on Earth, we'd need an impact basin that was half the size of the continental United States. But the big question is this: is the basin deep enough to cause this weird 3:2 resonance instead of a 1:1 resonance? Let's take a look at the data:

It's more than 10 kilometers deep in the center, or -- if you want a mass estimate -- about 10^19 kg lighter on the side where that basin is. That is totally enough to possibly cause the weird 3:2 resonance for Mercury, and is probably the solution to the mystery of why it's locked so bizarrely!

Want an interesting personal aside? Remember I told you I made stereo maps of Mercury more than a decade ago? Stereo maps are how you figure out topography from a series of 2-D images, and that was the technique used for this! What's even more strange (and evidence that the scientific world is a small world)? The guy I worked for back in 1997-8, Mark Robinson, is the guy who did this work for this mission and this data!

There are many possible locking ratios. The stability criterion for the more exotic ratios is that the spinning body must have slightly different principal moments of inertia. But that's true for pretty much all of the smaller bodies in our solar system. Stability for these "unusual" tidal locking ratios doesn't require a massive crater or a body like Mr. Peanut. For example, the earth's moon in its current orbit would have stable tidal locking at a variety of spin-orbit rotation rates (0.5, 1, 1.5, 2, etc.).

The details concerning Mercury's tidal locking (and how "lucky" Mercury had to be to hit that narrow target in phase space) were worked out by Peter Goldreich and others back in the 60's.

If the moon were in a perfectly circular orbit, and was itself perfectly spherical in shape and density, wouldn't it NOT lock? Under those conditions, the nearing side should act as a counter-weight to the distancing side, no?

If you answered anything other than "the Moon" you're in serious need of some new eyes,

Nah, it's just it's cloudy.

It depends on the phase, surely? I mean sometimes it's not even there at night!

When you look up at the night sky, what's the first and most obvious thing you see?

If I understand it correctly, the locking happens because the orbiting body is deformable. It is slightly egg-shaped, with its long axis pointing at the thing it is orbiting. If it is not yet locked, then as it spins it deforms (to still be stretched slightly along this axis). This constant deformation results in friction. This is how its rotational kinetic energy is slowly lost to heat, until it is locked.

nice i never knew that until now i know

Very nice article, I really enjoyed your style and the information herein, thanks!

I have added your page to my favorites, please keep up the nice work.