Q & A: Where does light come from on a Moonless Night?

Though my soul may set in darkness,

It will rise in perfect light,

I have loved the stars too fondly

To be fearful of the night. --Sarah Williams

Everyone knows how you see things during the day: sunlight makes it possible. Delivering huge amounts of visible light to the entire "day" side of the planet, everything becomes illuminated to human eyes. 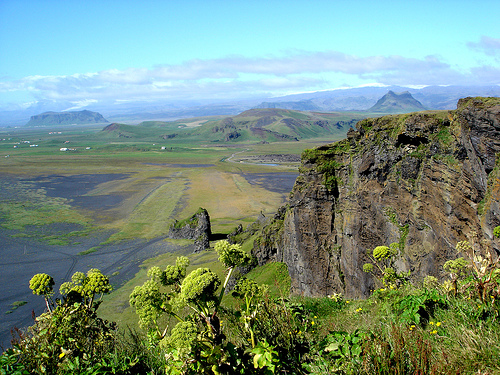 But things change rapidly once the Sun goes down. Even with a full Moon in the sky (like last night), the amount of light reaching the Earth at night is over 100 trillion times less than during the day.

Still, we have a great pair of eyes, and instead of narrow pupils with our cones (which see color) forward in our eyes, our pupils dilate, letting more light in, our cones retract, and our rods (which see monochrome in low light) become more prominent. As a result, we can see at night, just not as well as during the day. 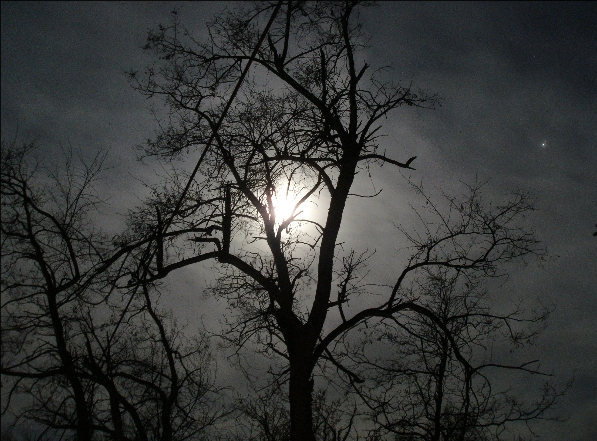 But what about when the Moon isn't out? Somehow, even in the absence of the Moon and Sun, when the amount of light reaching us from the sky is over a billion times dimmer than when the full Moon is out, humans can still see (at least a little bit), and many animals can actually see very well! 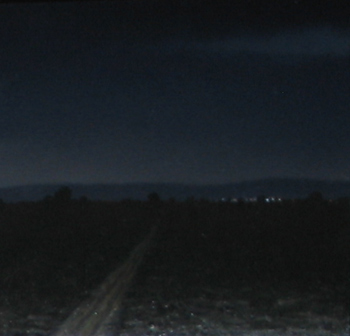 So how is this possible? How can we see anything at all, given that the amount of light out there is so mind-bogglingly small?

There's a two part answer. The first part you'll guess, and the second one you won't. First, your eyes simply adapt. Something like grass in starlight, even though you would be completely blind to that signal in weak daylight, becomes prominent to your eyes at night. Over a trillion times dimmer than the brightest things you can see, it still appears clearly to the dark-adapted human eye.

Well, this is great for humans, who see right in the middle of the visible spectrum at night. Guess what? Not all animals do. In fact, many night-adapted animals can see infrared light. The greatest amount of infrared light reaching the ground on the night side of the Earth -- at least far away from cities -- comes from the Sun, not from the stars! 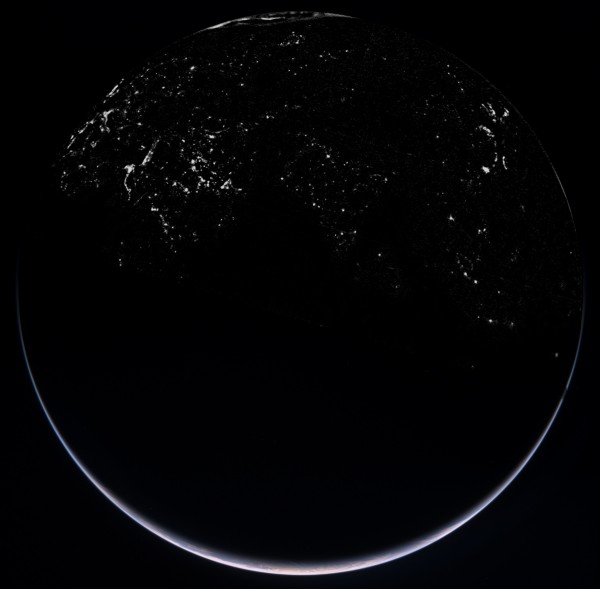 Could this really be true? Could the Sun really be affecting us at the darkest part of the night, impeding our ability to see the stars but allowing us to see the land around us? Here's how: imagine floating in space on the far side of the Earth, away from the Sun. What would you see as the Earth appeared to move between you and the Sun? (Pay close attention to the atmosphere, courtesy of NASA.)

You see, our atmosphere reflects, refracts, and scatters light. The blue light scatters more easily, which means that the reddest light (and infrared light) makes it the farthest. In addition, the Earth absorbs visible light during the day, but re-radiates it as infrared light. This means that any animal that can see these longer wavelengths of light is better adapted to being a nocturnal or crepuscular creature.

In fact, those "night vision" goggles you can get are extra-sensitive to this infrared light, and can produce images like this, thanks in part to thermal heat signals and red light left over from the Sun!

And that's not only why we can see as well as we can in incredibly low-light conditions, it's why many animals can do it better than we can! Blame the stars, the Earth, and the Sun for the light that us and the other animals see at night, but the one that deserves the most blame depends on what your eyes can see!

Great writeup and thanks for bringing up the night vision goggles as an example. As a former soldier, I can tell you there's much misconception about how these devices work. They only amplify existing light in the field of view by way of image intensifiers. That's why they were called "starlight scopes" in the olden days (er..late '60s). If you enter a room devoid of light, you will see nothing but blackness. This is why modern Gen III NVGs feature a small IR flashlight and our weapons often include an IR flood light and laser combo (PEQ-2 or PAQ-4 in the 90s) to assist the goggles.

So why is sky blue on a moonless night?

I've taken star tracks photos on clear, moonless nights in a location with very low light pollution and the sky is definitely blue, presumably for the same reason it is blue during the day.

Where's all that red light that comes from the sun at night and "makes it the farthest?" I don't see it.

Robert, that tells you something about what wins for your camera's eyes, doesn't it?

The starlight dominates the visible light part of the spectrum.

Brando, that looks like an IR radiation source on the gun the soldier is holding...

I realize the camera doesn't see infrared. But you seem to be saying that visible red light from the sun also travels to the night side of the earth. The camera should see that. Landscape photos taken under starlight should have red tint if what you say is correct.

No, Robert. As I understand it, the amount of *visible* light of any frequency that gets scattered right round by the atmosphere is negligible compared to the amount of visible star-light. On the other hand, very little infra-red reaches us from the stars, and infra-red scatters much less effectively than the shorter wavelengths so more gets round, and so if you see by infra-red it's mostly solar. I have no idea how much of that is coming round and how much is radiated from the soil and suchlike, though.

>>Brando, that looks like an IR radiation source on the gun the soldier is holding...

Yup, it's a PEQ-2 IR Marker/Illuminator. It's a module with an IR floodlight as well as an IR laser calibrated to the rifle. This combined with NVGs allows the soldier to identify and engage targets in zero illumination environments.

I'd just like to point out that the night vision photo looks like it was done with an "image intensifier" (visible to near-IR, ~400-1200nm). Thermal is far out of that band at about about 7000-14000nm and the images just don't have that level of contrast (since you're looking at temperature differences only). In fact, thermal will not rely at all upon the sunlight somehow getting to us, merely on the temperature difference between the environment and a human (however dressed).

Wow. I did not know that.

If the visible light is being reflected and refracted, then why is the moonless sky not red, much like how our daytime sky is blue? I understand we cannot see infrared light with our naked eyes, but why are we not in complete darkness or the illuminated sky not red? I mean, if you are on the curved surface of the earth, and view in a straight line the wavelength of white light at an angle, with should change the color of the sky by where you are, the 360 direction of where your straight line of sight if focusing on, against the direction of sunlight being directed from the round sun in all directions to the round surface of the earth from which you are observing the sky from