How to Drive a Mathematician Crazy. (With pies.)

In mathematics, you don't understand things. You just get used to them. -Johann von Neumann

Sometimes, I have to deal with series: lots of numbers all added together. Some series clearly approach a limit, like the following:

I can visualize this in terms of pies. (What do you want? I'm hungry!) One = one whole pie. So that first number starts me out with one whole pie. 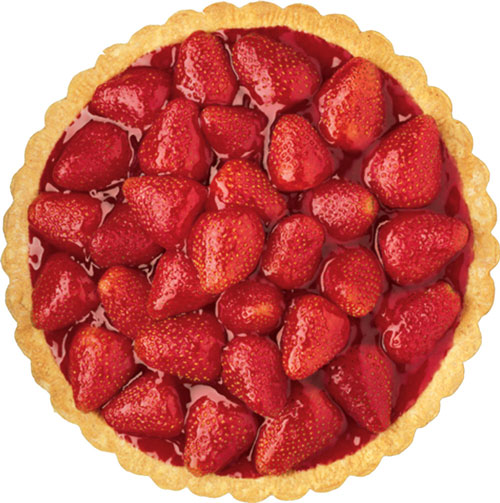 When I add the second number in my series, I'm clearly adding half a pie to that, for a total of a pie and a half. 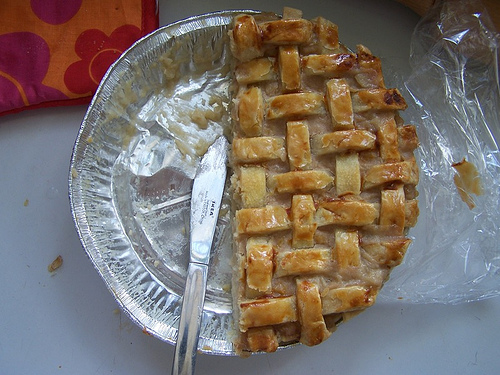 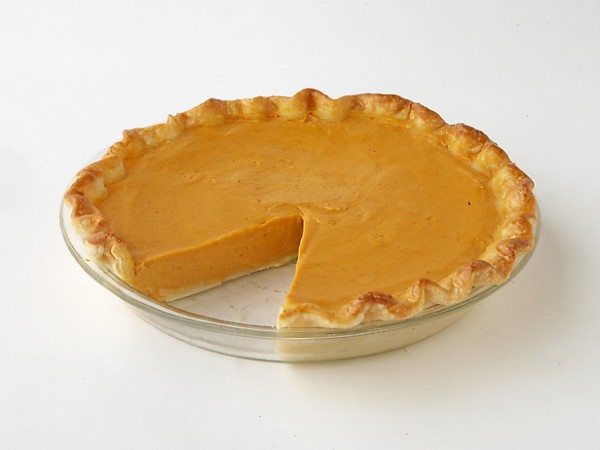 If I add more and more terms in this series, I'm going to get closer and closer to two whole pies, but I'll never quite reach it, always being just a tiny sliver away.

And that's okay! It means that the sum of this series is two. The series has a limit, or -- in math-speak -- the series converges.

But not all series converge! Take a look at this one:

The first term starts me out with a pie. Fine, so did the last series. But when I add the second term in, I realize I now have two pies! 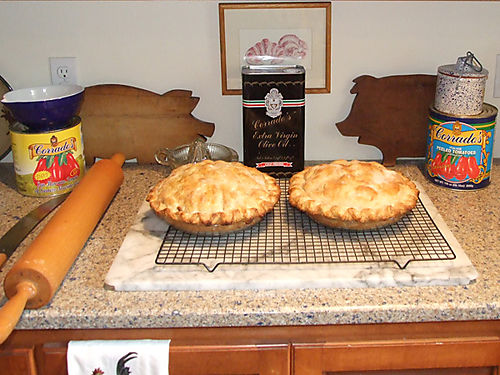 In fact, if I add the third one in I have three pies, if I add the fourth in I get four pies, and so on! The more terms I add, the more pies I get. 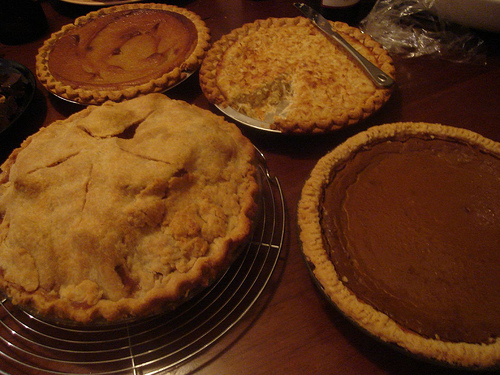 Or, to quote Lindsay Lohan (correctly) from Mean Girls, The Limit Does Not Exist!

But what if I were a tease about it? What if I gave you this series:

After one term, there is a pie, but after two terms, there aren't any pies; the second term takes the first pie away! 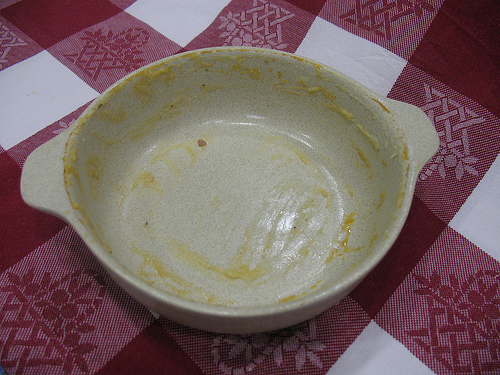 And it looks like the third term adds a pie, and the fourth one takes it away, and this continues. You're adding pies (one-by-one) and taking them away (one-by-one) as you keep on adding terms. 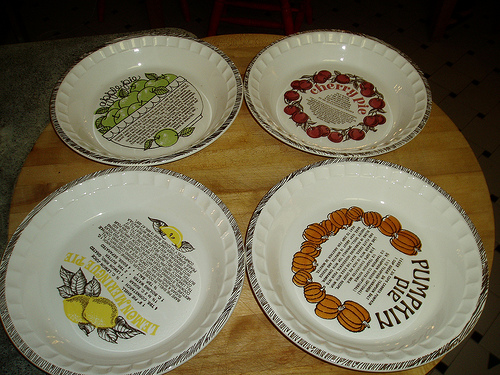 So you might ask yourself, does the series converge, and if it does, what is its limit?

it's clear that this series sums up to zero. But what if I'm clever, and I organize my terms like this:

I can see that my series sums up to one whole pie! So who's right: is it zero pies, one pie, or does the solution simply not exist? To get it right, you have to ask yourself what happens on average. 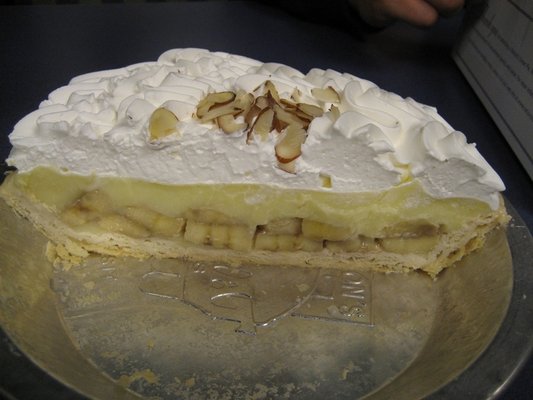 This is a hard one to wrap your head around, and many mathematicians and physicists that I knew in graduate school were unable to do it. Want to try something more ambitious? Have a go at this one:

(Answer here.) And if this isn't up your alley, don't worry. We'll go back to the astrophysics on Wednesday.

Associativity is not defined on an infinite series.

I noticed that you didn't use any meat pies in your analysis. Is there any significance to this? Do you think there is any possibility of a grant application?

[Evidently the comments here don't like me linking to my own weblog. Go there yourself and search on "associativity in series".]

The first couple of comments are close. I made two posts on the subject when I covered series.

However, even so: you won't drive any mathematicians crazy. What you're talking about here can be handled in two different ways.

First is "analytic continuation". For example, the geometric series doesn't converge at $x=-1$, but where it does converge it converges to the function $\frac{1}{1-x}$. This function can be evaluated at $x=-1$ to give the answer $\frac{1}{2}$.

If the "many mathematicians and physicists" you knew really couldn't wrap their heads around it, then they never passed a basic course in Fourier analysis.

I'm no mathematician, but it doesn't seem correct to me to say that the limit of the average of the nth partial sum of a series can be considered to be the same as sum of a series. If the series is convergent, then they do end up being equal, but that is a special case.

As far as your more ambitious question.... The Cesaro sum turns out oscillate between {1/2, -1/2} as n->infty. I haven't looked at the solution, and can't justify what I say next, but perhaps you could again apply the Cesaro sum to the oscillating terms of the partial sums and get 1/4?

The sequence of averages of partial sums is

Okay, let's look at that one, Egaeus:

The sequence of averages of partial sums is

Which diverges, just as it should. If a series diverges to infinity, it still does when CesÃ ro summation is used.

Oh, duh, that's right. I did it right later, but not on that one. Now the solution for the second problem makes more sense. I could see what needed to be done, but couldn't justify it. It's too late for math after a day of paper writing, I guess. I knew something didn't look right in the first paragraph too.

But still, it doesn't seem correct to equate s and the limit of 1/n*sum(s_k}.

It's not too difficult to show that if the series converges then the sum and the CesÃ ro sum are equal. Yeah, it does seem to be sort of a cheat at first, but when you see how it makes the inverse Fourier transform work out you get used to it quick.

You shouldn't throw together different types of summability, at least not without explicit warning.

Although on average you have half a pie, the function remains without a limit although it is bounded. You simply have to accept a very large error in stating the value. :)

If you wanted pies, You sould also have used the convergent series â(1/nÂ²), whose sum is exactly ÏÂ²/6; and also 1-1/3+1/5-1/7+... = Ï/4 (via power series expansion of arctangent), which was actually the formula used for centuries to compute Ï. By the way, this last one could even have a geometrical interpretation and be representable in pies, but I don't see it right now.

And for the divergent geometric series â(-1)^n : as John Armstrong says, analytic continuation hints at a sum = 1/2 (though it converges neither in â or âp), but you can also Â«Â cheatÂ Â» by saying

(This is the exact same method used to compute the sum of a _convergent_ geometric series, but applied to the divergent case q=-1, it becomes confusing).

The correct answer is "SchrÃ¶dinger's Pie".

Oh, and a fun reference book on the subject is Hardy, _Divergent series_ (though, as all Hardy books, it is not easy reading!)

You shouldn't throw together different types of summability, at least not without explicit warning.

Especially when they are not the same thing; even Lebesgue integration and Riemannian integration are better equivalents. Such is the paucity of the mathematical vocabulary :-)

(This is the exact same method used to compute the sum of a _convergent_ geometric series, but applied to the divergent case q=-1, it becomes confusing).

I just ate the pie, please recompute for N=2 to infinity.

Saying it's 'right' that the sum is 1/2 is only justified if there's a theorem showing that any summability method for divergent series that leads to a reasonable set of properties is equivalent to CesÃ ro summability (or that this particular series is a special case).

Otherwise you have the possibility of other 'right' answers under different sets of assumptions.

My knowledge maths isn't up to that - but I haven't heard that's the case.

"In mathematics, you don't understand things. You just get used to them. -Johann von Neumann"

This is a little bit funny, but as a mathematician, I can tell you: It is *not* true. And, well, no, today this not really funny any more, it is lame.

Ethan, don't get it wrong: Handling series like the ones you showed here is basic mathematics, and has been handled during the first couple of semesters at university. Nobody was driven crazy by this.