"Absence is to love what wind is to fire; it extinguishes the small, it enkindles the great." -Comte DeBussy-Rabutin

As many of you know, I'm not around for the rest of the week/weekend, as I'm off competing in the USA Beard & Mustache Championships!

But I wouldn't feel right without leaving you something to tide you through to next week, so here goes.

As unbelievable as it may sound, 100 years ago, this is what we thought the entire Universe was. Our collection of stars, known as the Milky Way, operating under Newton's Laws of Gravity.

Of course, that's no longer our picture of the Universe. 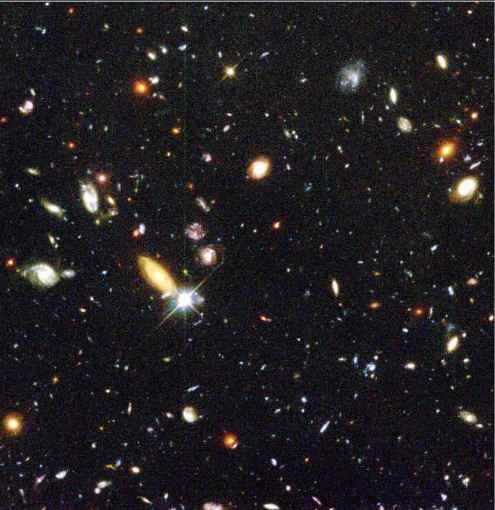 With hundreds of billions of galaxies in it, we now know that the Universe is vast, expanding, and only about 14 billion years old, or just three times the age of the Sun and Earth! But how did we figure all of this out?

Well, here are some links to my favorite series that I've written: The Last 100 Years. What were the greatest astrophysics discoveries over the last 100 years, decade-by-decade? Follow the links and find out what I chose from the:

You might not agree with my choices, but that's what comments are for! And I'll be back here on Monday with new stuff for you to read and think about, I promise. Until then, have a great one!