“At the last dim horizon, we search among ghostly errors of observations for landmarks that are scarcely more substantial. The search will continue. The urge is older than history. It is not satisfied and it will not be oppressed.” -Edwin Hubble

While new discoveries are made about the Universe, a new explorer finds its way on a foreign world, and the world bids farewell to a legend, my old favorite -- the Hubble Space Telescope -- keeps amazing us all. 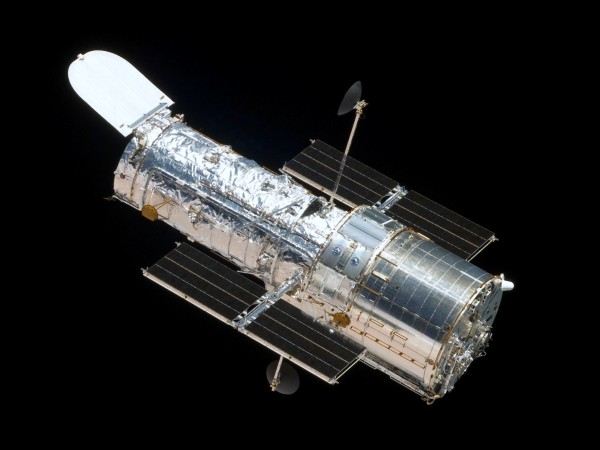 Now more than 22 years into its continuing mission, this telescope has returned unprecedented information about the Universe, as well as a ridiculous number of breathtaking images. If what Hubble has returned can't be considered art, I truly don't know what can. 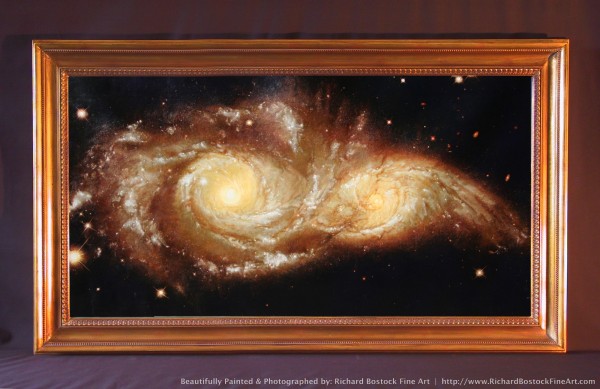 No fiction has ever touched me the way the Universe ever has, and the Hubble Space Telescope has literally made over one million observations over its lifetime. Recently, they ran a hidden treasures contest, where everything from stars to nebulae to galaxies were plucked out of obscurity and brought into the limelight for all to enjoy.

Above and below are the top 20 images from that one contest, and I'm not even sure that a single one of these images will wind up cracking Hubble's all-time list of its top 100 images.

But the good folks who run HubbleSite.org can't help but want to share the joy and beauty of the Universe with you, and I want to help them do it! 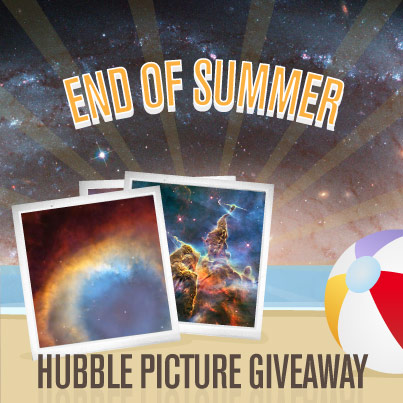 To commemorate the end of summer, every day from September 4th through September 16th, they'll be giving away three official Hubble prints, 16" x 20", in a random drawing. And the three images they've chosen to highlight with this free giveaway -- all very different from one another -- are absolutely stunning. 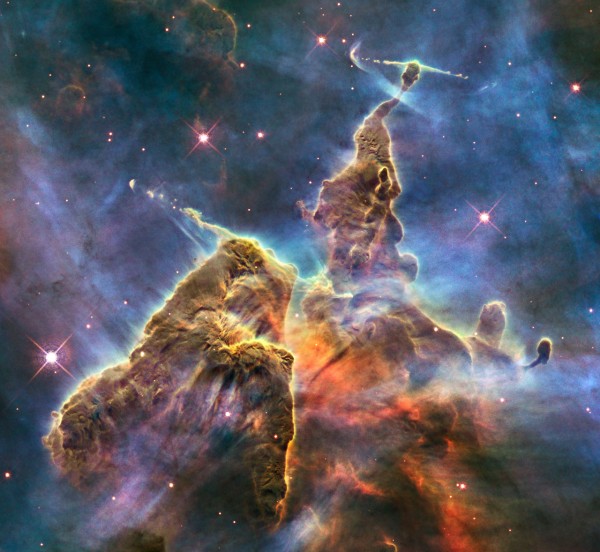 There's Mystic Mountain, a pillar of cool gas that's rapidly boiling off in the Carina Nebula. The great pillar at the top is three light years long, and is in the process of forming new stars inside of it. The jets streaming from the outskirts are due to the new stars inside the "mountain," while the hot radiation from the surrounding nebula causes the mountain itself to evaporate. In a matter of just a few thousand years -- a blink of an eye to an astronomer -- this entire mountain will be gone. 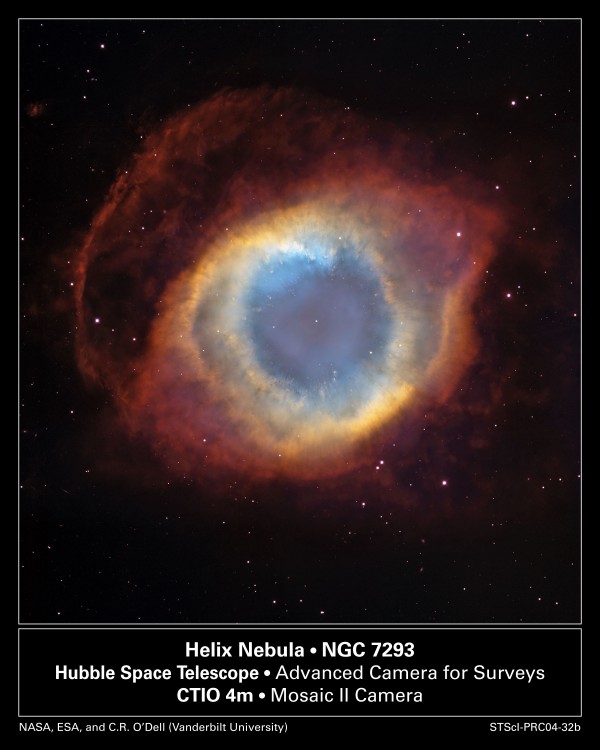 There's the Helix Nebula, a star that was not unlike our own that's recently reached the final stages of its life. After burning all the hydrogen fuel in its core into helium, it burned helium into carbon, and formed oxygen, neon, and some slightly heavier elements, but didn't have enough mass to burn its fuel all the way to iron and beyond. So, much like our Sun will one day, it contracted down to a white dwarf, blowing off its outer layers and creating a planetary nebula. At just 700 light years away, it's one of the closest planetary nebulae presently known. 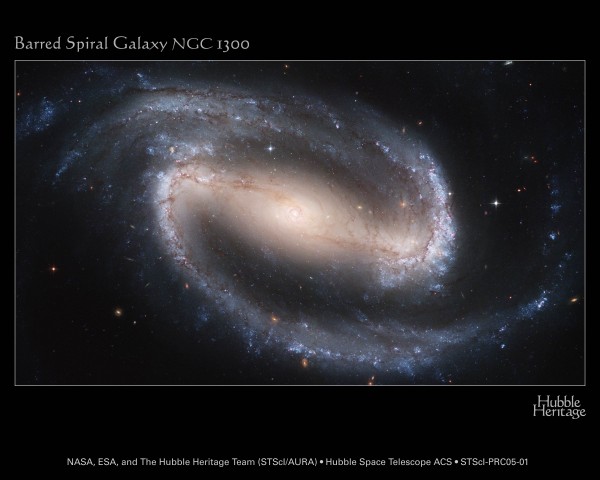 And finally, there's beautiful barred spiral galaxy NGC 1300, 61 million light years away and maybe 10-20% larger than our own Milky Way. This remarkable galaxy has two bright blue, sweeping arms, evident of intense, recent star formation, a tremendous galactic bar, and a grand-design spiral 3,300 light years in diameter at the very core of this galaxy. Furthermore, you can see numerous distant galaxies in the background, including a variety of spirals and ellipticals ranging in color from bright yellow to deep red. 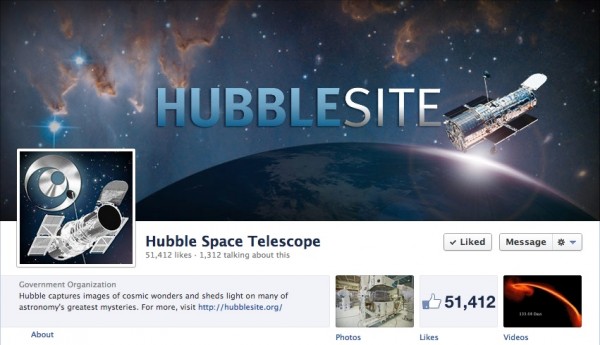 But for you, who were lucky enough to learn about this giveaway here, you've got an advantage over everyone else. Enter the code BANG to let them know you came from here, and you'll be entered an extra time in the contest. (Thanks to Tracy Vogel of STScI for organizing this!) With 39 possible winners (3 apiece for each of 13 days), I want as many of you to walk away with a new, beautiful piece of the Universe for your own as possible!

Whether you win or not, and whether you even enter or not, I hope you enjoy and appreciate the wonderful Universe we live in, and all the joys and beauty it has to offer. It's the only one we've got, and wow, did we ever luck out.

I'm a bit unsure as to how to enter, I visited and indeed liked the facebook page but there was no mention of that competition or anywhere to input the code?

Please reminder us on September 4. ;)

Awesome stuff. Images like these bring me closer to 'spirituality' than any supernatural fantasy ever could.

Aww man! I was eager to sign up for this, until I saw that you have to be on Facebook to do it. Count me out. :(

I did a program several years ago called "The Art and Science of Cassini" - pointing out that art is partly composition, arrangement and relationships of light and shadow. Many Cassini photos with startling ring geometry and arrangements of moons, and of the strange views of the terminator from different perspective. I found it an immensely fun program to do. I need to update it - this was about 5 years ago, now.

There is nothing more beautiful in this world! Thanks!

I'm with Artor. I'm ineligible for a lot of stuff like this because I refuse to genuflect to FB. Oh well. Beautiful pictures, anyway!

Been reading Ethan's blog for a while now and have a question I would like addressed or pointed in the right direction for a good reference.
The Earth/Solar system is 4.5ish billion years old. It coalesced out of the perturbed remnants of a super nova. The ### times bigger then our sun nova burned through a huge amount of matter coalesced out of primal or some low generation of material,
So without trying to sound like a young earth creationist (if I can't answer my own questions...) Is there time in a 12 billion year old cosmos for all this to occur? What evidence, besides the existence of our solar system, do we have of our natal nova?

The Mystic Mountain is absolutely art. I've certainly "seen" things in it. For example:
Start from the rightmoust extrusion. It has a shadowy appearance of a branch, that has a bird sitting on it.
Moving inward, the vertical extrusion appears like a sitting cat, staring at the bird.
Moving further left, and slowly "climing" the side of the mountain to a hight just above the "cat's head", you see another bump, this time appearing like the silhouette of an old man, sitting by the hill staring out at the stars.

I would say that there are more, especially in the complete picture of the cloud, but I think this is a good start.

"Is there time in a 12 billion year old cosmos for all this to occur? What evidence, besides the existence of our solar system, do we have of our natal nova?"

The carbon in our sun shows it is at least second generation. And the open clusters show the lifecycle of a star from gestation in the clouds (Orion Nebula) to free of the dust, blown away by the ight of the new stars (Pleiades) to going their separate ways (some of the stars we see in the plough).

The life of a heavy star is pretty short and there is plenty of time to have several of these happen in the 8 billion years before our sun was formed, so no problem there, and the age of the open clusters show how long it takes to pass through to lone star status.

Wow
Another concise answer. Thanks.

Doright
There are many unsolved problems in physics. And physicist are pretty hard on themselves. Here is a pretty good list of unsolved physics problems, http://en.wikipedia.org/wiki/Unsolved_problems_in_physics

If a problem isn't on this list; then it's probably pretty solid physics. Sure some of my pet problems and speculations are not on this list; but then (so to speak) my ideas is between a rock and a hard place (scientifically speaking).

And remember, it is very hard to argue against evidence of observation and experiment. And by the way in the last 50 years astronomy has become a very high precision science. Hand waving philosophical ideas don't get any traction without solid evidence and mathematical theory.

Sorry for highjacking the thread just couldn't find another spot to post my questions.

Wow
Thanks, like the Pleiades example.
Of course answer one question at least two more pop up.

If solar winds blow interstellar dust into a rapidly diminishing density, does the rate of change of mass versus much slower growth of the photosphere diameter allow some stars to pass a point and keep growing to super massive size even after initial ignition and its' early solar wind? i.e. Can the sucking out weight the blowing?

Any idea how long it would take a Sun size object to coalesce out of nova debris? A recently read "The Big Splat" and was really surprised at how fast the Moon was projected to assemble itself. (By the way is that book dated, or still relevant?)

"Can the sucking out weight the blowing?"

Not generally. Once ignition turns on, the rate of accretion goes well down. Even for a medium sun like ours. The reason why jupiter is the first gas giant is because the sun blew away the dust closer in.

It keeps going and how long obviously depends on the size of the star and thedensity of the gas, but at some point, the local dust cloud HAS to reduce in volume enough locally to be practically gone, and at some distance from the star, the photon pressure has to become greater than the attraction to the star.