How much stuff is in the Universe? 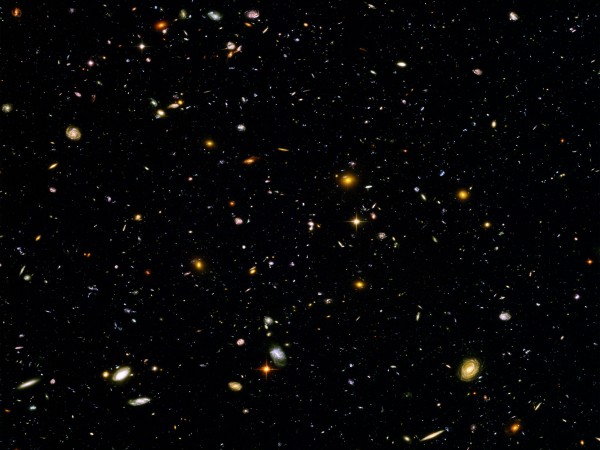 This one picture, taken of a region of sky just one-tenth the size of the Moon, contains more than 10,000 unique galaxies. And there are maybe close to a hundred billion galaxies similar to ours in the Universe; each one contains billions and billions of stars and planets, along with huge molecular and atomic clouds of gas and dust. 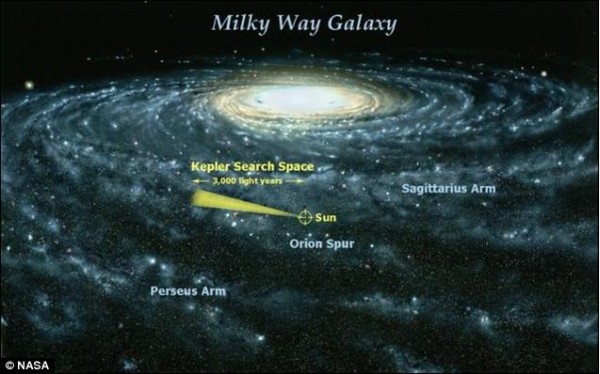 In fact, we've mapped out where the matter close to our neighborhood (within a few hundred million light years) lives, and here's what we've found!

But it gets better. Based on a whole host of observations, we can simulate, on large scales, what the matter in the Universe ought to look like! And what we find, spread out over a sphere 93 billion light years in diameter, is a Universe filled with stars, galaxies, and clusters like so.

All told, there are around a whopping 1080 atoms filling our observable Universe. This is a ridiculously huge number. If you and I were to each choose an atom in the Universe at random, the probability that we'd each choose the same atom is 1 in 1080, or about as likely as winning the powerball jackpot ten times. In a row. 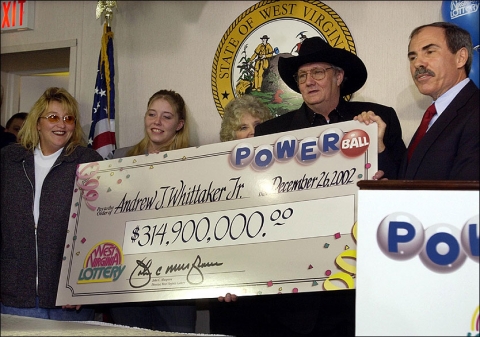 But the Universe is also very large, and these atoms aren't packed together very tightly. So I've got a couple of questions for you.

What if you took all of the atoms in the Universe and packed them together into a solid disk with the same radius as the observable Universe? 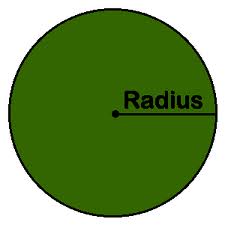 How thick do you suppose that disk would be, containing all of the matter in the Universe?

Let's ask the second one: what if, instead of a disk, you packed all of the atoms in the Universe together into a solid cylinder whose length extended across the diameter of the Universe? 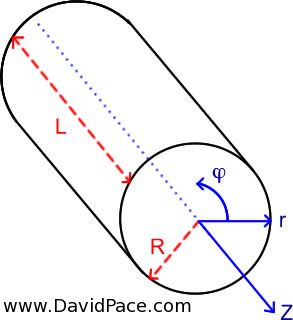 With all the atoms in the Universe packed in there, how thick would this cylinder be?

You've had your fun guessing; I've got the answers all figured out, but where's the fun in a giveaway like that?!

Come on, Ethan, don't be like that! GIMME THE ANSWERS!

Okay, okay already. If you compressed the Universe into a disk, it would be about 200 microns thick, or about the size of a paramecium. 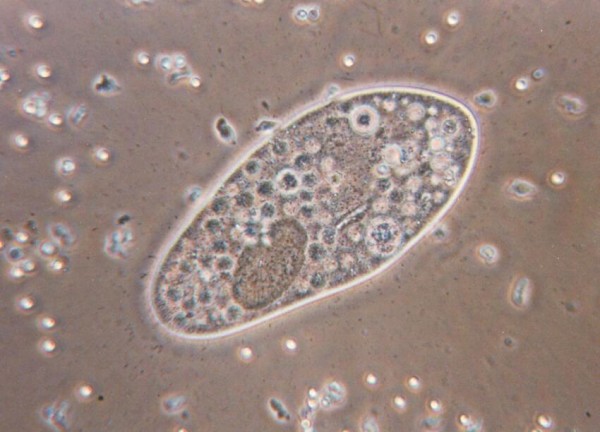 But if you compressed the Universe into a cylinder, it would have the same diameter as Earth's orbit around the Sun!

Pretty impressive? Not as impressive as this fact: the cylinder case would be so dense that it, itself, would be a black hole, with light unable to escape it! Just some food for thought on a Friday, and I hope you enjoyed thinking about it!

Update: I realized that the cylinder wouldn't form a black hole, but an object from which no light could escape stretched across the entire Universe known as a cosmic string! WTF is a cosmic string? You'll have to come back on Monday...

I actually had a conversation similar to this. I found a map of the galaxies within 2 billion light-years from the SDSS3 project. It makes one feel really, really, really tiny.

"All told, there are around a whopping 10^80 atoms filling our observable Universe. This is a ridiculously huge number."

A nice post, but I'll have to slight exception to the above quote. Very large but finite numbers are actually pretty fascinating by themselves and a measly 10^80 is pretty much a no-starter in that race :) If anyone's interested, look up stuff like Knuth's notation, Graham's number and Friedman's TREE function for some pretty awesomely huge numbers.

I am uncertain what density or how tightly the atoms are to be packed in the cylinder or disk. I am probably just missing something but get even more confused when told the cylinder would be a black hole.

Last night I was reading Neil F. Comins's Heavenly Errors: Misconceptions About the Real Nature of the Universe (2001), in which he (a professor of physics & astronomy) states:

Our Milky Way galaxy is but one of an estimated 50 billion galaxies in the visible universe. [pg 64]

Has the count doubled in the last decade, or is anything less than an order of magnitude just considered a rounding error in the wonderful world of astronomical numbers?

Isn't there vastly more non-stuff than stuff? How much space does the non-stuff occupy? (Non-stuff is everything else besides atomic matter, like dark-matter.)

Great post! My answers to both questions were horribly wrong, but I expected that might be the case. I like how much you can learn by viewing something from a different perspective. For example got me wondering what the Schwarzschild radius of the observable universe is, and from that what the density of a typical black hole is. As it turns out, the observable universe is almost 1/5th as dense as a black hole. Madness.

I too was very confused by the issue of density in the hypothetical disk/cylinder. Are the atoms supposed to have the density of paper? A star? A neutron star?

(Now you're probably going to tell me that it would only make a difference of a fraction of a micron, which is why you didn't bother to mention it....)

I admit to not being totally up-to-date on this sort of thing, but I thought all the matter in the universe was at one time compressed into a single point?

"What if you took all of the atoms in the Universe and packed them together into a solid disk with the same radius as the observable Universe?"

with the answer you gave makes it sound impossible to compress all the universe's matter into a point.

Or do you have to take all the atoms and separate them into the smallest possible sub-atomic particles first?

I assumed each atom is a solid sphere with a diameter of 1 angstrom, and was able to get numbers consistent with Ethan's. (Although I screwed up calculating the second one, so that vote was incorrect.)

I wouldn't say that I'm up to date with it either, but my understanding is that matter and antimatter only came into existence at the end of the inflation period and was not pre-existing at the "singularity" (which is also a misnomer discussed in a previous post by Ethan) at the start of the Big Bang. There was a very slight excess of matter over antimatter, and this excess represents all the ordinary matter in the Universe.

Gaah - too busy to do the calculations carefully. I voted "less than 1 atom" but then did some quick (unchecked) calculations and even when taking a 1B lightyear radius for the universe and a spacing of 12 pico meters between atoms I still have a layer over 10**26 atoms thick (obviously my volume calculations are very sloppy, but it's apparent that my initial guess of 1 atom is a mistake of biblical proportions).

"Packed together" is too vague to make this discussion mean anything. At what density? The density of ice? Most of the atoms are hydrogen, so the density of solid H2?

Has the count doubled in the last decade, or is anything less than an order of magnitude just considered a rounding error in the wonderful world of astronomical numbers?

It's the second one. Factors of two are often considered negligible in astronomy. ;-) (and from the wording, I'd say that Ethan was anyway only giving an order of magnitude estimation).

Try these (Ned Wright explains it much better than I can):
http://www.astro.ucla.edu/~wright/cosmology_faq.html#DN

(The error that you probably make is that you think the universe expands at light speed.)

Bugger. Shoulda done the back of the envelope estimates instead of going with my gut and thinking that the Universe is far larger than I could comprehend.

I voted "less than 1 atom" but then did some quick (unchecked) calculations and even when taking a 1B lightyear radius for the universe and a spacing of 12 pico meters between atoms I still have a layer over 10**26 atoms thick (obviously my volume calculations are very sloppy, but it's apparent that my initial guess of 1 atom is a mistake of biblical proportions).

"It depends on what the meaning of the word 'is' is."

Of course, "stuff" can be "packed" into simple metaphysical disks in mathematically boring ways that have little to do with our complex understanding of the "observable universe".

How big would the universe be if it was packed into a sphere?
I get about 5 light years across if you assume that 1Atom = 1 Angstrom & 10^80 particles, but if the particles are protons/neutrons with a radius ~ 10^-15m and they pack like oranges, then I get a bucket about the size of Jupiter's orbit, which seems a tad small.

"How big would the universe be if it was packed into a sphere?"

Please don't, I just had a big bowl of chili and I don't even have room for desert.

Another way to look at it is that if you could get two more universes (for some reason saying that makes me feel like sarah palin) you could use them to cover up the ends of the cylinder...

If you took our current universe and you dropped it, this is how far it would have fallen.

Where is the New Divine Universe and the 7th Heaven?

I voted 'molecule' on the first question, and light years on the second. Pretty close... I knew the cylinder was gonna be much thicker because you begin on the premise of a straight line and extend outward. A disc with the same diameter length as a cylinder of the same length is gonna be incredibly thin in comparison.