Weekend Diversion: Running Through the Universe

"You cannot propel yourself forward by patting yourself on the back."
-Steve Prefontaine

But there are lots of amazing ways to propel yourself forward, indeed. Listen to one of the greatest musical groups of our times, Béla Fleck and the Flecktones, as they perform Victor Wooten's song,

Sex In A Pan,
off their album UFO Tofu.

Last week, I told you about a runaway galaxy, speeding through the Universe and leaving a tail behind it. 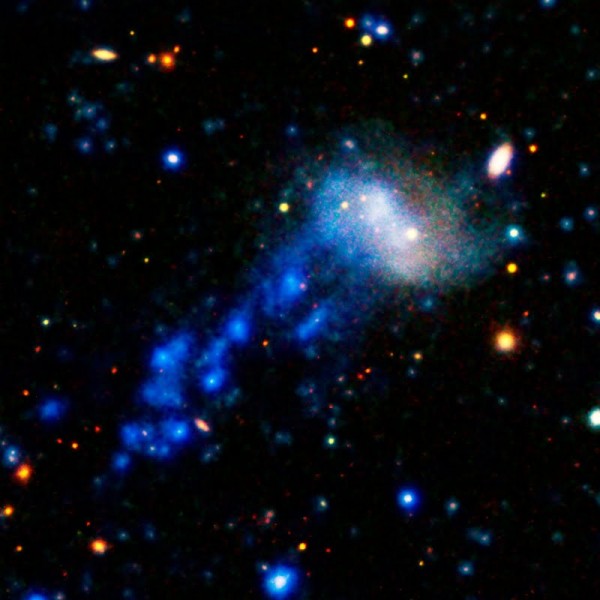 Of course, this is a composite image in visible and ultra-violet light. We saw here that the galaxy looks normal in visible light; only in the ultraviolet can you see that it's really running.

But back in 2002, when Hubble had its new camera installed, it photographed something amazing.

Of course, Hubble is a pro at grabbing distant galaxies. Towards the left of this image, you can see a galaxy merging with another, and a trail of dust behind the smaller, cannibalized galaxy.

But what's that going on all the way on the right side of the image? Let's go over there for a closer look. 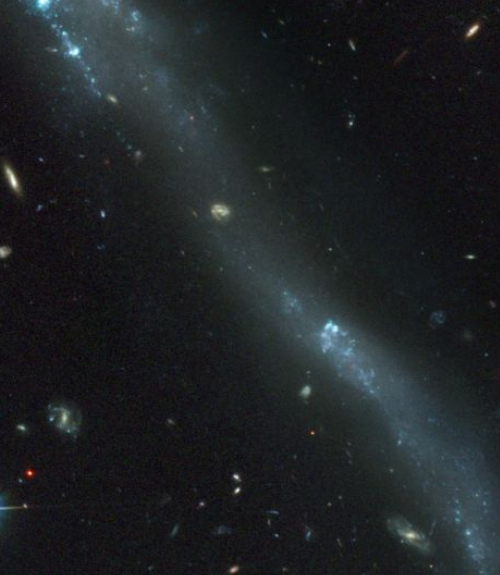 It looks like a large stream of dust, and in various places, it looks like that stream is collapsing to form stars, just like our famed shooting galaxy in the first image!

So what's causing this? Thankfully, when Hubble goes looking for something, it tends to find it! 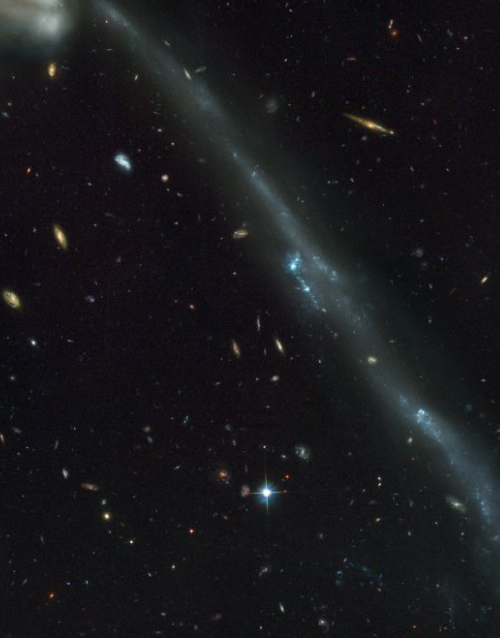 Sure enough, there's something giving rise to this amazing, star-forming tail; all we had to do was follow it! What is this thing? (And of course, click for the large version.) 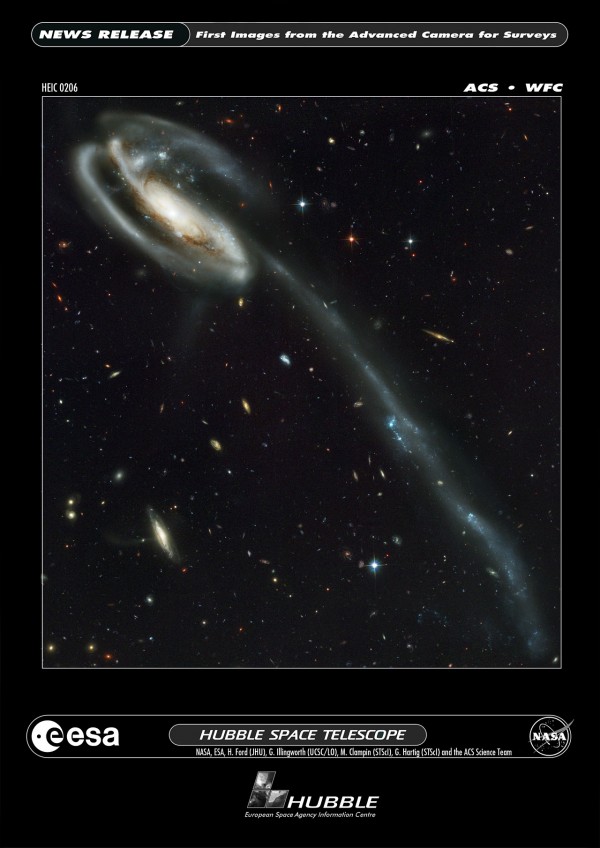 It's the galaxy UGC 10214, as imaged by Hubble back in 2002! It isn't speeding through space that causes it to leave a great tail in its wake; this is part of the cannibalized corpse of a partially eaten, smaller galaxy! But the phenomenon is the same: the dust from the tail is collapsing to form new stars!

Don't believe me? The Hubble shot, above, comes in an amazing, zoomable, hi-res version, and I can grab these new, star-forming regions for you! 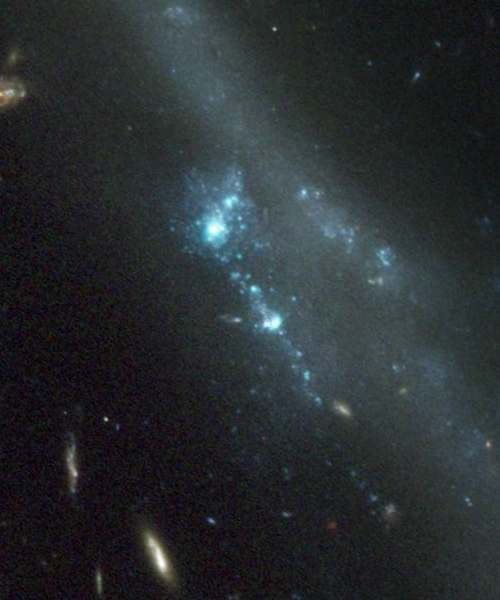 Seriously, I can spend all day looking at these hi-res Hubble images, and check out all the amazing wonders that are running through our Universe! (You can enjoy them, too, at spacetelescope.org and hubblesite.org.) Hope you're having a great weekend!

Forget Shooting Stars; How About a Shooting Galaxy!

"Keep up the good work, if only for a while, if only for the twinkling of a tiny galaxy." -Wislawa Szymborska You all know about shooting stars. Seen from Earth, mostly during meteor showers, these aren't stars at all, but are tiny fragments of rock that hit the Earth's atmosphere, and streak…

"I should like to lie at your feet and die in your arms." -Voltaire Every object that we look at for Messier Monday has its own flavor, its own qualities, and its own unique characteristics. By far the most numerous of the 110 deep-sky objects making up the Messier catalogue are the galaxies, of…

"Most writers spend their lives standing a little apart from the crowd, watching and listening and hoping to catch that tiny hint of despair, that sliver of malice, that makes them think, 'Aha, here is the story.'" -Ayelet Waldman Welcome back again to another Messier Monday, where we're all set to…

How many light years long is that structure? How wide is the structure of gas and dust particles? Was this apparent 'rift in space' like a wake of a speedboat on water and the subsequent star formation was small vortexes within the gas and dust?

Another dandy, Ethan, and thanks. One suspects that the Magellenic Clouds represemt the same phenomenon vis-a-vis the Milky Way. Also agree re Bela. I`ve seen him live four times now - ever a pleasure.

I love this freaking blog. Ethan, pls never stop. This is the internet at it's best.

I saw Bela Fleck solo at a workshop here in Orlando a couple of years ago. Not my bag really, but it was interesting to see, and my friends ate it all up. Not a bad evening.