Hubble for the Holidays: A Bauble of a Bubble

"When I had satisfied myself that no star of that kind had ever shone before, I was led into such perplexity by the unbelievability of the thing that I began to doubt the faith of my own eyes." -Tycho Brahe

Supernovae are the most spectacular death-knells of the largest stars in our Universe. Nearly all stars burn light elements into heavier ones, releasing energy through the incredible process of nuclear fusion. 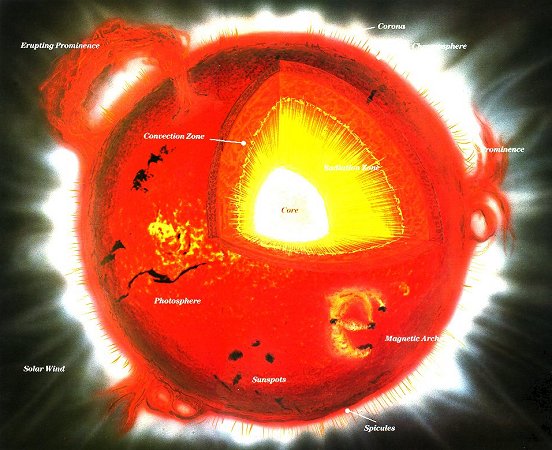 But all stars eventually run out of this fuel. For our Sun, we've got about another 6 billion years left. But the more massive your star, the faster it burns through its fuel. Whenever you have a star more than about four times as massive as our Sun, it will exhaust all of its fuel in well under one billion years. (In fact, for the largest stars, they live under 100,000 years!)

But what happens to these supermassive stars when they do run out of fuel? Do they just whimper and die?

No; they die in a beautiful explosion known as a supernova! But unfortunately, the video above is an artistic reconstruction. If we look at the last supernova visible in the Earth's night sky to humans, we have to go all the way back to 1604. And visually, if we look with our telescopes now -- even with Hubble -- what we see is rather disappointing. 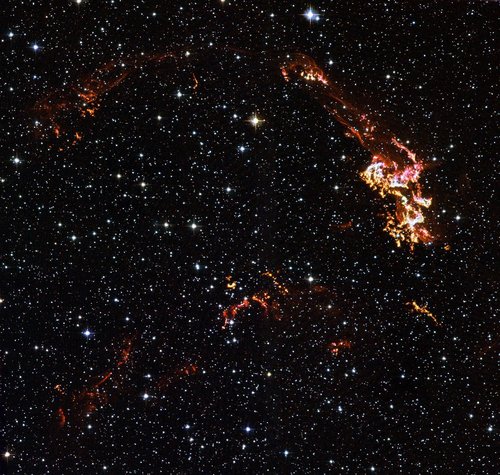 It's like getting to the fireworks show, and only catching the last, extinguishing flames of what was once a beautiful show.

Now, we can look with X-ray or infrared eyes, and see some interesting features. 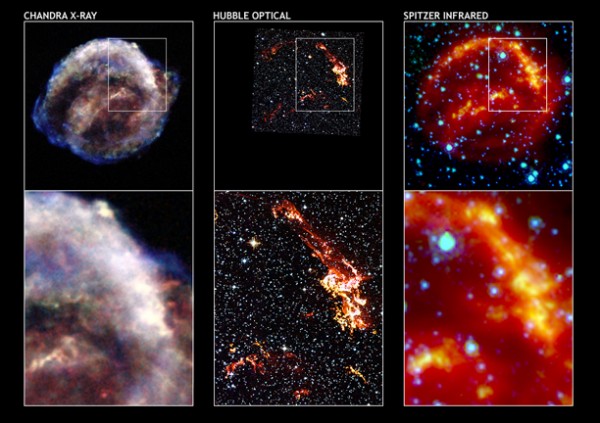 But it just isn't the same as seeing what this was like, visually, shortly after the explosion. Thankfully for all astronomers and fans of outer space, we detect supernovae in other galaxies far more frequently than every few hundred years.

One such galaxy -- the Large Magellanic Cloud -- is only 160,000 light years away, and has a lot of huge young stars, that are happy to die and explode before our very eyes. 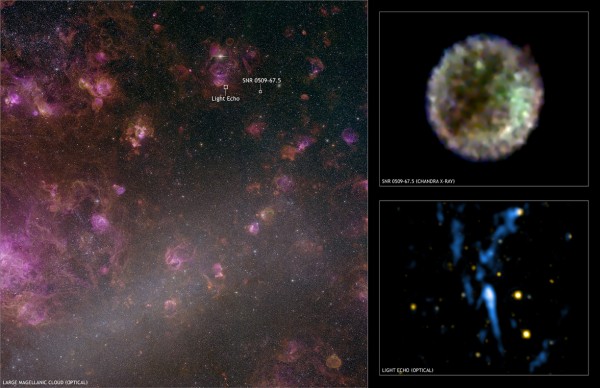 In this composite image of an optical, ground-based image and the Chandra X-ray observatory, we can detect a recent supernova remnant: SNR 0509. Here's a video of the "light echo" of the explosion, courtesy of Chandra.

Although this explosion also took place about 400 years ago, it left a lot more behind than Kepler's supernova did in our galaxy. But it took the amazing power of the Hubble Space Telescope to find it. 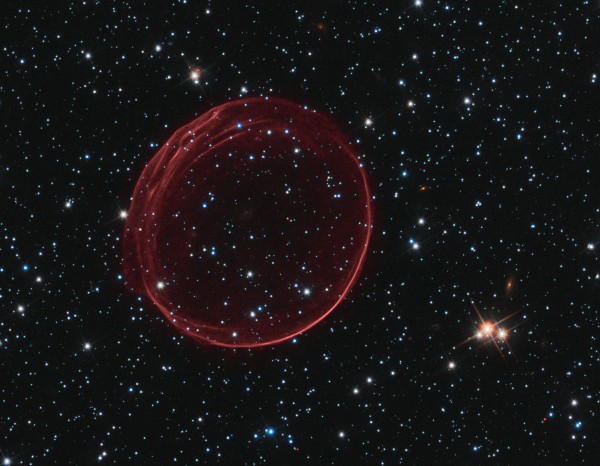 Is this really a giant bauble of gas associated with the supernova? Well, we can combine the Hubble and Chandra images to know for certain. 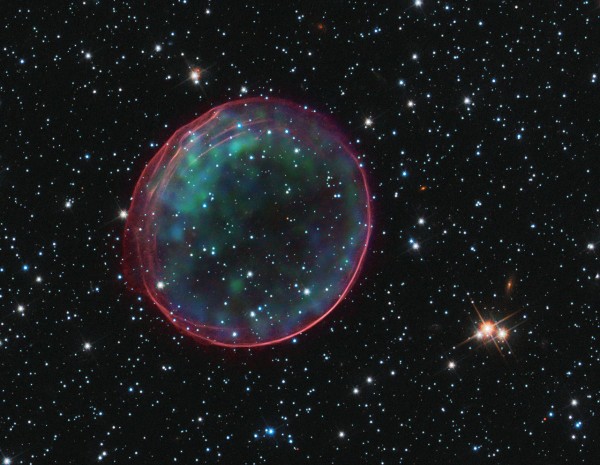 It's amazing, really, the resolution that Hubble can still get! And, of course, we can examine some amazing details if we poke around inside the bubble itself! Such as...

Giant filaments of hot gas, literally stretching light years across the sky! The bubble, in fact, is a whopping 23 light years in diameter. (And to get an appreciation of Hubble's resolution, remember, this image is of a single, dead star 160,000 light years away.) 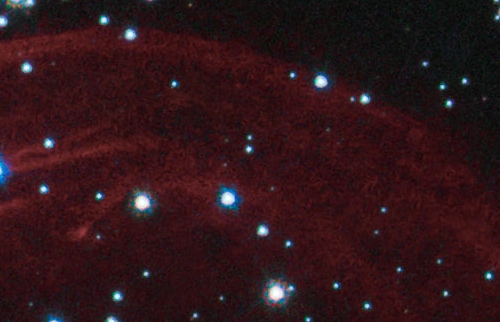 A dim side, where the hot, expanding gas is far less dense than elsewhere. Unlike Tuesday's images, this bubble is so bright that the exposure time is too small to see distant galaxies; otherwise, the brightness of the stars would overexpose this photograph! All I've been able to find, in the entire image, is one. 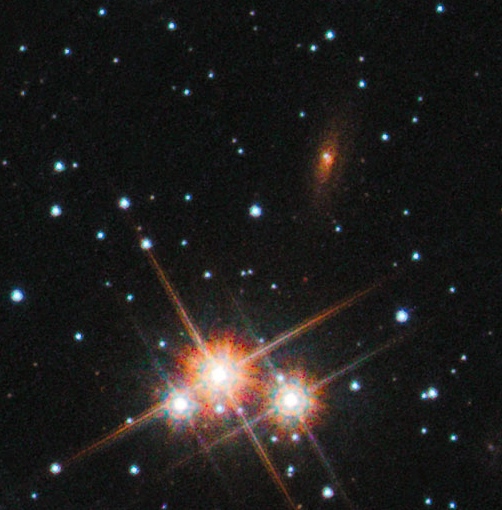 What we mostly get, instead, is a cluster of (apparently) super-bright stars from our intervening galaxy, and what appear to be normal stars from the LMC itself. So thanks to you Hubble, for the beautiful holiday ornament. To all my Southern Hemisphere friends: this one's for you!

" If we look at the last supernova visible in the Earth's night sky to humans, we have to go all the way back to 1604."

wow, I must need more coffee, was referring to SN1987A.

@alex -- You're right, but as long as an object expands slowly compared to the speed of light, the near and far sides are at about the same stage of development. Suppose a supernova remnant is 1000 years old, and expanding at 5% of the speed of light (they expand somewhat slower than that, generally). Then by now it's 50 light years across (which is very big!), but the timing difference between the near and far side is only 50 years, out of 1000.

With cosmology, the light-travel time effect is key -- it's what makes it possible to look back in time, as it were.