"The makers of entertainment must try, in our field, to be honest and grown-up." -Elia Kazan

There's a lot of negativity in the world lately, from natural disasters to social, political, and economic strife. But this week also saw the 100th International Women's Day go by, and what I saw was so inspirational that I decided to share one piece of it with you. 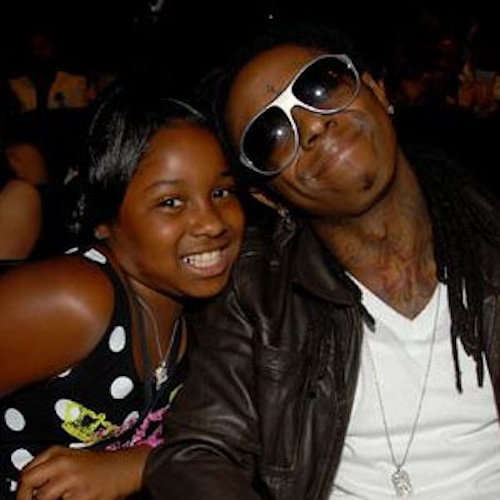 This is Lil Wayne: a young, successful musician with four kids, including a 12 year-old daughter. By all accounts, Wayne is a good dad -- something his father never was -- and an intelligent, independent-minded man.

But his lyrics are often filled with misogynistic, negative messages about women. Well, a small group of people decided to do something about it. 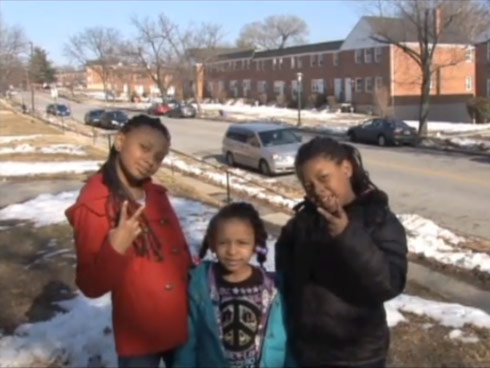 Say hello to Nia, Nya, and Kamaria, who are 10, 9 and 5 years old, respectively, and go by the name Watoto From The Nile. And they take Wayne to task for this, challenging him to be a better role model for kids everywhere, but especially for his own daughter. Have a listen.

It's actually very good for what it is, and I particularly appreciate 9-year-old Nya's lyrics:

My daddy told me I'm a queen, but you call women other things

It makes me mad, I can't pretend

Sir, don't call me out my name again.

And don't you think it's kind of mean to disrespect a royal queen?

I hear you got a little girl, does she get the same referral?

You call the world, not trying to lean, I hope you call her little queen.

It's awesome that we live in a world where this point-of-view can be heard, and as of the time that I'm writing this, their video already has 800,000+ views. Because this radical idea, that women are people, is something I think everyone -- boys and girls -- should grow up with. If that's the definition of feminism, then we should all strive to be feminists in all of our interactions with the world. And I hope you're all as proud of these girls as I am, for standing up for themselves and for women everywhere.

You don't know how nice it was for this Astronomy teacher (who happened to be unknowingly drugged in a bar last week) to read this post. THANK YOU. The world needs more male advocates like you!

These little girls are the greatest! I doubt that Lil Wayne will listen because he's built his business on disrespect and profanity.

It is a true pity he has a daughter who will likely hear her fathers's lyrics and learn to distrust him totally.

You somehow changed the video back in the Jupiter post to be the Lil Wayne song just FYI.

Performers are chiefly concerned with the capital success of their products and play to the pay accordingly. Unfortunately there is still a huge market for things insane, violent, profane and "filled with misogynistic, negative messages about women" through which some listeners can apparently feel empowered in some way, in this case men over women, at least until the rush is over and any sense of reality returns.

Rush? Music and more direct artificial power trips both release endorphins which are each as addictive as any drug and we all take them in our own lil way. Taken in such a combination Wayne's stuff might be compared to crack cocaine as opposed to straight blow, not that this has anything to do with the actual drugs of course. It's a metaphor.

Thus money trumps the general sense of morality in this case (as with most) and until the market dries up such music shall continue to test the pale. And yes, you can take the word "pale" in any number of ways.

Awesome! Nice to hear this lovely piece of music. These cute girls the queens on the land made me more optimistic about future. The world is changing. The next generation will cross useless boundaries in minds for making better world.
As you said these days there are so many bad news from all over the world.Thank you for this music and this post.

Kudos to you for posting this and I hope he gets the message.