Weekend Diversion: For us to Remember, for the Kids to Discover

"Wanting to be someone else is a waste of the person you are." -Kurt Cobain

Back in the early 1990s, not only a new sound, but also a new attitude emerged in Rock 'n' Roll. One that was dark and heavy, one that expressed the frustration and malaise of youth, and one that -- perhaps surprisingly -- swept the nation. The most prominent of these bands, without a doubt, was Nirvana, and here's their opening track off of my favorite album of theirs (and easily one of the best of all time):

About A Girl.
Although it aired on MTV in December of 1993, I first heard that album about this time of year, seventeen years ago. Why's that? 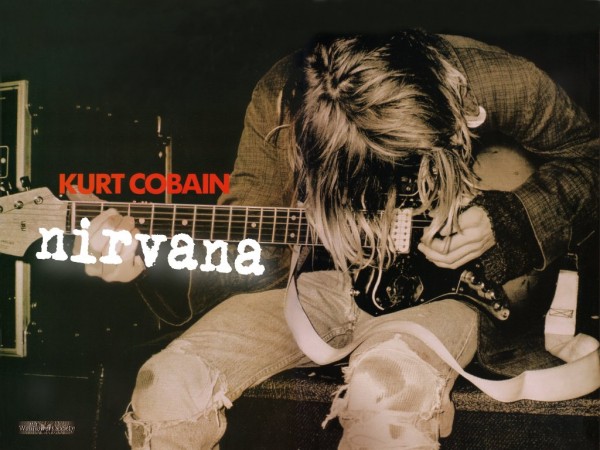 Because earlier in the month, Kurt Cobain took his own life, at age 27. But it was easy to see why his music was so popular: in all of his songs, he sang about something universal to all young people: frustration. 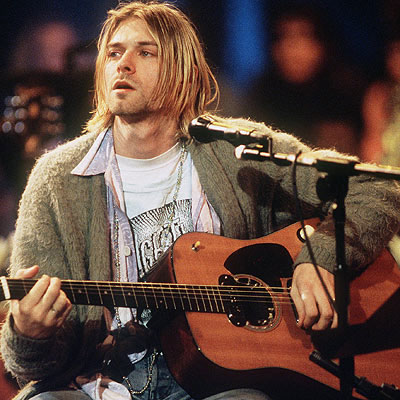 Frustration about life, about ineffectiveness, about dissatisfaction with the world and with yourself. It came out in interviews, too.

I really haven't had that exciting of a life. There are a lot of things I wish I would have done, instead of just sitting around and complaining about having a boring life. So I pretty much like to make it up. I'd rather tell a story about somebody else. 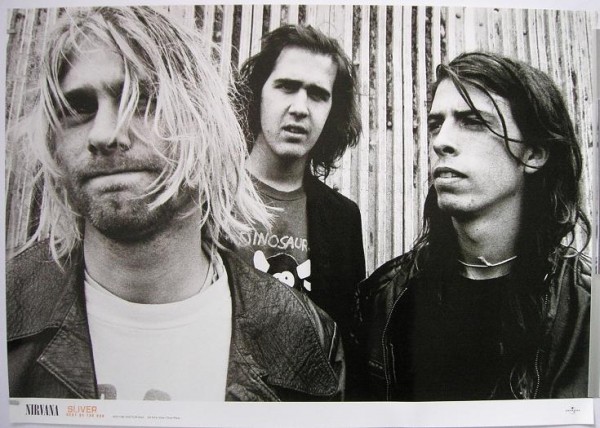 Which is why it was incredibly sad (but not at all shocking) when we all learned that Kurt Cobain -- after suffering problems with depression and heroin addiction -- committed suicide in April of 1994.

For me, as I'm sure for many of you, that entire album holds a special meaning. While I'd heard it many times and even owned a copy, it wasn't until the summer of 2001, where someone broke into my car and stole all my music while I was moving from Los Angeles to Florida for graduate school, that this album came to mean so much to me. A couple of friends of mine (hi, Chris and Diane!) let me borrow a few of their CDs for my great road trip, and I must have listened to this one about 40 or 50 times in my car during that summer. Hearing songs from it still reminds me, very fondly, of that trip and of my old friends. (And for some reason, of Frosted Flakes. Go figure.)

While the younger of my readers are probably more concerned with this, 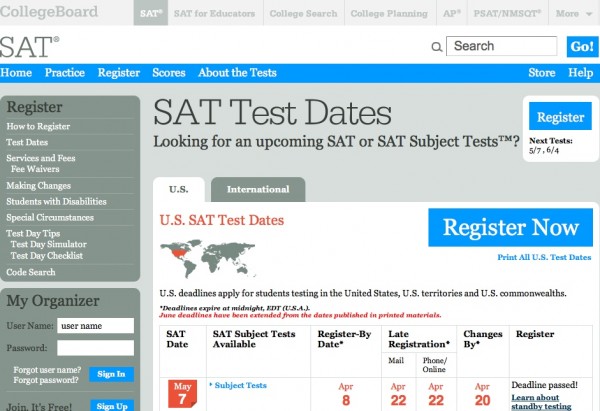 Those of you taking the SATs now will likely go to college in the fall of 2012, and will be the first class that has never known a world with Kurt Cobain in it! I'd like to encourage you to discover not just the Universe around you, and not just yourself and your interests and passions, but also the art and music that speaks to you.

And to everyone, Happy Easter/Passover/Weekend/Springtime/Everything!

I recently have started listening again to the MTV unplugged recordings. That, more than their studio albums had a huge influence on my teenage years!

If you like Nirvana you definitely want to head up to Seattle to see "Nirvana: Taking Punk to the Masses" the new exhibit that opened last weekend at the Experience Music Project.

funny you post this, the other weekend i was listening to Incesticide and remembering how good Nirvana was. The question I still have is if Nirvana still resonates with "the kids these days" in any way to did to our generations that grew up with Kurt and his music.

When I define my childhood by its music, Nirvana and the Red Hot Chili Peppers are usually the first I list. As someone who's still an undergrad, I'm not sure if I count as one of the kids...but either way, Nirvana continues to resonate with me. Although when I think about it, my freshman-in-high-school cousin is a fan of Nirvana. I believe the music shall linger on.

I'm 23. I was born and raised in Seattle but went to college in Iowa. Most people in Seattle could pick out a Nirvana song when they heard it, and there were still quite a few who listened and with whom Nirvana resonated. I'm one of them, though perhaps not as much as those who grew up *with* Nirvana.

When I went to Iowa, I was hard pressed to find many people at all who had *heard* of Nirvana let alone listen to their music. However, these were also the kinds of people who did not appreciate music such as this.

I don't really have any memories of Nirvana, as I was pretty young. However, I have greatly enjoyed discovering Nirvana. But they aren't "my" band. Nirvana is up there (perhaps my top 5, definitely my top 10), but those that speak to me are Flaming Lips and Death Cab for Cutie.

Also, I'd like to point out that Cobain most likely killed himself when he did, because he received news that Justin Beiber had been born one month prior.

Originally I knew Nirvana only because of Smells Like Teen Spirit and one other hit I can't quite remember. I wasn't particularly impressed - they came of as an orchestrated, over the top the-kids-will-like-this kind of slap-together indie rock band. They didn't strike me interesting enough to hear more from them, and in fact the hysteria around Cobain's death drove me even further off.

It wasn't until long after his death that I first heard MTV's unplugged recording(from a CD - I wouldn't like to have any video footage to contaminate this experience). What a complete surprise it was. The band members took off their masks and played close to the skin. It is one of the best live recordings I ever heard - you're never out of touch with either the audience or the band, as the sound is just perfect. You can almost feel like you're actually there, eerily close to Cobain's audible discomfort with life.

Unplugged is what first really turned me onto music. Before that I basically liked whatever MTV was telling me to like. In fact, if it wasn't for that album and band, I never would have taken up playing music. I have since lost much of my zest for playing, but when I do play I always end up with Nirvana coming out of my fingers.

Frustration about life, the world, and yourself; suicidal thoughts. They don't necessarily go away; they haven't with me; and I'm ancient.

But learning to appreciate and express your original and unique self (cutting yourself some slack); makes suicide a much less attractive option.

Daring to know yourself means daring to know others. We find in relationship that our good and bad qualities are exactly the same.

Yes, boredom, frustration and depression are good qualities too; they can allow us to understand someone whom others write off or to see what others dare not.

But don't stop there; know yourself and others a little more. To know one another is to change one another. And then again.

The frustration about suicide is that...

So cut yourself some slack; some days, it's just your (my) day to be an asshole.

The Unplugged session is remarkable for a couple of reasons beyond the great performance. Given the free opportunity to promote themselves the band instead generously gave equal weight to promoting the songs of other artists. The recording was also done in one take, despite Cobain going through heroin withdrawal at the time.

and will be the first class that has never known a world with Kurt Cobain in it!

So anyone who went to college before 1967 doesn't count?

grung is not dead