What will the Sun look like when it dies?

"To correct a natural indifference I was placed half-way between misery and the sun. Misery kept me from believing that all was well under the sun, and the sun taught me that history wasn't everything." -Albert Camus

Our Sun has been shining brightly for over four billion years now, giving light, heat, and energy to our entire Solar System. But -- like every other star -- it won't continue to burn forever. In an estimated five-to-seven billion years, the Sun will cease its nuclear fusion reactions, and eventually contract down into a white dwarf star, losing a good fraction of its mass and shining only about one millionth as bright as it does now. 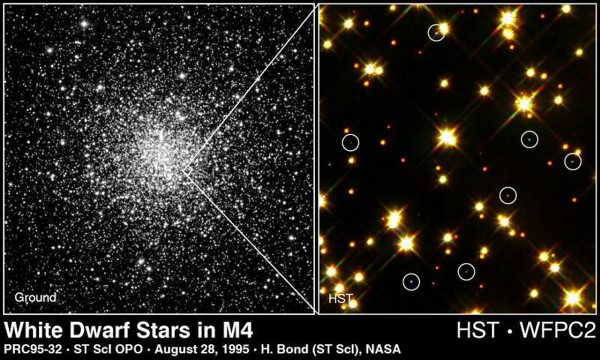 But in between when the Sun burns like it does right now -- like the "normal" stars in globular cluster M4, above -- and when it will burn like a white dwarf -- like the circled, dim stars above -- something quite spectacular will happen to our Sun. 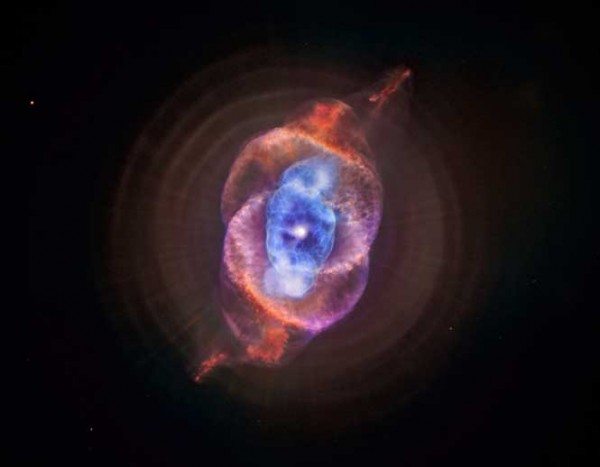 Like the beautiful Cat's Eye Nebula, the Sun will blow off its outer layers, producing a gorgeous planetary nebula!

What's very uncertain is what this nebula is going to look like. After all, planetary nebulae come in all sorts of beautiful shapes and colors. 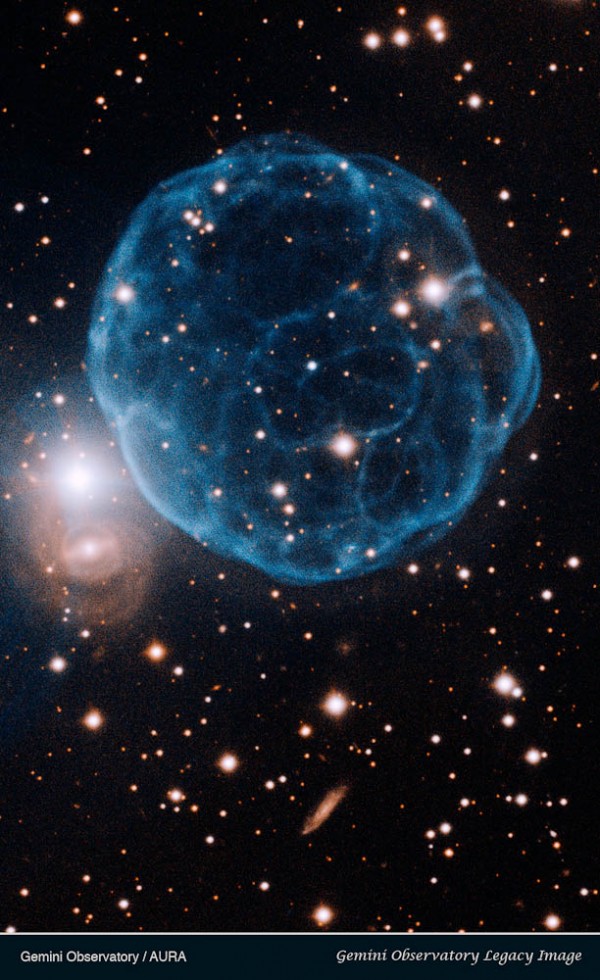 Will it look like the beautiful, newly discovered Soccer-Ball Nebula? This shape looks like the outer edge of a series of mushroom clouds, but overall, is pretty close to a sphere.

Or will it have more of an asymmetry to it? 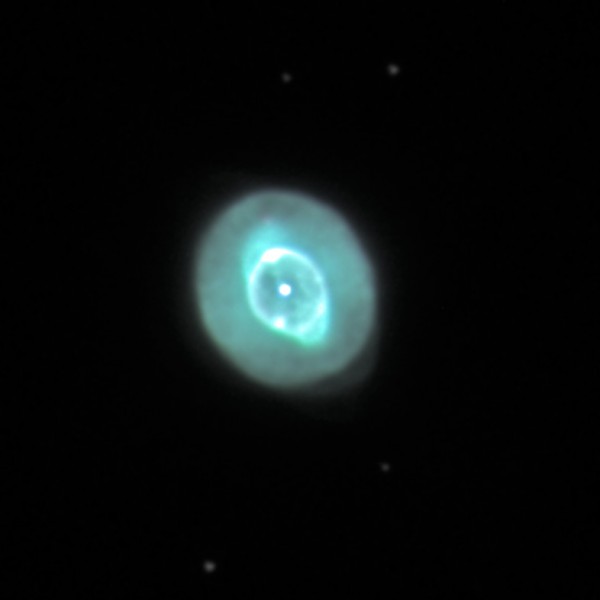 Maybe it will wind up looking like the aptly named Ghost of Jupiter, which really does look this blue through a good amateur telescope!

But this is hardly the most asymmetric planetary nebula. Only something like 20% of all planetary nebulae have a roughly spherical shape, with perhaps the best-known one being the Ring Nebula. 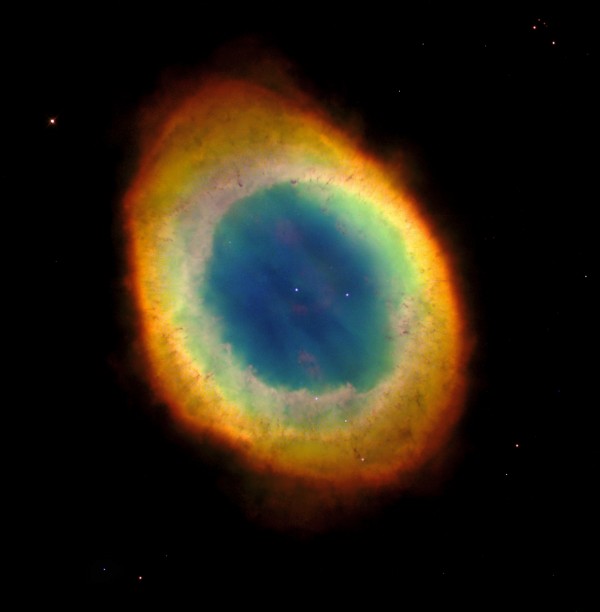 The other 80% clearly look different in different directions. While some of them look like the Ghost of Jupiter or the Cat's Eye Nebula above, there are some really, really striking, extreme ones. 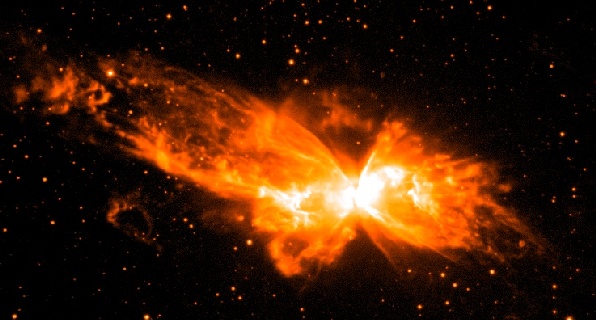 There's planetary nebula NGC 6302, which has the hottest (presently) known star at its center, at 200,000 Kelvin. It also has a particularly dense, massive equatorial disc, and of course, the spectacular lobes in either direction.

But this is not even close to the most extreme example of a bi-polar planetary nebula. Because some of them look something like this. 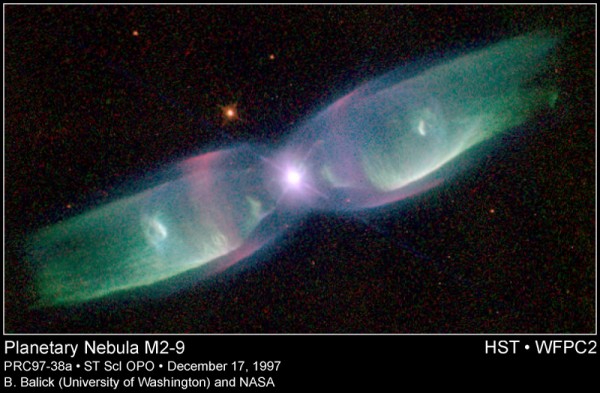 Known as the Butterfly Nebula, the Twin-Jet Nebula or, more technically, Minkowski 2-9, these extreme "columns" are actually very common features of planetary nebulae.

And if you're at all curious, you might start to wonder why some of them are spherical, while others have quite severe asymmetries.

Lucky for you, we have large groups of excellent scientists who work on this. Want to know what they've found? 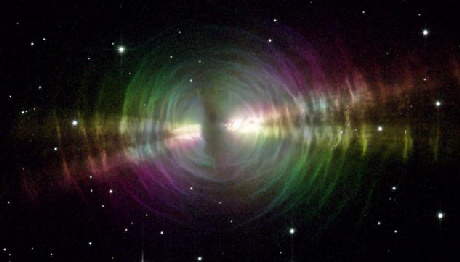 There are lots of interesting factors that cause these shapes! Some, like the Egg Nebula, above, are not even in the planetary nebula phase yet! This pre-planetary nebula comes from a dusty, giant, single star, presumably rotating and with a strong magnetic field.

But rotation and magnetic fields doesn't explain everybody. Take a look at the Southern Crab, below. 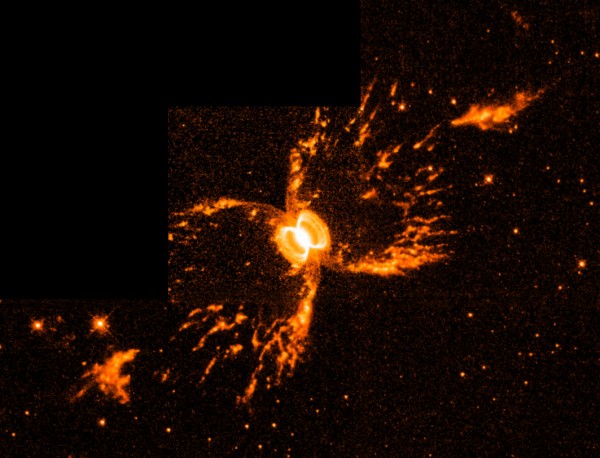 This is actually a pair of stars -- a variable giant star and a white dwarf -- that produces this gorgeous shape.

These four factors that we've talked about so far, rotation, magnetic fields, circumstellar disks and binary companions, we believe, are the major determining factors for what your planetary nebula looks like. 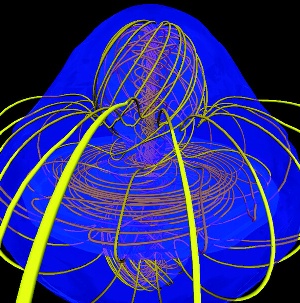 Illustration credit: S. Matt, A. Frank and E.G. Blackman, from The Astrophysical Journal 2006. 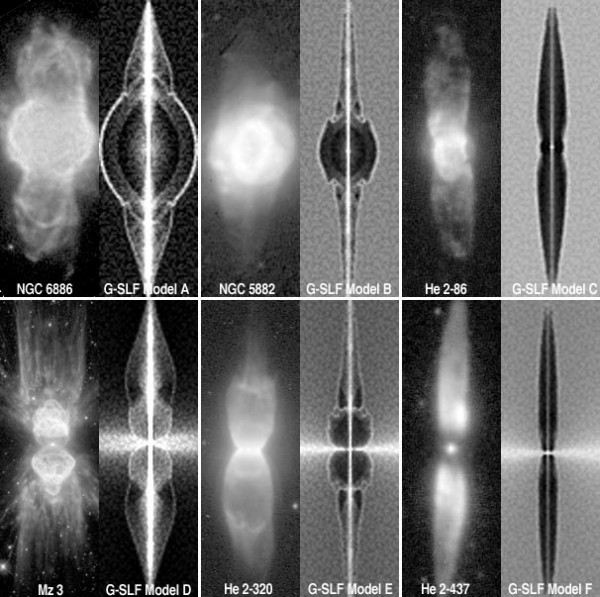 While it's thought that -- to some extent -- each of these nebulae involve magnetic fields, any one (or a combination) of the other three factors can produce the asymmetries shown above. Which is pretty amazing! Depending on how dusty we get, whether we get a circumstellar disk, and how quickly our Sun winds up rotating in its final phases will all determine what our Sun's final fate looks like. (At least we know we're not a binary star!)

But at this point, we can marvel not only at the variety of possibilities, but at the great complexity that nature offers us, if only for the briefest of moments.

It should be noted that the exhaustion of hydrogen as an energy source will result in the contraction of the suns core and starting to burn Helium which will cause the nebula to form. The sun being less that 1.4 solar masses in size it will stop there, and not go on burn heavier and heavier elements until iron is reached and a supernova results.

It looks like from those pictures that there must have been multiple events to create some of the concentric halos --- or am I seeing things. So when the Sun blows "off its outer layers" as you say, would it happen all at once or could there be multiple explosions?

Zippy, nova-like events can occur multiple times. Basically it's a stabilization game between the outward pushing nuclear forces and the inward contraction of gravity. There can be regular disturbances which cause a shedding of outer layers, after which they become balanced again and, slowly, proceed toward another imbalance. This can happen multiple times and, as you can see in the pictures, produce that lovely ripple effect.

how did you get pic of all the stars and comices

how did you get pic of all the stars and comics...thats what I thought