"If you are fearful, a horse will back off. If you are calm and confident, it will come forward. For those who are often flattered or feared, the horse can be a welcome mirror of the best in human nature." -Clare Balding

One of the most iconic astronomy images is that of the Horsehead Nebula. Located just off the easternmost star along Orion’s Belt, the Horsehead is remarkable for being a “dark” nebula rather than emitting or reflecting light on its own. This is due to its dust-rich nature and the background emission nebula, caused by bright, young stars that ionize the gaseous interstellar material. 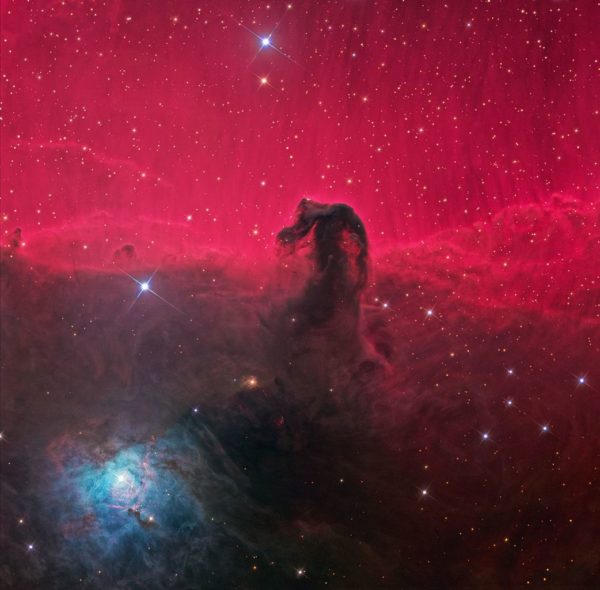 The dark Horsehead Nebula, with the red emission nebula behind it and the blue reflection nebula where new stars live at its base. Image credit: Ken Crawford, under a c.c.a.-s.a.-3.0 license.

But in 2013, the Hubble Space Telescope team released an infrared view of the Horsehead, presenting a wholly unfamiliar view of this familiar astronomical sight. What it revealed was a slew of nebulous materials, low-mass interior stars and star-forming regions deep inside the nebula itself. In 2018, the James Webb Space Telescope should give us views beyond anything we’ve seen before; the Hubble version is just a hint. 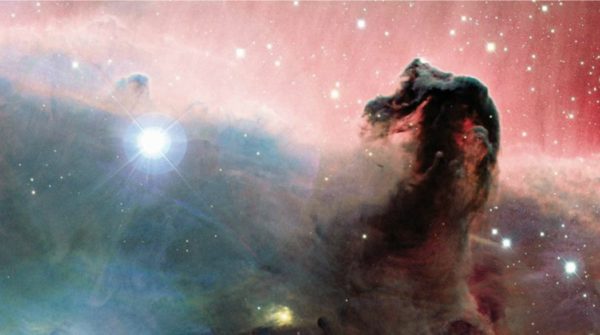 Come get the full story and a slew of amazing images and views of the Horsehead Nebula on today’s Mostly Mute Monday!