Colder than empty space? How the Boomerang Nebula does it (Synopsis)

“If you want your boomerang to come back, first you've got to throw it.” -Steven Hall

If you take all the matter out of the Universe, all you’d have left to warm you would be the radiation from the Big Bang’s leftover glow: the cosmic microwave background. At just 2.7º C above absolute zero, there’s no way of escaping this omnidirectional heat bath, as weak and ineffectual as it might be. Yet right here in our own galaxy, we’ve got an example of something even colder: the Boomerang Nebula. 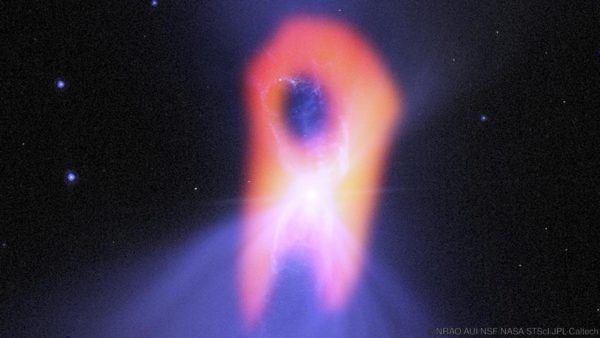 A millimeter-wavelength view of the Boomerang Nebula. Image credit: NRAO/AUI/NSF/NASA/STScI/JPL-Caltech.

It’s incredibly counterintuitive, as this preplanetary nebula is being formed by a star who’s surface temperature is many thousands of degrees. Yet thanks to some surprisingly simple physics, the possibility of an object like this was theorized years before it was discovered. At just 0.5 K, it’s the coldest place in the Universe known so far. 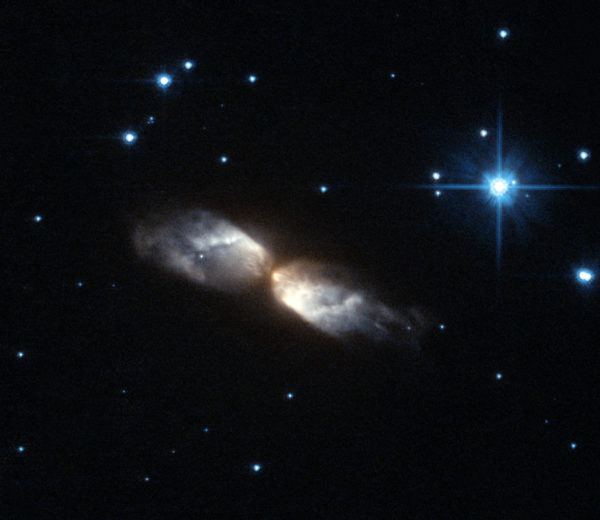 The preplanetary nebula IRAS 20068+4051 is hotter than the Boomerang Nebula, but is still an intermediate phase between a red giant and a planetary nebula/white dwarf stage. Image credit: ESA/Hubble & NASA.

Can you guess how it got to be so cold? Come and find out the answer!

Is that the way the kids are talking nowadays? It used to be "proto–planetary nebula" (note en dash) when I was on the AAS journals.