Weekend Diversion: The Real Reason to Win A Nobel Prize

"Oh, you gonna love this, boy. Tyrone calls you up, you know -- in the game -- and he says 'I can dig more clams than you, stupid!' And you gotta say 'Nuh-uh, boy!' And y'all gotta race down to the beach with your buckets and your shovels, and the object of the game...is to find parking." -Meatwad

The winners of this year's Nobel Prizes were announced this past week, and in honor of that, I present to you M. Ward's song,

Eyes On The Prize. 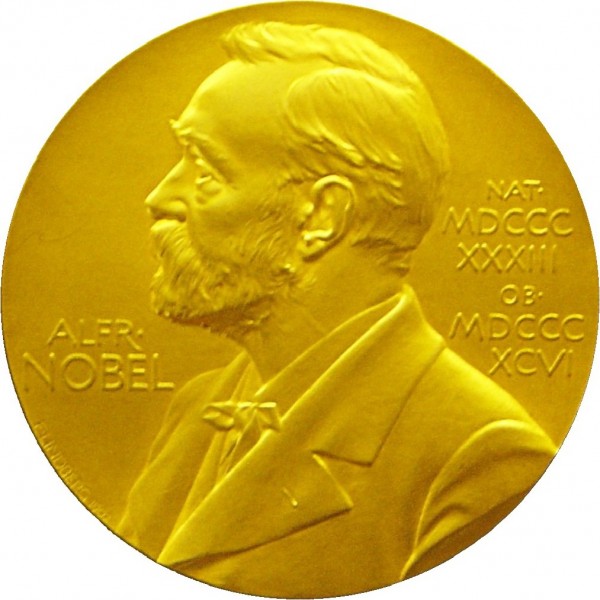 This year, I was ecstatic to report that the Nobel Prize in Physics went to three cosmologists, for their discovery -- through observations of distant supernovae -- that the expansion of the Universe was not only not slowing down, as expected, but was actually accelerating! 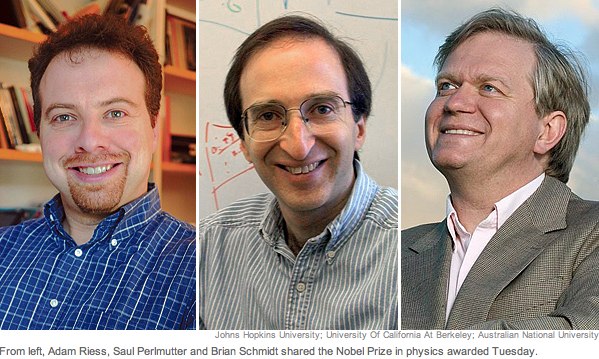 Sure, Adam Riess, Saul Perlmutter, and Brian Schmidt (above, from L to R) will no doubt enjoy the glory of winning the prize, as well as the cash, the medal, and the diploma that comes with the award.

But for Perlmutter, of UC Berkeley, there's something even more important that comes with the award. 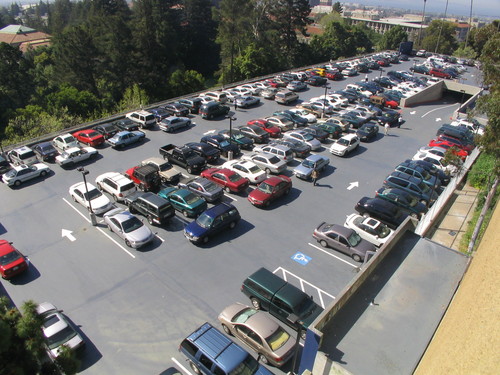 From the UC Berkeley News Center (bold emphasis mine):

Inevitably, a reporter wondered when Perlmutter would get his Nobelist's parking permit, one of the international prize's notable campus perks. "I was assuming today," Perlmutter replied, adding that "the only reason to win a Nobel Prize is so that you can park on campus."

In answer to the reporter's question, the Chancellor leaped up and presented Perlmutter with an NL (Nobel Laureate) parking permit. 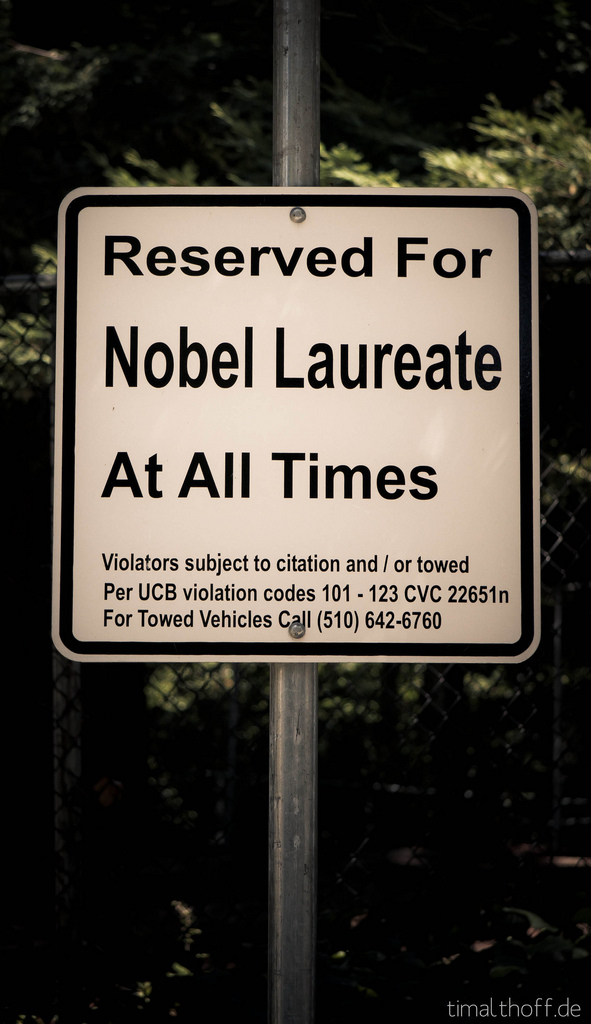 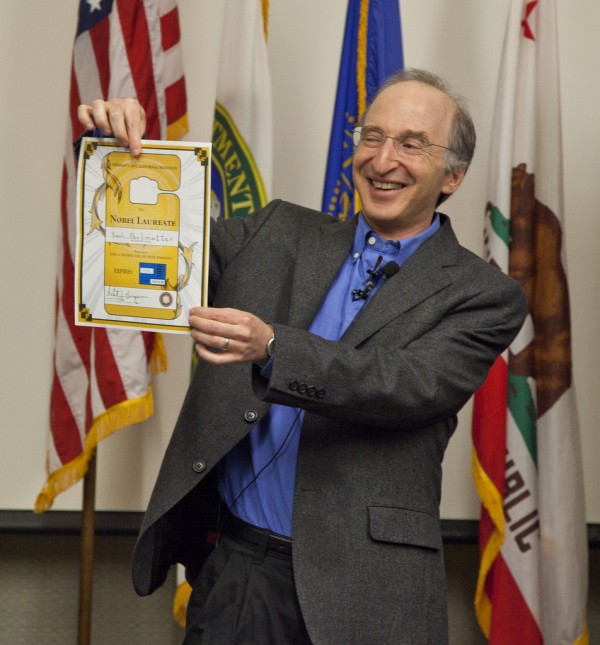 May we all find this level of happiness!

the hidden secret behind the Nobel Agenda ;))

As an astrophysics major at Berkeley, the N.L. parking (right outside the physics and astronomy buildings) was easily the biggest source of jealousy and motivation. Parking around campus there is a nightmare, even professors have to park blocks away from their classes/office and are often late to lectures!

I haven't been at UC Berkeley since I gave a cosmology talk there back in 2005, but I remember not only the nightmarish parking, but also how coveted the N.L. spots were!

Parking is a huge problem at nearly all of the Colleges and Universities I'm familiar with, and although it must look ridiculous to many unfamiliar with it, there's much more than an ounce of truth to this being the biggest prize Perlmutter's gotten out of his work!

Darn. I thought this was going to be a post about the Nobel groupies.

Gosh, didn't think that could be the reason.

An old joke places "parking for the faculty" first on the list of three things a successful university president must provide (the other two being "football for the alumni" and "sex for the students"). Even on small-town campuses, it's a significant problem. Even in car-centric places like Huntsville, AL (at the time I visited UAH, Huntsville had the dubious distinction of being the largest US city with zero public transit), it's a significant problem. On an urban campus like Berkeley, fuhgeddaboutit. There is generally some availability up the hill (which, fortunately, is where the people I usually visit are to be found), but in the core area of campus, availability is just about nil.

Brian Schmidt has no need of an additional parking permit. There's always loads of it at Mount Stromlo.

So who is the poor bugger that dropped off the bottom of the parking pecking order for Mr Perlmutter?