The 3 most surprising elements (Synopsis)

“We cannot conceive of matter being formed of nothing, since things require a seed to start from… Therefore there is not anything which returns to nothing, but all things return dissolved into their elements.” -William Shakespeare

Every element found on Earth was made in either the Big Bang or the cores of stars… except these three. 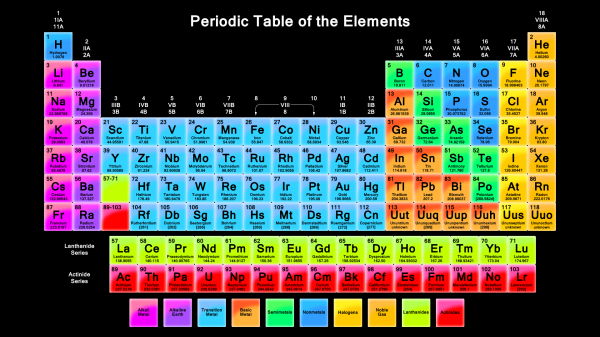 When you look at the periodic table of the elements, you're likely familiar with the fact that everything found on Earth is made up of some combination of these varied atoms, each with its own unique properties. And it's true that the lightest of these elements -- hydrogen and helium, in particular -- were formed in the Big Bang, while the heavier ones -- carbon and above -- were formed in the interiors of stars. But if we look at the abundances of the elements in the Solar System, we find something a little weird.

There's a tiny -- but non-zero -- amount of elements #3, 4 and 5: lithium, beryllium, and boron. They're not made in stars; in fact, they're destroyed in stars! Where, then, do they come from? Go read the full story at Starts With A Bang on Medium and find out!

@Ethan: Thank you for including that (N-1)th picture referencing an intranuclear cascade model! I'm currently responsible for one of the three low-to-medium energy cascade models in the GEANT4 simulation toolkit :-) And we still refer to those models in our package as the "spallation framework."

I've read a while ago that Lithium abundance is significantly off in comparison with theory and observation.

Does this mechanism of spallation correct that or is Lithium data still a big problem. From the article it seems all is ok and fits the theory perfectly. Just wondering if Lithium problem was resolved in last couple of years?

Loved the article, but I do have a question. How does this explain the concentrations of Lithium that are mined, for the manufacture of batteries for example?

Very nice article. Whether intentionally making an element counts as "found on earth" or not, I'm not sure. But, all the trans-uranium elements, as well as almost all the technetium atoms (element 43), used on earth are manmade.

Great article. I notice in the abundance diagram that there is a clear pattern where elements with an even number of nuclei are more common than the next element either side with an odd number of nuclei. Why is that? Are they more stable or more likely to be produced?

@Andy Brice #5: Nucleons (protons and neutrons) are spin-1/2 particles, like electrons, so they obey the Pauli exclusion principle. The nucleus appears to be organized in "shells," similar to the way atomic electrons are organized. Even numbers of nucleons means that all the spins are paired (each +1/2 has a matching -1/2), which is a more stable configuration.

That makes sense. Thanks!