The Birth of a Meteor Shower (Synopsis)

Here on Earth, we think of shooting stars and meteor showers as things that happen periodically; sometimes they're spectacular, sometimes they're rare. But in all cases, they're caused by comet debris, and they should flare up each time the Earth crosses the comet's path. 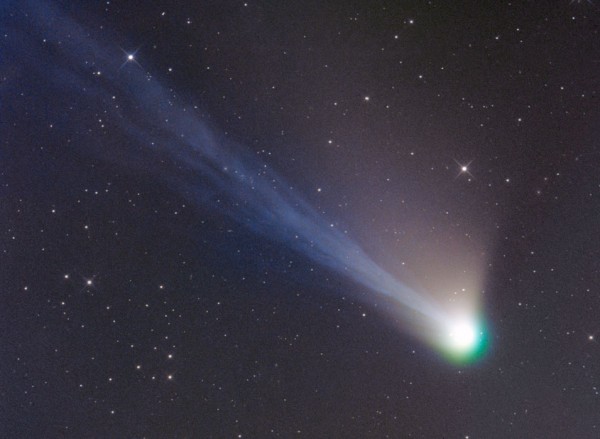 But as it turns out, every meteor shower had a point in its past where it happened for the very first time. In all of human history, we've never recorded one that occurred for the very first time where none happened before. Well, for those of you who want to take the chance to be a part of it, this coming Friday night/Saturday morning, look for the Camelopardalids, making their Earthly debut this 2014! 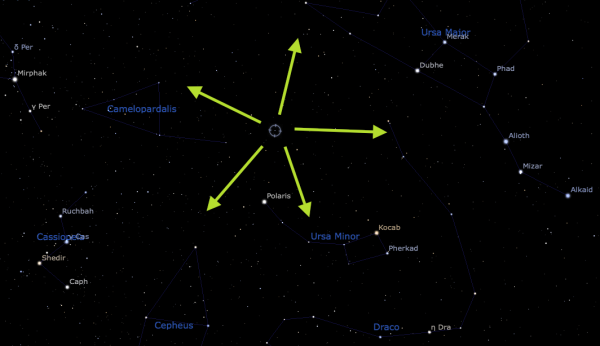 Go and read the whole scoop on where they came from and why they're here.

Here's what I don't understand. So the comet's path was altered by Jupiter's gravity in 2012. I get that. But Jupiter would only be able to affect a small piece of the debris field's elliptical orbit, as very little of that debris field would have been in close proximity at the time of the comet's pass. So, while I can understand how Earth might pass close enough to the comet's new orbit, I fail to see how that has any bearing on Earth's first encounter with the debris field left behind from previous centuries.

I disagree with the caption of the image of the radiant, which reads "Here’s where you should look," and to the statement "So have a look near Polaris — the North Star ." Although a line drawn through each meteor trail will point to the radiant, they can occur anywhere in the sky. In fact, because of geometrical foreshortening, the ones nearest the radiant on average will look shorter than ones 90 degrees away from the radiant. Also the 90-degree trails will be closer to you and thus will be brighter, though in this case they will be closer to the horizon, which itself is brighter. My advice is simply to look up.

I would have been ok if I hadn;t claimed the brightest ones would be 90 degrees away. Assuming constant intrinsic brightness along most of the meteor path, the brightest/closest ones will be those that terminate directly overhead.

I saw a geat meteor last night. Started directly overhead and went due south, glowing green with orange "cinders" flying off. Lasted over a second!

I will be up and out and away from city lights, and if the weather plays nice (the forecast is on the fence at the moment) ...

@Barak I was wondering if people like me in the southern hemisphere would be able to see this meteor shower, although the Camelopardalids constellation is below the horizon at the supposed peak hours. So maybe if I look to the horizon near Polaris I could see a few?

@Jay
If the numbers are there, chances will be high to see a few streaks. It may be possible to see a bolide as unclealligator described above. Just depends on the size of the chunks, and their respective grazing angle. Look to the northern horizon & scan east to west toward your overhead for the best opportunity. I live further south, so the possibility decreases, but the process is the same (weather permitting).

@Mike : That's a good question, and as it hasn't been answered, I will take a shot at it.

When Jupiter deflected the comet, it would have had approximately the same effect on the debris close to the comet. The comet itself is passing the earth in less than a week's time (the 29th) so I imagine tomorrow's segment of the trail was deflected about as much as the comet in its encounter with Jupiter.

I am hoping to see something, but the forecast here is not promising.