“Some people think that the truth can be hidden with a little cover-up and decoration. But as time goes by, what is true is revealed, and what is fake fades away.” -Ismail Haniyeh

You might have thought that it's only human standards of beauty that are skewed by the rampant photoshopping of models and media figures, but the problem spreads far beyond those horizons. This weekend, have a listen to The National singing their one-of-a-kind song,

while I share with you the very fake empire of faked astronomy/space pictures. 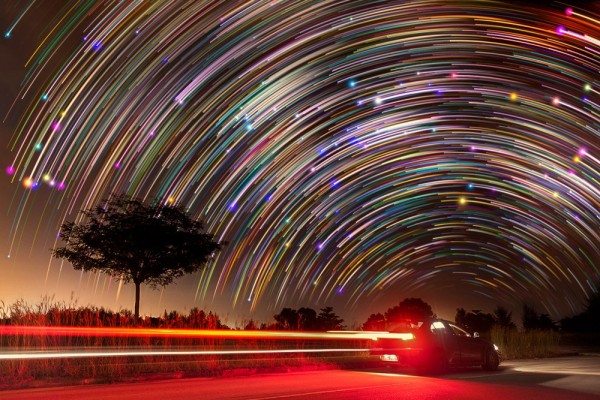 Some fake photos have a basis in astronomical reality, and then have fake colors or other effects applied to them, while other fake photos are just... well, let's just say that some people have a lot of courage to pass off certain terrible fakes as real. 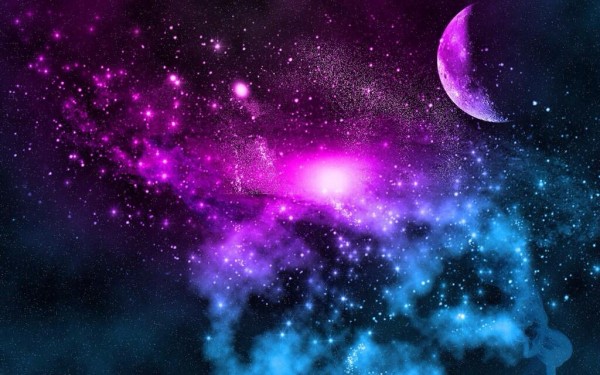 But there is hope! Go read the whole thing, and learn how to spot fakes (and who to go to if you can't) for yourself!

I find myself compelled to comment on the Aurora Borealis photo from The Telegraph. If you look very carefully, you will note the land mass in the middle-foreground is in fact the land mass of the edge of the lake, which follows around from right to left. With this land mass extending out into the lake proper so far, it interferes with the reflection of the background land mass, preventing it from showing in the end product. To prove this, use your art package contrast, brightness, etc., to bring out the features of the darker area. You will see vegetation and the like within those bounds.

Some of those qualify as artistic and evocative. Software has enabled talented people to produce images that could not have been produced before, but, to quote Frank Zappa re. music synthesis software, it's also "enabled a whole new generation of dreckmeisters."

So it is that we see (and hear) plenty of good art, plenty more mediocre art, and a large serving of dreck.

What's objectionable isn't the dreck, but the instances where someone attempts to pass off fakery as real. There needs to be a "commercial speech, truth-in-labeling" law that imposes fines on mislabeling a fake as real in any case where there's a financial gain for selling the mislabeled product. If that sounds a bit draconian, consider its application to climate denalism.

"View from the End of the Road:" a global society that abandoned its space program and devoted its technology to consumer baubles, contemplates its approaching doom.

PJ @1: Agreed that the shoreline of the lake isn't necessarily faked. But the reflection in the lake strikes me as too good to be true--you can even see the stars allegedly reflected in the lake, and the reproduction of the parts of the aurora you can see is too good. You would have to have an absolutely dead calm lake to get anywhere close to that, and this seems unrealistic.

@#4
A few years ago, in Sept/Oct I was privileged to visit Mew Lake up in Algonquin National Park, Ontario. With calm nights, that lake was as close as you could get to a sheet of glass. A short time exposure would have yielded excellent results with star reflections. Perhaps if there is a small lake near you to observe such phenomenae, it could be worth a visit.
Looking at the upper centre of the photo, you will see a thin streak of cloud, reasonably well defined. In the reflection, it is not so well defined, obviating slight movement of the waters surface. The aurora itself is not so well defined in both parts of the view, indicating a timed exposure. Aurorae tend to move about considerably during their performance.
Sometimes, we can be fooled by natures artistry.

Tineye is also a good tool--it lets you search for the "most changed" version of an image, so once you suspect an image is fake you can often find the original.

@#6
Sounds like a handy tool if you suspect plagiarism. However, if you are the originator of the photo & modify it, that tool will not be of any use, unless the master print were published as well. Then all you will learn is that the photo is modified into another piece of 'art'.