Sorry, Internet, Some Of Your Favorite Space Pictures Are Fakes (Synopsis)

“Some people think that the truth can be hidden with a little cover-up and decoration. But as time goes by, what is true is revealed, and what is fake fades away.” -Ismail Haniyeh

Have you ever seen some beautiful, breathtaking, awe-inspiring pictures of the Universe, with what appears to be a too-good-to-be-true view? While there are some real, spectacular pictures out there, there are even more pictures claiming to be something other than what they are. Oftentimes, nature’s most beautiful sights are captured earnestly, and then ruined by someone sharing out a fake version, passing it off as genuine. 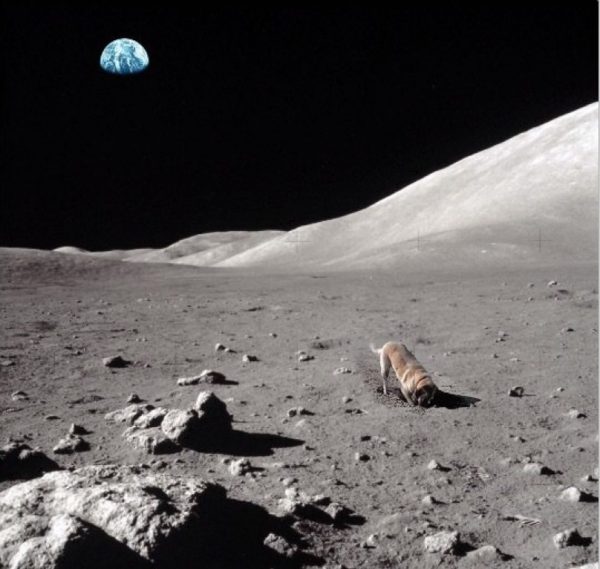 Look, it's everyone's favorite lunar Rover! The angles of the shadows on the Moon and the illuminated portion of the Earth in the sky clearly don't line up. Also, the dog is photoshopped. Image credit: NASA / manipulator unknown.

There are lots of reasons to engage in such a scam, with the most blatant one being to inflate clicks, followers, and even direct advertising revenue. Yet if you’re someone who has any interest in telling what’s real apart from what’s fake, there are tools, tips, and resources out there to help you in your quest. Here’s your lesson on spotting space fraud 101. 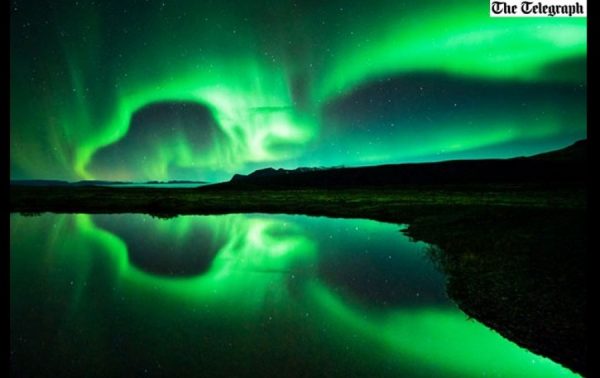 If you’re going to show a beautiful picture of the Aurora Borealis reflected in a lake, you probably want to make sure that the 'reflected lake' image actually reflects the landscape, not a different landscape that you stole it from! Image credit: Amazlng Pictures on Twitter / the Telegraph.

Enjoy the spectacular images (and explanations) on this edition of Mostly Mute Monday!

Something on the internet isn't real!?!?

Its such a sad sad sad reflection of the ignorance in this nation regarding science and education that you felt it necessary to tell the audience that the dog digging on the moon (without a dogsuit) is photoshopped in.
And that I felt it necessary to add 'without a dogsuit'.........
Or you're just being funny or ironic and I don't give the population enough credit. In the present climate, on the latter half of that sentence, I fear not.

P.S. the shadow from the dogs back leg isn't right either ;-)

All the shadows on the moons surface will be wrong if the sunlight projected onto the image of earth is correct !

Ethan,
Every artist's depiction of a black hole, multiverse, or space time rubber sheet grid is fake too. All visual speculation is fake technically. Most of what you plaster on your site is visually fake under your own definition.

@PJ #6,
I'm actually more awake than most, and particularly where science is concerned, I'm more interested in painful truths than pleasant beautiful lies.
Ethan brought up the whole 'fake pictures' bit as a chance to poke fun at others. Kind of strange of him to criticize what he does so casually on most of his blog posts. In any case, even the really nice looking satellite pictures (such as of Jupiter) are often 'fake' (heavily false color edited, cut and pasted to give more impressive results). Just like air brushed and enhanced fashion models on magazines, or spatially rearranged pyramids on National Geographic. For the same exact reason. It sells more copy.

This is the right image for the dog on the moon:
https://upload.wikimedia.org/wikipedia/en/7/7c/The_Adventures_of_Tintin…

@5
There is a vast difference between an illustration of a formula and a picture.

Heck, by your slant, an X-Ray is fake, since those are not the 'actual' colors of XRays. Doctors on the other hand use lots of tools to sharpen and enhance those XRays to see hidden truths that actually help us.

Thanks for the laugh Elle. Awesome. Now I am imagining playing fetch on the moon. BTW, the shadows are wrong on the cartoon.....

As for fake images, I am with this guy.

My brain can't see the dog picture as anything other than
"dog sneeks into moon-museum diarama". In which case it could be a real photo.......