Throwback Thursday: Most Planets in the Universe are Homeless (Synopsis)

“You cannot be lonely if you like the person you’re alone with.” -Wayne Dyer

We like to think of our Solar System as typical: a central star with a number of planets -- some gas giants and some rocky worlds -- in orbit around it. Yes, there's some variety, with binary or trinary star systems and huge variance in the masses of the central star being common ones, but from a planetary point of view, our Solar System is a rarity. 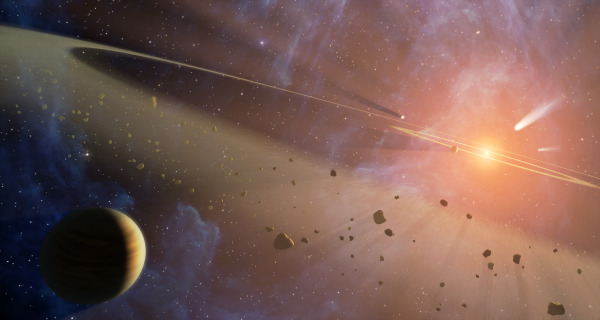 Because even though there are hundreds of billions of stars in our galaxy for planets to orbit, there are most likely around a quadrillion planets in our galaxy, total, with only a few trillion of them orbiting stars at most. Now that we've finally detected the first of these, we have an excellent idea that this picture is the correct one: most planets in the Universe are homeless! 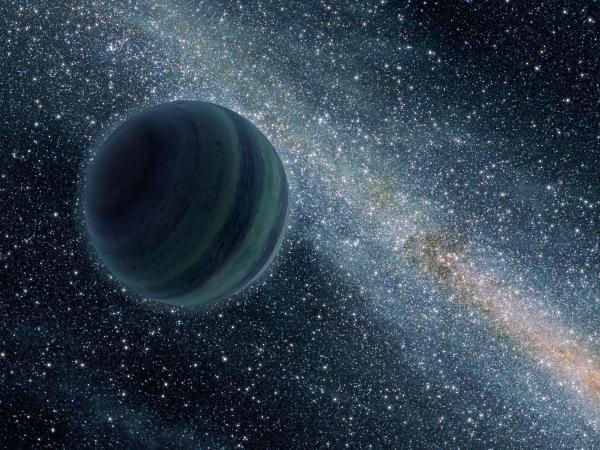 How Many Planets Are In The Universe?

"Stuff your eyes with wonder, live as if you'd drop dead in ten seconds. See the world. It's more fantastic than any dream made or paid for in factories." -Ray Bradbury It wasn't all that long ago -- back when I was a boy -- that the only planets we knew of were the ones in our own Solar System.…

Where do Rogue Planets come from?

"Like all animals, human beings have always taken what they want from nature. But we are the rogue species. We are unique in our ability to use resources on a scale and at a speed that our fellow species can't." -Edward Burtynsky It's really a romantic notion when you think about it: the heavens,…

First Exoplanet Smaller Than Earth: Why I'm Not Surprised

"Continue to surprise those who would put you in a neat demographic. Be insistently curious." -Gordon Gee Twenty years ago, our Solar System was the only one we knew of that we were certain had planets orbiting around a main-sequence star. Image credit: retrieved from Universe-Review.ca. Perhaps…

“I have announced this star as a comet, but since it is not accompanied by any nebulosity and, further, since its movement is so slow and rather uniform, it has occurred to me several times that it might be something better than a comet. But I have been careful not to advance this supposition to…

You call them homeless planets, I call them fuel caches ...

And really, "has a surface temperature of approximately 480–560 Kelvin" doesn't sound much like a planet, either.

(Any working scientists here: feel free to tear the following to shreds or poke any holes in it that you can find. I think this is viable, but if it's not, then I'll happily ditch it.)

Take the at least three stars that are within a many-generational ark ship's travel distance, for example 30 LY at an average of 0.03c. .

Build Dyson rings around the stars, the purpose of which is primarily as energy collectors but with small areas for habitation.

Use whatever photovoltaic technology is available at the time, that can be built from materials that are commonly available as misc. space rock. Starlight in, electricity out: in the form of lasers at whatever frequency is convenient for the purpose.

On each Dyson ring, a colony large enough to maintain it, but small enough to be evacuated as the star reaches a point in its lifespan that is hazardous to the occupants.

Around the rogue planet, set up a few satellites. These only have to be large enough to serve as mountings for the receivers for the energy being beamed in from the stars. The incoming energy is converted to a form that's convenient to beam down to the planets in the manner of near-Earth orbital solar platforms (microwave laser has been discussed in that context).

Now what you have is one rogue planet with a few satellites orbiting it, receiving energy from a minimum of three nearby stars for the sake of redundancy. Depending on the distances involved, that planet is safe from cosmic hazards and existential threats including solar winds and supernovae. Depending on the mass of the satellites, it may be possible to maneuver one to block anticipated gamma ray bursts from affecting the planet.

A planet that's safe and snug, with redundant energy sources and other safety mechanisms.

Even better: once you have one such planet with three stars for power, why not recruit more? Why not build a whole network of rogue planets with multiple stars?

Why even bother to build civilizations on conventional planets that are orbiting stars, and that depend wholly on the stars they orbit, and will be incinerated when those stars expand or explode?

To my mind this combination of rogue planets and multiple stars is the way to build a cosmic civilization that could last as long as there were enough stars in the galaxy to provide the energy.

That, or there's a fatal flaw somewhere that I missed, in which case apologies for wasting anyone's time here.

what are you talking about and quoting? Nothing in ethan's article mentions surface temperature anywhere.

besides.. Venus is about twice as hot as that, so again.. what are you talking about?

What percentage of the lit up mass is estimated to be in the dark, rogue mass?

I am curious how this statistic (up to 100,000 star-less planets per star) interacts with our understanding of dark matter.

If there is five times more dark matter than "normal" matter in the universe, and if the mass of our sun is 1000 times the mass of Jupiter, then 100,000 Jupiters floating around the galaxy, invisible because they're "dark", have the mass of something like four times the estimate of dark matter in our galaxy.

What do we need dark matter for if we've just stumbled on 10-100 times more mass in our own galaxy in the form of these dark planets?

So the older "understanding" that the time span for star formation becomes too long for brown dwarfs and planets to form before the molecular cloud dissipates has been overturned.

Where is the planet/brown dwarf boundary set? At some point we go from gas giants that never had any nuclear fusion, to those that were just hot enough to burn Deuterium and Lithium, and then finally to true stars.

All these homeless planets account for how much of the missing dark matter?

Not only fuel caches, but, if our solar system is not inside some region where they are uncommon, and if we are patient enough, then at least some of them might offer a convenient gravitational assist on the way to nearby stars. If the numbers are really there, then it seems that interstellar travel would have to be easier than we thought, and correspondingly, the Fermi paradox at least a little worse than we thought.

You contention that there are lots of nomadic planets is correct, but I think your numbers are off. Sumi et al.
http://arxiv.org/abs/1105.3544
found 2 Jupiters per star with microlensing. Now, the power law of the nomadic planet distribution is quite uncertain, but it's not going to be steep enough to have 100,000 Earths for each Jupiter - a few hundred, maybe, but not a few hundred thousand. That's still a lot of planets, but not as many as you were speculating.