“Some say the world will end in fire,
Some say in ice.
From what I’ve tasted of desire
I hold with those who favor fire.
But if it had to perish twice,
I think I know enough of hate
To say that for destruction ice
Is also great
And would suffice.” -Robert Frost

Sure, it's getting colder and colder all over the northern hemisphere, as the cold season of winter approaches. But we can be fairly confident that this won't be the case forever: the Earth will tilt its northern hemisphere back towards the Sun, and warmer weather, after a few months, will ensue once again. 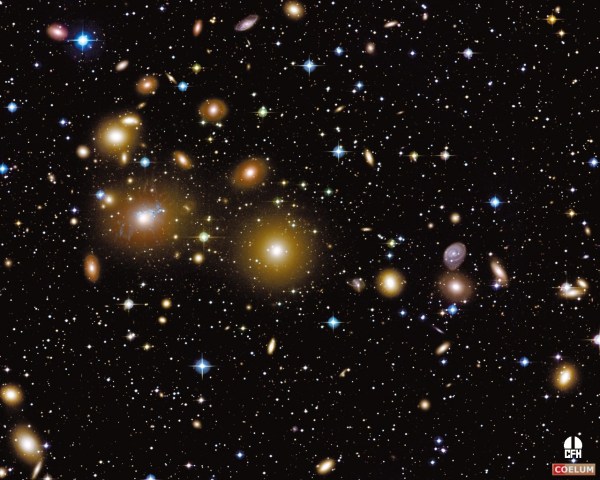 If only that were true for our Universe! It's getting colder and colder, and there's no respite in the foreseeable future. In fact, it looks like this is a problem that's not only getting worse and worse, it's getting worse at a faster rate! 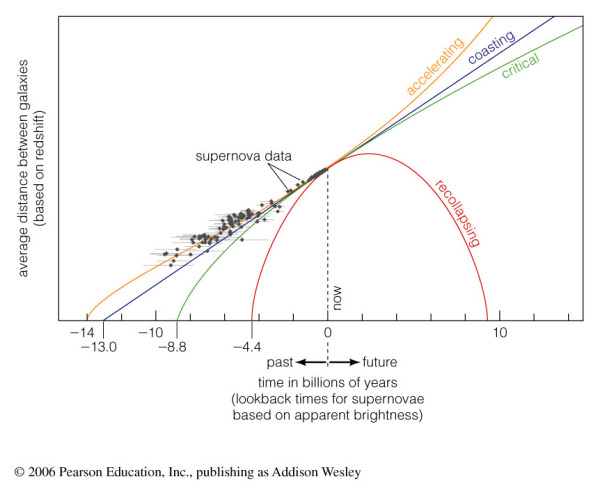 Come find out, especially for those of you who favor fire, why -- for destruction -- ice will more than suffice.

“I realise now that I wanted to disappear. To get so lost that nobody ever found me. To go so far away that I’d never be able to make my way home again. But I have no idea why.” -Jessica Warman When you think about the galaxies up there in the night sky, only visible with the most powerful…

Messier Monday: A Dusty Open Cluster for Everyone, M25

"The light which puts out our eyes is darkness to us. Only that day dawns to which we are awake. There is more day to dawn. The sun is but a morning star." -Henry David Thoreau Welcome to another Messier Monday here on Starts With A Bang! Each week, we take a look at the 110 deep-sky objects that…

For destruction ice is also great and would suffice

"Some say the world will end in fire, Some say in ice. From what I've tasted of desire I hold with those who favor fire. But if it had to perish twice, I think I know enough of hate To say that for destruction ice Is also great And would suffice." -Robert Frost Depending on where you are in the…

Where will we all be in 100 billion years?

"It is always wise to look ahead, but difficult to look further than you can see." -Winston Churchill We've come a long way in this Universe. Over the past 13.7 billion years, we've formed the light elements out of a sea of protons and neutrons, cooled and expanded to form neutral atoms for the…

Ethan, I have a question: How long do we expect to have viable stellar energy sources in our local group?

By "viable" I mean: stars or what's left of stars (such as brown dwarfs), that radiate sufficient energy that it could be captured by planets, by inhabited Dyson spheres, or by largely-uninhabited Dyson rings and then converted to lasers to beam to inhabited rogue planets.

The purpose of which would be: Assume intelligent life with sufficient tech to build Dyson rings around brown dwarfs. How long could intelligent life persist in the local group under those conditions?

Note, BBC News had an article with a timeline in which they said that the estimated lifespan of stars in our universe, in aggregate, was in the range of 100 - 200 trillion years before the last stars were no longer producing energy.

This is all fascinating. Really it is. I am considering going back to school (53 yro) and getting a PhD in astronomy or some form of physics. And, while I find this stuff enthralling, the pragmatist say, "yeah, great. We won't be here to see any of it." What can I say? I'm an optimist.

You ignore the importance of negative energy provided by the momentum of an object pointing opposite its motion. Then a totally different scenario emerges. At an ultimate sub-quantum reality both annihilation to the void and creation from it occur to result in a net creation going on everywhere. This specifies an accelerating expansion: see pearsonianspace.com having nothing to do with anti-gravity