Throwback Thursday: The Camera that changed the Universe (Synopsis)

“That I learned even as a three year-old that I see this world that is really a mess and I learned to say, ‘This is not me. I am not the one that is messed up. It is out there.’” -Story Musgrave

It was 25 years ago this year that the Hubble Space Telescope first opened its eyes on the Universe. It wasn't as you might've expected, all that impressive. For one, there were flaws in the optics of the primary mirror, and for another, the camera we installed on it was, I hate to say it, pretty lame. 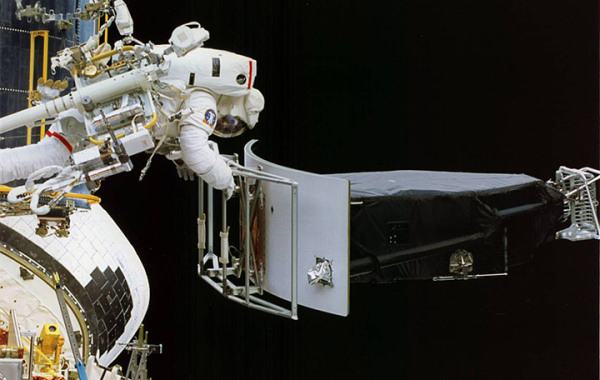 But in 1993, a servicing mission was flown that not only corrected the optical flaws of the mirror, but significantly upgraded the camera. From 1993 to 2009, the Wide Field Planetary Camera 2 (WFPC2) gave us the greatest views of the Universe we'd ever seen, and literally changed our view of the Universe forever. 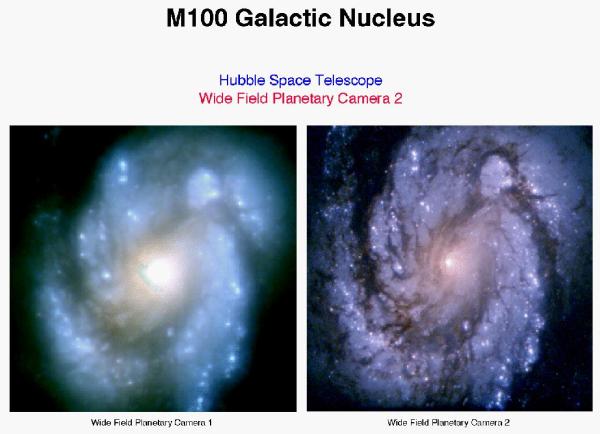 Come get the most amazing story of Hubble's longest-lasting instrument, and see how we're improving on even that today!

Absolutely gob-smacking imagery , Ethan! Thanks for sharing.
With the magnitude of increased images of galaxies being shown by Hubble with all its recent enhancements, would this increase in matter demonstrate that there would now be less dark matter in the universe than first thought? With the latest projects coming into service in the near future, this would trend toward even more 'light matter' being found, would it not?

@PJ #1: No, the improved resolution of Hubble imagery doesn't say anything about the ratio of dark/baryonic matter. Nor do any future space telescopes.

As Ethan has described in extreme detail in many, MANY of his articles, the visible stuff -- stars, dust, glowing gas -- is a small fraction of the total baryonic (normal) matter. I think it's about 10% or so. Our best limit on the total amount of baryonic matter comes from analysis of the cosmic microwave background, not from "counting stars."

WOW what a great God created this its just to much!

Note how deeply dark space is - you can't see the stars! Nor the sun, you can only see light that has reflected off of something.

Thanks for the response, Michael. Much appreciated.

That was a gorgeous and well-researched, informative post. Thank you for the retrospective! It's good to find reasons to be amazed everywhere we look, and to be reminded they are always there.

I am not a scientist of any sort but I amazed, astonished, overwhelmed with the beauty of the photographs. I am in awe of the potential for this little planet we live on.
Wonder-ful images.