“The moon was like this awesome, romantic, mysterious thing, hanging up there in the sky where you could never reach it, no matter how much you wanted to. But you’re right. Once you’re actually here, it’s just a big, dull rock.” -Futurama

Oh, but the big dull rocks are fascinating in their own right. Especially, mind you, when there are more of them than we ever expected. Jupiter, for example, has not only all the moons that orbit around it, but a whole slew of gravitationally captured objects -- the Trojans (and Greeks) -- that orbit in front and behind it.

While Earth may have only one true moon orbiting our world, what of these Trojans? Do we have any captured asteroids or comets hanging out around one of our Lagrange points? 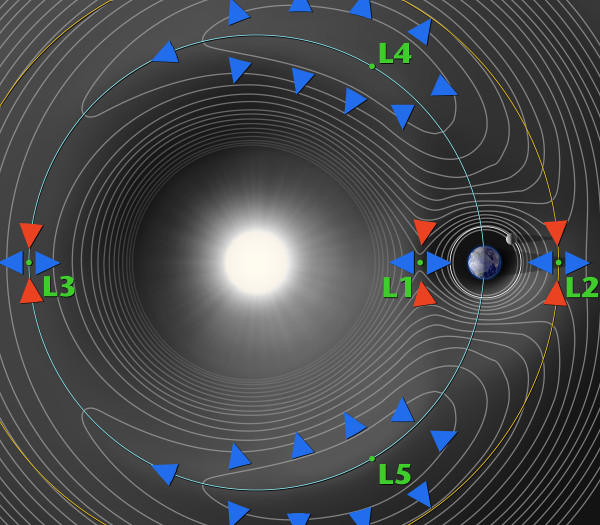 Seeing how close the TK7 orbit comes to the orbit of Venus on the map, is it really stable? Or is an interaction with Venus likely to send it flying?

So has anyone figured out whether TK7 is carbonaceous or nickel-iron?