When you think of the Hubble Space Telescope, perhaps you think of what's touted as its most major feat of all: peering off into deep, dark space, collecting light, and discovering the plethora of distant galaxies laying billions of light years beyond our own. 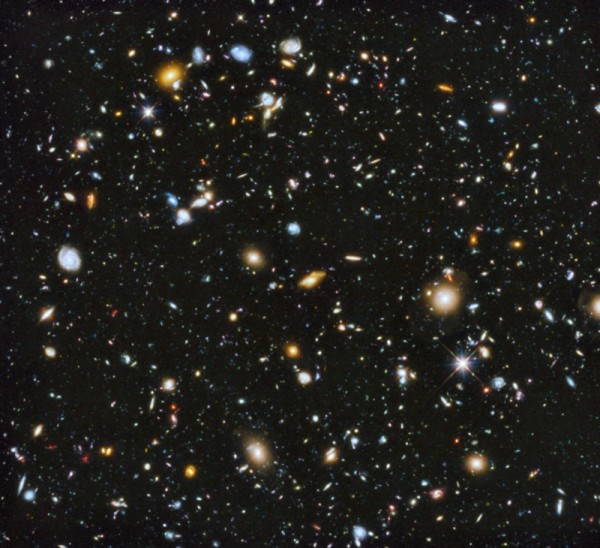 It's a spectacular sight and a spectacular story, and it's allowed us, among other things, to estimate just how many galaxies there are in the known Universe to greater accuracy than ever before. But thanks to a combination of factors, including gravitational lensing, Hubble has beaten its own record. 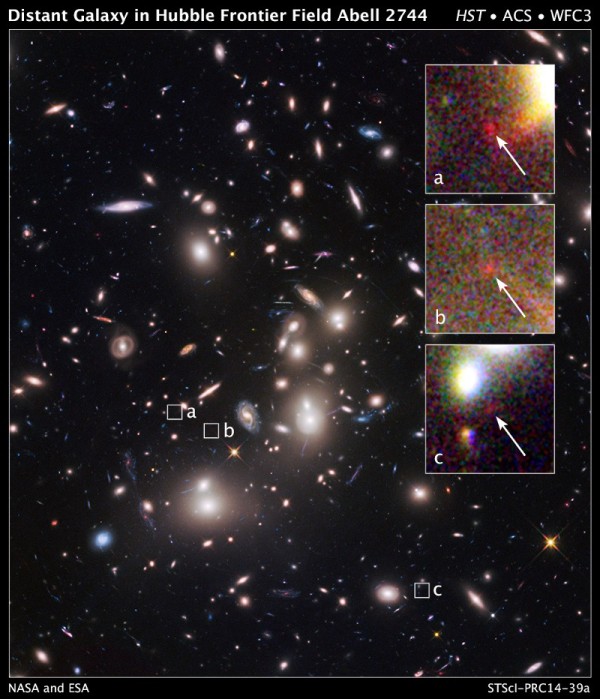 Come get the whole story on the 25th anniversary of Hubble's launch, thanks to James Bullock!

“All I want is blackness. Blackness and silence.” -Sylvia Plath Even on the darkest night skies from the most pristine locations on Earth, the night sky is never truly dark. Not even if you look away from the plane of the galaxy, on a moonless night, between the stars and away from any human-made…

"Truth in science, however, is never final, and what is accepted as a fact today may be modified or even discarded tomorrow. Science has been greatly successful at explaining natural processes, and this has led not only to increased understanding of the universe but also to major improvements in…

"When you get just a complete sense of blackness or void ahead of you, that somehow the future looks an impossible place to be, and the direction you are going seems to have no purpose, there is this word despair which is a very awful thing to feel." -Stephen Fry Perhaps the most fundamental…

I am excited about the JWT but will really miss the upgradeability of Hubble. The optics were fixed in 1993. The original ACS camera and STIS cameras have both been replace with new and better hardware. They just added a new 3rd Gen Wide Field Camera, fixed all the servos and batteries. Hubble is now 90 times more powerful than originally designed to be. It now resolves 900 galaxies where the original instrumentation could only see 10.

JWT is a nice piece of hardware for sure, but there is something to be said for being able to tinker under the hood every so often. Long live Hubble.

This is really puzzling for me.

How can we be sure the three images are from same location? How does one predict where to look for possible deflected images of a same galaxy?