“The wonder is, not that the field of the stars is so vast, but that man has measured it.” -Anatole France

Wherever large, dense collections of cool gas gather together under the force of their own gravity, new stars are bound to form. Every galaxy goes through peaks and lulls in star formation, yet at any given time, one star cluster will always be the largest and most massive.

Discovered only in the 1960s due to its location in the galactic plane, Westerlund 2 holds that distinction, as far as we know. Recently imaged in great detail by the Hubble Space Telescope for its 25th anniversary, a huge slew of interesting features abound, including some of the hottest, youngest stars known and ridges, pillars and valleys formed by the UV radiation. Most interestingly, it may yet turn out to be the location of the next supernova visible from Earth within our galaxy. 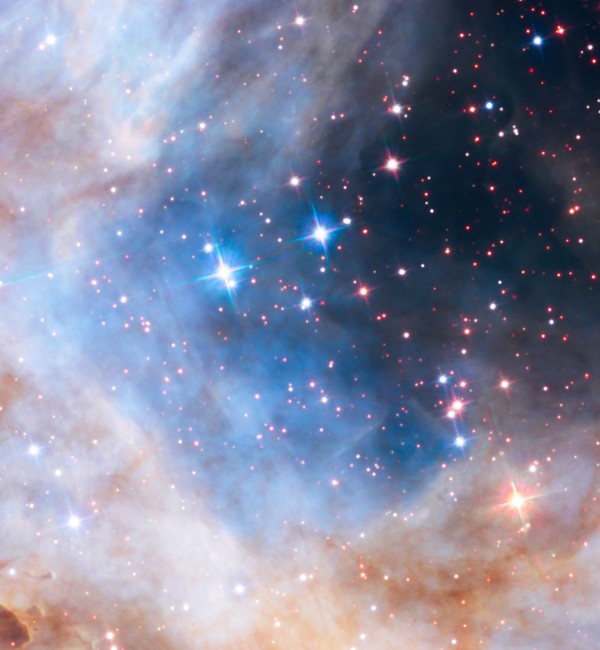 Go get the whole story -- in mostly pictures -- on Mostly Mute Monday!

Man, if the next Milky Way supernova goes off anytime soon, and it's somewhere down south where I can't see it, I'm gonna be pissed.

Well, pissed and buying a plane ticket, if I can help it.

These must be tiny compared to the clusters that gave rise to the globular clusters. Or even the Tarantula Nebula. There must have been a crazy lot of star cluster fireworks going on 10-12 billion years ago?

Thanks, Ethan. So nice to have something different to ponder at the start of each day.