Astroquizzical: What happens to light when it hits the Sun? (Synopsis)

Over at Starts With A Bang, Jillian Scudder of Astroquizzical takes on a doozy of a question:

If a photon of light escapes from a star, when it hits another star, does it get absorbed and have to complete another cycle before it can escape again?

After all, it takes (on average) over 100,000 years for a photon created in a star's core to find its way to the surface and exit. 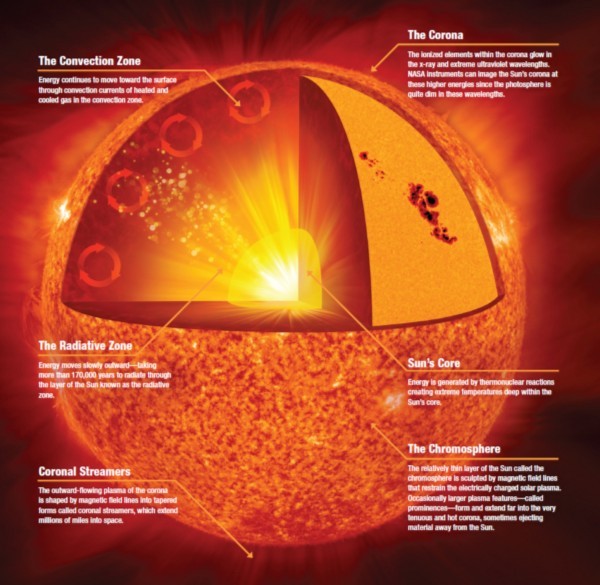 But what about the photons -- much lower energy than the gamma rays the core generates -- that hit the surface? Will they simply be absorbed and re-emitted outward, the way the Earth's surface absorbs and re-radiates sunlight? Or will they have a good chance of migrating into the core again, where they need to wait, you know, some 100,000+ years before they can escape into the Universe once again? Random walks, after all, can take you an awfully long time to get you to your destination. 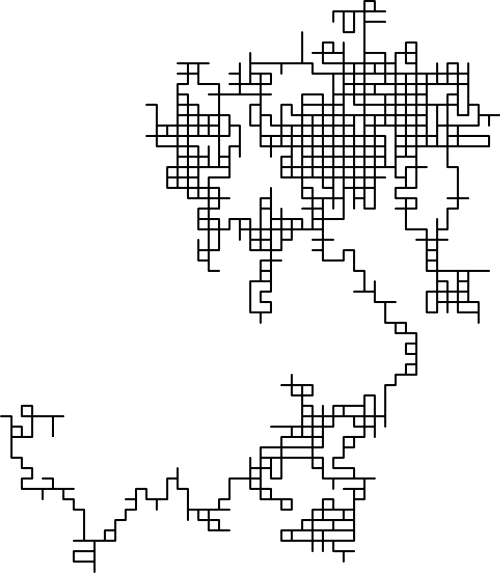 Jillian has the fantastic answer with some surprising facts about the Sun; make sure you check it out!

Ask Ethan #16: What are Variable Stars?

"To be is to be the value of a variable." -Willard Van Orman Quine It's the end of the week once again, and the very end of our Year In Space 2014 Wall Calendar giveaway! So for this week's Ask Ethan column, after dipping into our question/suggestion box, I'm very pleased to let Vera from Italy…

5 Facts You Probably Don't Know About the Cosmic Microwave Background

How is it that the photons of light do not lose their energy to the vastness of space over the course of the trip?

Photons do lose energy over the course of their trip through the expanding vastness of space. Photons don't slow down because photons have to travel at the speed of light. Instead photons lose wavelength energy. It is this loss of wavelength energy or "red shift" scientists measure to determine how far that light had to travel to reach us.

OK, Thanks That makes sense.

I don't think a photon looses energy while travelling through space? It is a quantum particle and it can gain or loose only quanta of energy when interacting with other particles. A beam of light consists of many photons that get dispersed while travelling. The beam weakens, the photons do not. I think it is common understanding that there is some redshift due to the expansion of space and the speed at which the light source is receeding from us. I think this is an effect caused by relativity. In a fixed frame of reference the photon would have constant energy no matter how far it travels.

Actually, what Denier says is true, but is only true because space is expanding. The photon's wavelength increases because of this spatial expansion. In a static universe, light does not lose energy as it propagates through the vacuum. Remember, light is nothing more than an oscillating electrical field. This changing electric field produces (in accord with Maxwell's equations) a magnetic field. Since the electrical field oscillates, it produces a magnetic field that also is oscillating. A changing magnetic field produces an electric field. Thus, so long as the fields propagate at a particular speed, the changing electrical and magnetic fields reinforce each other, and the ensuing wave does not lose energy. One of the crowning achievements of Maxwell was that he was able to show what the speed of this propagation must be in terms solely of electrical and magnetic quantities (the vacuum permeability and permittivity), and found that the numerical value matched the known speed of light. That was the key factor that showed conclusively what the nature of light was.

Is the photon the dot there in the middle of the waves?
http://en.wikipedia.org/wiki/File:Electromagneticwave3D.gif

No. The photon is the particle manifestation of the wave. The photon IS the wave, or more precisely, the electromagnetic wave and the photon are BOTH light. They merely describe what to us seems to be contradictory behavior of light in different circumstances.

If that doesn't make much sense to you, well join the club. It is simply a part of quantum mechanics, a theory which is notoriously counterintuitive. However, it makes correct predictions about the behavior of systems with no known exceptions. In reality, light is what it is, but it just doesn't fit into our intuitive idea of how particles and waves should behave. Light's not alone in this; all small enough particles also have associated waves. For instance, electron microscopes make good use of the wave properties of the electron.

The question I have in this is this:

Does red shifting violate the conservation of energy?

@Denier #8: Your question is (unavoidably) ambiguous.

Redshift due to motion does not violate conservation of energy -- it's equivalent to measuring the speed of a thrown ball differently depending on your frame.

Gravitational redshift does not violate conservation of energy. It's merely exchanging kinetic for potential energy, just as in Newtonian mechanics.

Cosmological redshift does violate global conservation of energy. However, general relativity does not conserve energy globally, although it does necesarily do so locally (that is a consequence of the equivalence principle and local flatness).

The review and the study of the actual wavelengths of the remainder photons from the Big Bang which have already been traced, would demonstrate the impacts of the time and travel and also the redshift caused by expansion on these photons. Would somebody explain to me the outcome of such studies?

Thank you for taking the time to respond. It was the cosmological red shift I was curious about. What differentiates local from global? Does GR dictate a minimum distance that red shift can happen?

@Denier #11: No, GR doesn't dictate a minimum distance. In a "pure" Friedman-LeMaitre-Robertson-Walker (FRLW) Universe (which is the metric describing a homogeneous, isotropic expansion), the expansion would happen everywhere, on every scale, and thus would the redshift, because there are no inhomogeneities (density variations) to muck things up. Of course, on short distances the _amount_ of redshift would be far too small to measure (smaller than the natural spread in any given spectral line due to temperature).

This is fascinating stuff. Is this loss of energy limited only to massless photons? Would a particle traveling cosmological type distances at a speed asymptotically close to c through absolute vacuum in an expanding FRLW Universe also lose velocity or mass?

In other words, does the expansion of space also alter the wavelength of de Broglie waves as well as electromagnetic waves?

@Michael Kelsey #15 (and everyone else)

My apologies. No spam intended. I wasn't sure anyone would have looked at the other message as it was attached to a 6 year old post. I should have had more faith.

@Denier #16: If you go to Ethan's main page (http://scienceblogs.com/startswithabang/), or actually on any of his blog pages, over in the right-hand sidebar you'll see a list of the ten most recent comments (under "Recent Comments").

Normally, you'll see just one or two new comments every day or two, and you can notice threads there. However, when Ethan creates a crank attractor posting, you'll often see the whole list fill up rapidly, hiding the few interesting ones in a veritable blizzard of ceramic shards...