How to soar on Venus (Synopsis)

“I remember as a kid having a balloon and accidentally letting the string go and watching it just float off and into the sky until it disappeared. And there’s something about that, even, that feels very much like what life is, you know, that it’s fleeting, and it’s temporal.” -Pete Docter

So, you want to colonize another world, do you? Want to send humans to go live somewhere new, on a habitable planet beyond Earth? Well you're not alone. But which planet will you choose? Will it be Mars, a smaller, colder, farther-out world than our own? Where perhaps you add a magnetic field, a thicker atmosphere, and hope to get the increased pressures and temperatures we need for liquid water and life? 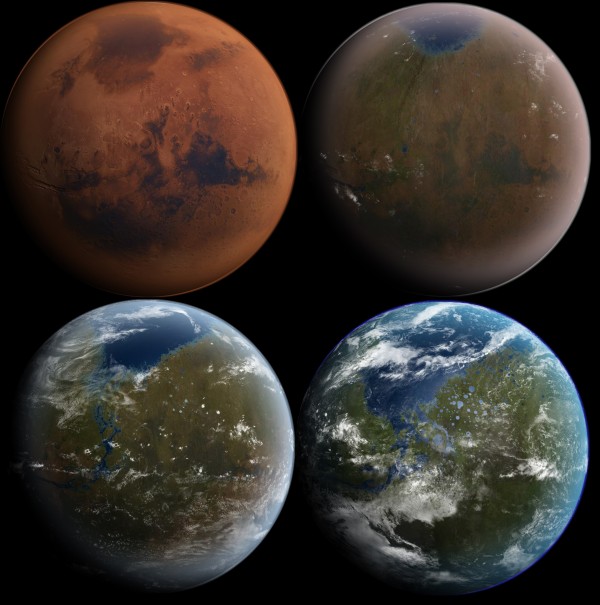 Or is there not only another option, but a better option? Could we, perhaps, take advantage of the hottest planet in our Solar System -- Venus -- and its thick, energy-rich atmosphere? 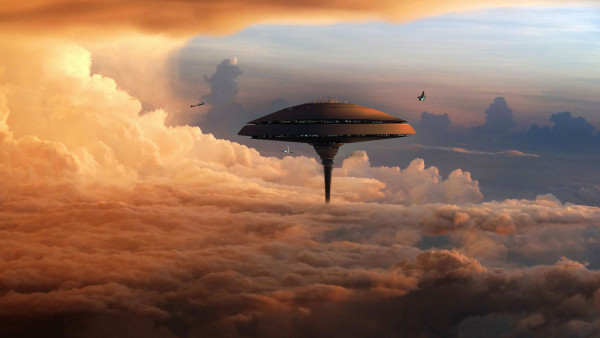 Come find out how this would work, and why Venus just might be the best candidate for our first off-world settlement!

I love the idea of living above the clouds on Venus. I wonder if there could ever be a good way to terriform the planet - get rid of a significant amount of the atmosphere to decrease the density at the surface, lower the CO2 levels to drop the temp? Maybe single celled photosynthesizers could begin turning CO2 into more single celled photosynthesizers!
http://darwinskidneys.blogspot.com/

Even better, make the “balloon” big enough and the interior becomes your habitat. Something like Buckminster Fuller’s Cloud Nine

I wonder when that loser is going to start an argument on the comments section simply because he craves attention. We all know who he is...

I can see this as a great way to create new classes of humanity. For those who can afford to move & colonize the new world, others must stay behind to support the growth & well being of this society. Earth is still going to be the resource centre of such a project until the lessons are learned in mining the planet.
We are such great creatures to create waste wherever we go. I wonder how we get rid of our waste over Venus - open the trap door & let the poop go 'fffoooop' into the atmosphere, potentially killing off any life which may exist in that 'air'. It would cost too much to bring it back to earth, besides, we are an incredible dumping ground as it stands.
Don't get me wrong, I'm all for space exploration; just not too positive when it comes to the footprint which may be left behind.
We have been good at stripping our home of resources, almost necessitating the need to move on. Maybe the time is already here to correct our foibles first, then move on, knowing we have achieved a great goal; protecting our habitat.

If it would work on Venus then why not on Earth?

You do not need an envelope of 1" steel, as a few microns of titanium would be just as impermeable. Fill it with helium and you are away.

Talk about angry troll, here's brian with his earliest sock on!

Meanwhile, PJ, you need to realise how big a change just flight is, and how damn expensive it is to an organism to have it. Birds will drop that flight stuff because it costs so much and if there are no predators, there's no need to fly.

You're right about how we need to learn how NOT to fuck places up because we can only think on the next quarters' results. We need to be removing capitalism as a political paradigm and use it only where it has a chance of working. At the moment, it's "capitalism uber alles" that ensures such endemic fuckups.

Luckily we're seeing some evidence that we're beginning to accept that capitalism sometimes fails us.

This, though, engenders the anti-environment movement from people who are still in the "Red Scare" hysteria. They're stuck with the idea if it's not capitalism, it must be communism.

It sounds like a great idea, but I do wonder about a stainless steel hull occasionally encountering clouds of sulfuric acid. Over time, it would seem that would lead to corrosion of the stainless steel hull and eventual breach of it. It might not be a permanent colony with that design. Of course, more acid-resistant materials could be utilized.

The problem with this scheme is that, unlike colonizing a surface, there is very little in the way of resources in the Venusian atmosphere, and so very little that can be utilized in situ. By contrast, the surface of Mars, the moon, and most other bodies offers the possibility of construction material to extend environment-controlled habitats, metals, various volatiles, etc. In other words, while a Venusian floating habitat is possible, it wouldn't be close to a self-sustaining, growable colony -- it would just be a ship in the sky that would need to get all of its important resources from Earth (or elsewhere).

Wow, I didn't even mention your name because we all knew that you'd simply present yourself as the loser I was talking about. Thanks for walking right through the door that I opened for you, dumbass.

Yeah, and I never said you did, Brian. Just pointed out you were here trolling again.

Because you're here to troll. You've posted nothing other than whines about banning others.

And, unless you meant me in your post, that means several people you have your gunsights on.

@ WOW #6
True - considering all the flightless birds left over from Triassic/ Jurassic extinction period. No predators (other than humans), so, no need to fly - just run if you can.

Just noticed, @#8, the word yeah follows the name. Same occurred with 'Someone' on another thread. Hmmmm.

(Brian & Wow: Cut it out, take it elsewhere, do not start it here and do not try to finish it here. This is tedious and annoying as hell.)

Sean @ 7: Yeah I agree. Risk of hull corrosion over the long term. That has implications:

The idea sounds great for science habitats: places that could be staffed by scientists and their families for multi-year-long missions, for example five years at a time. The "kids" would have to be 18 or older to make the decision to go, but the learning opportunity would be priceless for them as well as for the purposes of science conducted by their parents.

If there's any chance of finding life in Venus' upper atmosphere it should be pursued: and might offer some clues to searching the atmospheres of Jupiter and Saturn. I'm inclined to think that any sufficiently complex atmosphere should harbor life if it has an energy source and sink, and a temperature/climate regime that provides a liquid transport medium. It's worth going "next door" to start working out the research methods, and if we find microbes there, all to the better.

But I'm skeptical about multi-generational civilizations developing in these things, per Sean's point about corrosion. Once people get attached and socially adapted to a place, such as by having been born and grown up there, it becomes increasingly hard for them to let go of it and move elsewhere (e.g. back to Earth). For all we know there could be physical adaptations, such as to the Earth-originated but on-site-evolved microbial conditions in the floaters: thus the inhabitants would be immunologically compromised vis-a-vis the microbial regime on Earth and couldn't return.

At that point, "someone" has to continue to maintain the floaters by replacing hull sections, and that "someone" would necessarily be an ongoing stream of Earth missions to Venus.

Contrast to using these for science colonies with limited mission lengths by any given inhabitant: no attachments, no unlimited dependencies, no risk of millions or billions of casualties if Earth was unable to continue to resupply titanium or whatever. Once the hulls become fragile, the current missions would complete, and the objects would be abandoned and allowed to crash (taking video and measurements on the way down).

I'll admit to being a landlubber scaredy-cat about living in a steel balloon, but the rational critique is viable on its own merits.

Contrast to Mars, where habitations could be built below the surface at sufficient depth to deal with ambient cosmic radiation and so on. If I'm not mistaken, Martian minerals have the raw ingredients for making Portland cement, so an entire underground civilization could be built in concrete caves with native material sources. Water has to be brought in, but crashing a few icy asteroids on the surface would help.

Call me old-fashioned;-), but for permanence I like planets with usable gravity and usable surfaces.

G, who the hell started it here?

And boy you need to get a bit more patience to work as an adult.

As much as Venus intrigues with its similar gravity and proximity, I'm scratching it off as a lost cause but a habitat floating in the atmosphere is an interesting idea. I wouldn't waste it on Venus but rather insert then into the atmospheres of Jupiter, Saturn, Neptune and Uranus. Long ago I read an article penned by Carl Sagan that talked of possible alien life evolving in the rich chemical environments that exist as gas giant planets.

I wouldn't put people on the floating science stations, but they would make an interesting platform to better understand the environments of these very common planets.