Weekend Diversion: The Best Moon Photos Of All (Synopsis)

“Suddenly, from behind the rim of the Moon, in long, slow-motion moments of immense majesty, there emerges a sparkling blue and white jewel, a light, delicate sky-blue sphere laced with slowly swirling veils of white, rising gradually like a small pearl in a thick sea of black mystery. It takes more than a moment to fully realize this is Earth . . . home.” -Edgar Mitchell, Apollo 14

It's arguable that we never came closer to leaving Earth than we did in the late 1960s and early 1970s, when the only humans in history ventured beyond low Earth orbit as part of the Apollo program. Have a listen to Nick Drake as he sings his Moon-themed song from that era, 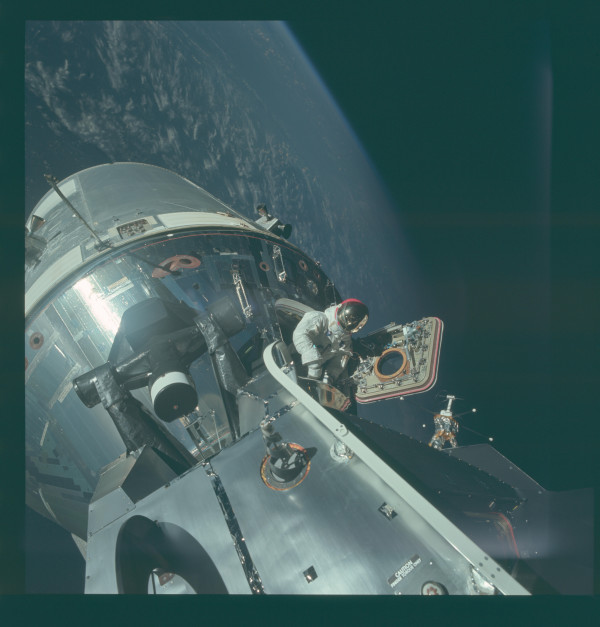 But just recently, NASA released over 8,400 original photos from all twelve Apollo missions. After looking through all of them, I've curated out some of the most iconic -- yet simultaneously rarely-seen -- photos for you. 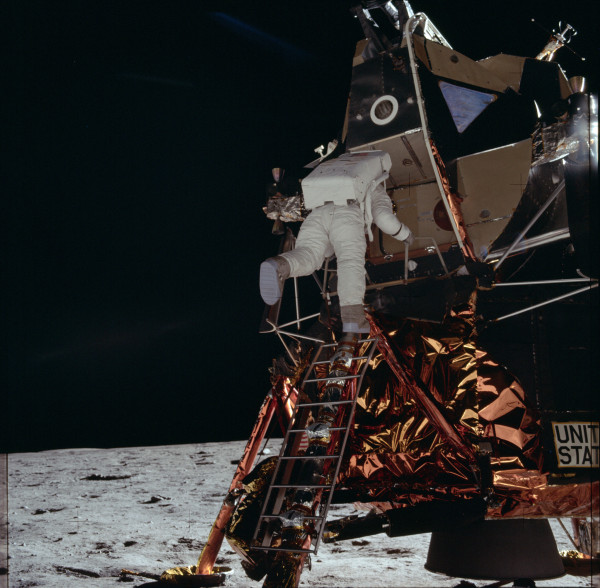 Go enjoy them all for our Weekend Diversion!

Hey, Ethan, thanks for sharing. Absolutely stunning. I'd love to see the program fire up again ! What would I give toward such a project? My time, to assist wherever I could. :)

Your best bet is Mars. The moon isn't going to be politically advantageous for the forseeable future.

Could make a good proving ground for environmental systems before pushing off to Mars. An observatory could be built & maintained - would end up cheaper than orbiting units that will run out of fuel eventually. :)

Or get smacked to crap by the floating garbage up in near orbit.

It costs a LOT of energy to get up there, though. And since "America,FUCK YEAH!" has already been there to save the frickin day, they don't want to spend money to go there again. After all, they're not beating the Russians any more to the Moon. They don't want tax hikes or begging letters to do it again.

MARS, however, China is looking to land on. So the national pride of the Americans are at stake, and they'll be much more likely to put money in to proving themselves "God's Own Chosen Country" against those commies.

Currently likely to be a one-way trip if manned.

For ACTUAL useful stuff, it would be terraforming, we'd need to get that sorted out first as to how to do that on Mars.

Wow is right. The Moon offers the potential for some really good science (huge baseline telescope, in vacuum anyone?). Mars has water and a low-pressure atmosphere, so it has national & political sex appeal.

Doesn't matter that it takes a lot more energy and time to get there, or that there might be useable water on the Moon.

Agree with your points. I tend to look at baby steps first to work out the safety aspects of such a project.
Hope they take plenty of potato's with them as in "The Martian".

I well remember gazing up at the moon from a lot next to the Grand Union, in Teaneck, N. J., where my brother was selling Christmas trees to help pay for college, and being in a state of awe at the realization that three brave men were enroute to that celestial body.

I was so inspired by the Apollo missions that I wrote a sci-fi story about future cities on the moon, replete with transparent domes hundreds of miles across, and highways criss-crossing the moon's surface interconnecting the various domes.

I assumed that we would be landing on Mars by the mid 80s, and was disappointed when the Apollo program was cancelled.