"If we die, we want people to accept it. We're in a risky business, and we hope that if anything happens to us it will not delay the program. The conquest of space is worth the risk of life." -Gus Grissom

On January 27, 1967, the Apollo 1 crew was performing a "plugs-out" test of the Command/Service Module, an essential simulation of how the three-person capsule would perform under in-space conditions under its own power. At 6:30 PM, a voltage spike occurred, leading to a disaster. In 26 seconds, everything changed. 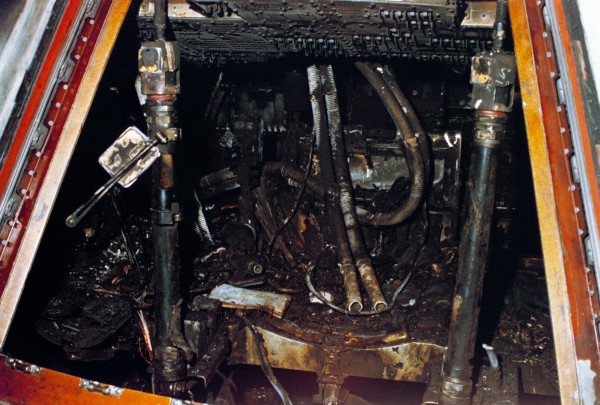 Image credit: NASA, of the aftermath of the Apollo 1 fire.

The Apollo 1 fire and the tragic death of all three astronauts wasn't due to just a single point-of-failure, but rather due to five independent confounding factors that if any one of them had been different, the astronauts Grissom, White and Chaffee might have survived. As it stands, all the crewed Apollo missions were scrapped for 20 months while NASA changed how they did business. The changes worked remarkably well, and 2.5 years later, humans walked on the Moon. 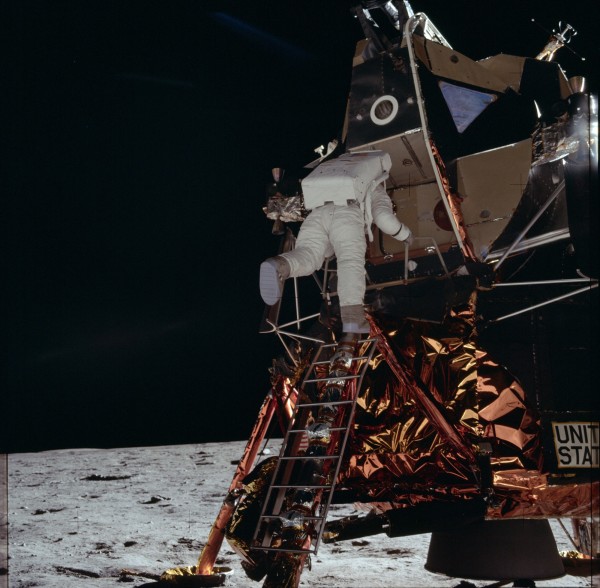 In retrospect it seems intuitively obvious that the combination of oxygen, at a raised pressure, materials that had never been flame tested in an oxygen atmosphere, and a hatch that took an extended time to open would lead to tragedy.

Safety was not seen as a systemic problem and what seemed like reasonable risks within the confines of a subsystem was shown to be an imminent danger in another context.

That said, spaceflight was, and still is, a cutting edge technology so there there are precious few best-practices references on how to do things. We are human, we routinely fail to contemplate the unthinkable. We defer to practicalities and expediencies of design, organization, and production too easily.

In some ways NASA success has lead to an expectation of safety and predictable outcomes in an inherently dangerous enterprise. These organizations are doing things that have never been done before. Every astronaut is a test pilot risking life and limb to move mankind forward.

Note: I cannot in good conscience go to the Forbes site. They cannot be allowed to both demand I disable my ad-blockers and serve up malware. People are claiming it "isn't their fault" but they are the ones benefiting from the contradiction.

If you are using Google Chrome, install this extension:

There is no need to disable any Ad Blockers.

And 19 years and a day after the Apollo 1 launchpad fire, another, bigger disaster occurred: the Challenger exploded.
I've read a little on it. It seems to me that the lessons learnt in the wake of Apollo 1 were unlearnt, thus another, bigger tragedy.

What wasn't learnt was to listen to the experts. Engineers had already pointed out errors, both in Apollo 1 and Challenger, but they were ignored as unimportant compared to the mission.

Though I wonder how much more, if any, the mortality rate of astronauts is over test pilots. Probably higher at a similarly early stage of, say, jet plane development, I would suspect.

Not to belittle these events, but the pilots knew it was dangerous, and that didn't change for the test pilots who didn't get to be made famous astronauts.

Aircraft test pilots were more familiar with their craft long before the first test flights ever took place. For instance, many ground test runs before the maiden flight. Many hours of study of the design, its implications; even input into design features from their own experiences. As with most pilots, there are pre flight checks as the pilots responsibility. During the flight, there is constant reporting of the crafts condition, with the ability to bail out, or bring the bird back if not too severe a problem is encountered.
Unfortunately, the space craft is more or less a one way journey (rocket section) with retrieval from another element of the complete craft. So, astronaughts have to rely on the boffins/engineers rather than run their own physical pre flight checks.
A bit hard to kick the rudder, or the flaps/ailerons of the shuttle prior to takeoff.
:)

But the test planes were less understood and had fewer teams concentrating on their safety because it's cheaper to do another one than overengineer this one for planes, but the other way around for a rocket.

And, yes, mostly the flight could be done by a trained monkey, so much of it was (and had to be) automated. It's as much as for passenger craft today: the pilot is there mostly for reassurance of some human in the loop, and the very occasional and unwanted time that something unexpected occurs and you need more flexible responses from a pilot.

This is not so much belittling the astronauts as conceding that the less famous test pilots they were picked from have a status that is lower than may be warranted.

Janusz Zurakowski, 'Spud' Potochi, Mike Cooperslipper are three names that come to mind in the early days of jet powered aircraft. You may wish to read their exploits as test pilots. I have met all three back in the early fifties, and they certainly had some entertaining tales to tell. A.V. Roe had a lot going on in those days.
:)

Here’s the story from the documentary, Ron Howard presents In the Shadow of the Moon: