One of the most interesting classes of objects in the entire sky is one that's invisible to the naked eye, yet appears brighter than anything else in radio wavelengths: the quasar. Originally coined as an acronym (QSRS) for Quasi-Stellar Radio Source, these were later determined to be incredibly energetic sources of accelerated matter powered by a supermassive black hole. 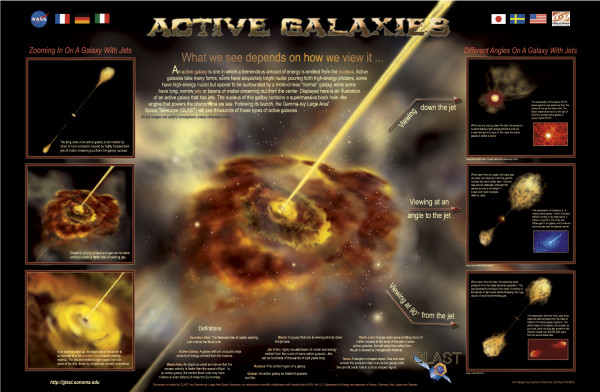 But black holes aren't supposed to emit matter and radiation; they're supposed to absorb it and never let it out again! What's going on with these weird objects? As it turns out, they're behaving exactly as they're supposed to, and it's only our own popular misconceptions of what a black hole is that causes the problem.

Come find out what really powers a quasar on this week's Ask Ethan!

You mentioned Magnetars as one comparable object.
But magnetars if I see it right are neutron stars with eceptionally strong magnetic fields rather than black holes.
The commonality may be jets emitted, but I would not include them here.
You might have added Seyfert Galaxies as specific active galaxies.