Why do stars twinkle?

Sure, sure, everyone knows that stars twinkle. You look up at the night sky, and pretty much any star you look at appears to fluctuate in its brightness and intensity very rapidly, giving it a "twinkling" appearance. 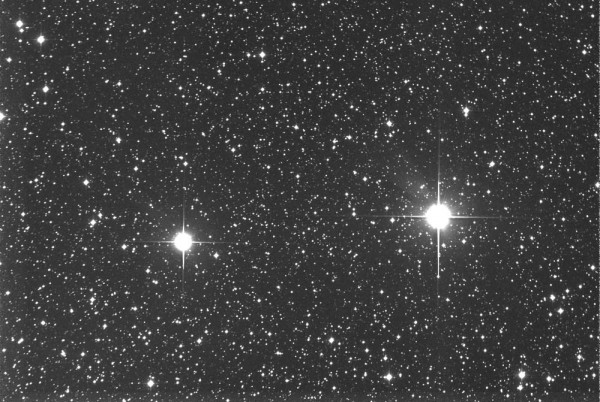 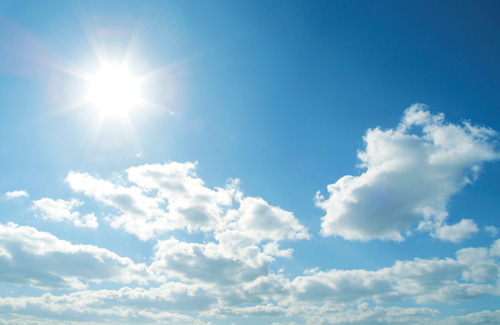 Not only that, but there are a few objects in the night sky that don't twinkle: the Moon, planets, and satellites. 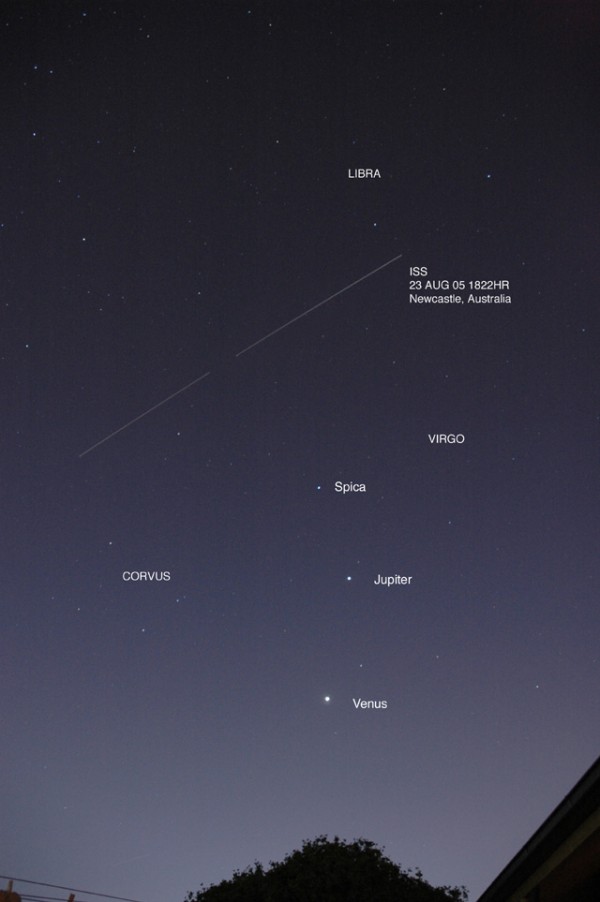 Why is that? Why do stars twinkle, and nothing else? Well, there were two theories.

One was that the Earth's atmosphere was causing the twinkling. As pockets of turbulent air, both warm and cold, move around, they cause the light to move unevenly, causing relative brightness and dimness. Planets, satellites, and the Moon and Sun wouldn't do this because their apparent size is too big to be affected by such slight variations, but tiny, point-like stars could be.

The other theory is that the Sun, Moon, satellites and planets are all close to us, but something happening at the edge of the Solar System causes the twinkling. Molecular gas clouds that live at the outskirts of the Solar System -- as part of the Oort cloud -- could cause the twinkling. As the starlight passes through them, the turbulence there causes the twinkling, and it's only because the other, closer objects are inside the Oort cloud that we don't see it. 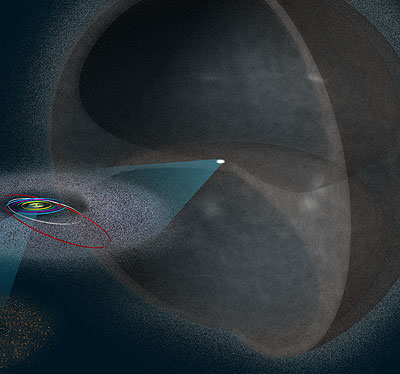 So, which explanation is it? Well, this is one piece of science that we were able to test via manned spaceflight! How's this? Well, all you have to do is go up in a spacecraft beyond the Earth's atmosphere, and look.

Well, former astronaut Walt Cunningham wrote a book about this. The title?

Importance of Observation that Stars Don't Twinkle Outside the Earth's Atmosphere.

And there you have it. The Earth's atmosphere, and not gas clouds, cause stars to twinkle. You can find a much more detailed explanation at Astroprof's page, but this is one of the neatest little bits of information to come from manned spaceflight. Hope you enjoy it!

Why do stars twinkle?

Because they are angels flapping their wings???

Oh, no, I suppose you have some scientific explanation.

Except for pulsars. That's not why pulsars twinkle.

Except for pulsars. That's not why pulsars twinkle.

Pulsars pulse, it's true. But it's not like you can see them with your eye, or even with a telescope. They're neutron stars, and we can detect them in radio and X-ray frequencies, but not with light.

And yes, ScienceBlogs is pretty bad about the double posts.

Pulsars pulse, it's true. But it's not like you can see them with your eye, or even with a telescope. They're neutron stars, and we can detect them in radio and X-ray frequencies, but not with light.

And yes, ScienceBlogs is pretty bad about the double posts.

So it's not because they are up above the world so high, like a diamond in the sky?

Of course, video cameraed spaceflight would have done the job too :)

here is another question:

why do stars have spokes on them? for instance, in the top photo above, all the stars have 4 spokes that point up, down, left and right.

Ethan, I think t-sup is referring to pulsar scintillation due to the turbulent ionized interstellar medium.

rob, those are diffraction spikes caused by the telescope.

Anthony: yup. that is what they are. i was trying to find a link to another photo that shows 6 spikes, put APOD was kinda acting flakey for me.

If you scroll to the bottom of this page, there is a nice example of multiple spikes.

Sure you can see pulsars in optical.
Not all of them, but some.

but others are also seen.

Wow, Steinn! That picture is amazing!

This page has a movie of those pics of the Crab.

Anthony: yeah! that's what i was looking for. very cool.

do you believe the existence of the multiverse????
if so why doesn't a other species in some galaxy(universe) contact us??

please can i use a picture from this website for my school project which will not be published. thank you:)

i am looking to use one of your images in my i-media coursework, it will be for my personal use only and will not be commercially distributed. Your permissiopn for use will be much appreciated. Thankyou

buddy stars position being deviated is just a very small effect creator i think its the stars luminosity , path which makes it twinkle and does not make the planets twinkle

Answer: Actually,stars DO NOT TWINKLE

Some people think that stars do twinkle well actually it is done by the clouds when the the clouds starts to move a new direction IT passed by the clouds actually you may refer to any book. if you are not satisfied.i just actually know this when i had a star lab at my school and i do actually search.

We all need to go off for a twinkle a couple of times a day...

PS, no clouds would not make them twinkle. Unless they drink the water in them.

Planets don't twinkle since they're extended objects. OK, not *very* extended, but somewhat.

The effect they undergo is distortion (think of the ripples of heat haze on a distant object or horizon).

When I was younger,someone told me that not all stars twinkle, but the ones that do, well they have a binary companion. The stars take turns eclipsing one another from our line of sight, and that is what (allegedly) causes the twinkling. I'm bummed to learn I've been carrying and regurgitating false information to others, but happy to finally have it right.

Algol, the Winking Demon in Medusa's eye (in the constellation of Perseus: he's holding her severed head) changes magnitude noticeably and visibly to the naked eye.

This isn't twinkling because the period is about three days. Twinkling is sub-second.

But it may be the confused source of your misinformation.

is the sun a star?

yes and it is the biggest one alive!

Because the sun is not shine brightly)

They twinkle so you know it got your wish...wait stars don't twinkle....I could see the whole Santa Clause thing coming...but this is.....

Why do stars twinkle in the sky? There are no public lavatories up there.