"We are not like the social insects. They have only the one way of doing things and they will do it forever, coded for that way. We are coded differently, not just for binary choices, go or no-go. We can go four ways at once, depending on how the air feels: go, no-go, but also maybe, plus what the hell let's give it a try." -Lewis Thomas

One of the most important characteristics of a planet, at least according to the IAU definition, is that it clear its orbit of all other bodies. But if we allowed for a special caveat -- the possibility of two similarly-sized objects sharing the same orbit -- could we have a stable configuration where that occurred?

Surprisingly, not only is the answer yes, but there are three ways to do it: to have one at the L4/L5 Lagrange point of the other, to have a close-orbiting binary planet, or to have orbit-swapping worlds, where they periodically change spots with one another. Unbelievably, our Solar System has a history of all three! 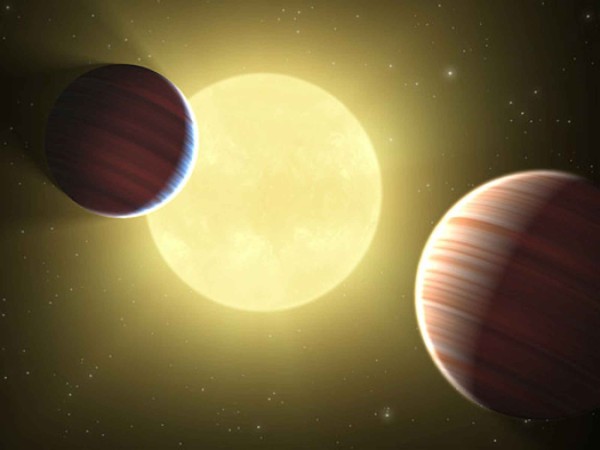 Come get the full story on this amazing question on this week's Ask Ethan!

This isn't the case for Pluto, however.

And just like Ceres, when we discovered how many "plutoids" there were, we invented a new category of astronomical body (asteroid) and put that ex-planet into that category.

Of course, cultural identity and national exceptionalism was prevalent and strong, but it wasn't a religion for the nation in those days, so the "demotion" by a "small clique" passed almost without comment.

Maybe countries had something other than assertion of greatness (e.g. "Great" Britain, which really meant "the bigger bit of Brittany", rather than "A really really good country called Britain", doesn't stop many Brits thinking otherwise) so figured that it was easier to do other things to show supremacy rather than just cry about a meaningless change.

Thank you Ethan. That was really fascinating.

This has little to do with the article, but rather with your blog as a whole. Yesterday I had the opportunity to visit for the first time the NYC Natural History Museum. The museum is beautiful, and my kids enjoyed the visit as much as I did.

In the "Earth and Space" hall they have two remarkable exhibitions: the scales of the Universe and the Universe time-line.

The scales of the Universe covers from the proton up to galaxy clusters using a huge "Hayden Sphere" (a 87ft sphere) as reference. For instance, if the Hayden Sphere is the Sun, the earth looks like a small soccer ball. There are similar scales on the Web, but this is a great way of "touching" the stuff. My 7 years old sun said: "look Dad, the Earth is only a little pebble in the space!".

The Universe time-line exhibition starts with a short introduction inside the Hayden sphere about the Big Bang, then you walk down a spiral alley with panels describing events from time 0 to 13.7 billion years. At the end of this long walk my sun realized that it takes 2 of his steps to go from the dinosaurs era to present time.

Walking through these exhibitions, I couldn't help thinking about your blog, and the effort you put in sharing your awe with us. I was doing the same thing with my kids, and it was great!