What's the third most common element in the Universe? (Synopsis)

"The two most common elements in the universe are hydrogen and stupidity." -Harlan Ellison

Shortly after the Big Bang, the Universe was filled with 99.99999993% hydrogen and helium, with the rest being lithium. But stars change everything, by fusing those elements -- the lightest ones -- into heavier ones, climbing the periodic table and enriching the Universe with its contents. 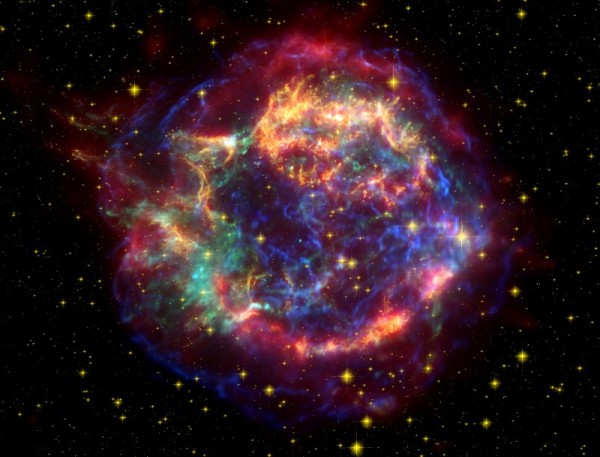 After billions of years of star formation and nuclear fusion, a new 3rd most common element has emerged, and it isn’t carbon — formed from helium fusion — which only clocks in at number 4. Instead, the winner is oxygen, thanks to the intricacies of stellar reactions, and which may some day crack the top two in the far future. Lithium isn’t even close to being in the top 10 anymore. 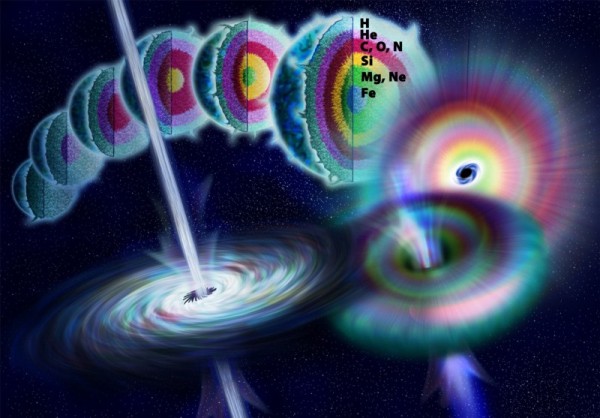 Come find out the full story here on Forbes!

I have read that gas clouds need higher elements to be able to radiate heat, in order to be able to collapse for form a star, and that the earliest stars were probably over 100 solar masses.
Is there a known relationship between metalicity and the smallest stars that could form in a gas cloud?

Where did you read that?

H2 and He radiate, just slowly if they're not hot enough to populate the excited levels of their electron shells enough to transition back at a high rate and radiate away their heat. And they collapse by losing energy by radiation.

NOTHING requires it to have higher mass atoms to radiate and collapse.

The ~100 solar mass is a good rough estimate for a small gas cloud under collapse, though a thousand solar masses is probably as common as 100 solar mass ones. It's one reason why multiple stars are more common: they all grow in close proximity, coming from the same collapsing cloud, and many will be close enough to bind in a multiple star system.

@Wow #2 -- I recall reading the same thing Llewelyn mentioned, though I can't currently find a reference. As I recall, the issue is that zero-metallicity clouds won't have any "complex" molecules (e.g., not even CO), and as a result there are no rovibrational states into which collisional energy can be irreversibly redistributed.

Hence, they have essentially no dissipative processes to cool and collapse small regions. It't only when gravity dominates over pressure (i.e., at very high masses) that you get collapse.

This, as I recall, is the chain of logic which leads to the prediction that Population III stars should be extremely massive (hundreds of solar masses) compared to the majority of existing Pop I and Pop II stars.

Now if I could just find a concrete reference, instead of my memory...

"and as a result there are no rovibrational states into which collisional energy can be irreversibly redistributed. "

You don't need them. They only mean you can cool rapidly at a few hundred kelvin. You can still cool, just slowly, without them.

And *zero* isn't going to be the case anyway, since even in a model without resonances, there will be SOME metals in the big bang aftermath before any stars can form.

Lastly, it won't necessarily produce 100 solar mass stars. After all, they have to radiate a LOT of energy at a few hundred kelvin before they can collapse enough to need to cool at a few thousand kelvin, before they can reach a few million kelvin after further collapse and initiate fusion and become a star. A smaller mass will not require the losing of all that energy (mass times temperature, for a duopolic gas) before collapsing to a higher temperature.

What it very likely does is cause a much greater variation in size, since today you can't acumulate much mass falling in to a single point before some of it starts ignition anyway and blows the rest of it off. You also can get smaller stars forming closer together in the "old days" because they would take more time to ignite and therefore any newly forming neighbours won't be blasted back to planethood before gaining enough mass concentration to withstand the blast.

Plus, as I said, it took much longer again for supermassive stars to start going boom then, so the chance of them is higher, but the rate of their inception lower.