“When it comes to atoms, language can be used only as in poetry. The poet, too, is not nearly so concerned with describing facts as with creating images.” -Niels Bohr

Shortly after the Big Bang, the first nuclear fusion reactions occurred in the Universe, filling it with hydrogen, helium, and little else. Billions of years later, huge numbers of stars have lived and died, creating copious amounts of heavy elements, running the full gamut of the periodic table. 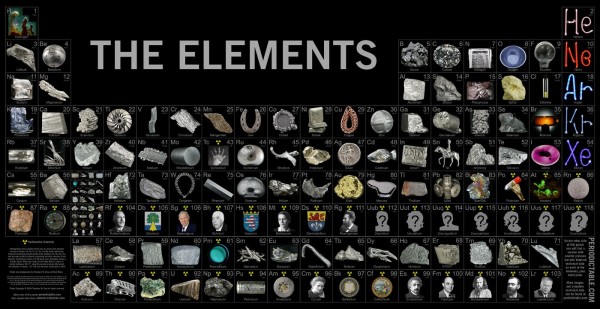 After all this time, hydrogen is still the most abundant element, followed by helium, although the gap is closer now than it was to start. But who's third? You might think it's carbon, because three heliums fuse into one carbon, but there's one element that has it beat! 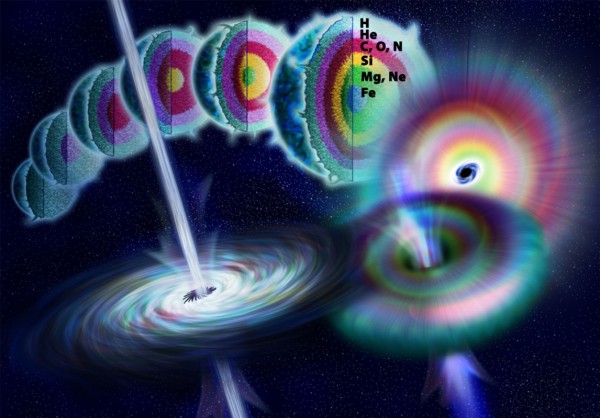 Come find out which one -- and why -- on Starts With A Bang on Medium.

The slow dance that made you (Synopsis)

"It is the function of science to discover the existence of a general reign of order in nature and to find the causes governing this order. And this refers in equal measure to the relations of man - social and political - and to the entire universe as a whole." -Dmitri Mendeleev When the Universe…

What's the third most common element in the Universe? (Synopsis)

"The two most common elements in the universe are hydrogen and stupidity." -Harlan Ellison Shortly after the Big Bang, the Universe was filled with 99.99999993% hydrogen and helium, with the rest being lithium. But stars change everything, by fusing those elements -- the lightest ones -- into…

"After all, the universe required ten billion years of evolution before life was even possible; the evolution of the stars and the evolving of new chemical elements in the nuclear furnaces of the stars were indispensable prerequisites for the generation of life." -John Polkinghorne There are close…

I thought some supernovae types released more carbon than oxygen; and that there was speculation that there might be solar systems formed from the remains of those supernovae where any solid planets would be primarily silicon carbide rather than silicon oxide.

How well settled is the creation of the heavies (Lead through Plutonium)? Can core collapse SN actually forge these elements, or are neutron star mergers the only thing violent enough? One recent study of the abundance of an isotope of Pu in seafloor sediments (* they didn't find nearly enough), hinted that perhaps the general cosmic abundance of mostly uranium may be much much less than it is in our solar system. If these super heavies are only made by NS mergers, then perhaps the solar system was formed from the remnants of one?

Ethan - I believe someone may have posted something similar recently, but it would be really nice if you could include information (perhaps as a footnote) that describes the graphs/images you share in your articles.

Especially as you try to monetize your site, it would make your articles much more accessible to those of us with limited knowledge. I always struggle to understand what the graphs you share are showing or what they mean.

According to the esteemed Harlan Ellison:

The two most common elements in the universe are hydrogen and stupidity.

Though the order may be the other way round...

It may have been accidental, but thanks for including a peridodic table that used both symbols and colors to represent the origin of the different elements. Since I'm colorblind, it would have been meaningless to me without the added cues.