The Loneliest Galaxy In The Universe (Synopsis)

"If the expansion of the space of the universe is uniform in all directions, an observer located in anyone of the galaxies will see all other galaxies running away from him at velocities proportional to their distances from the observer." -George Gamow

When Einstein put forth his space-and-time changing theory of General Relativity, one of the consequences he didn't anticipate -- and, in fact, resisted -- was the fact that a static Universe would be unstable, and that the Universe must be either expanding or contracting. While the theoretical work of many, such as de Sitter, Friedmann and Lemaître, pointed towards this conclusion, it was the observational work of Hubble in the 1920s that sealed the deal. 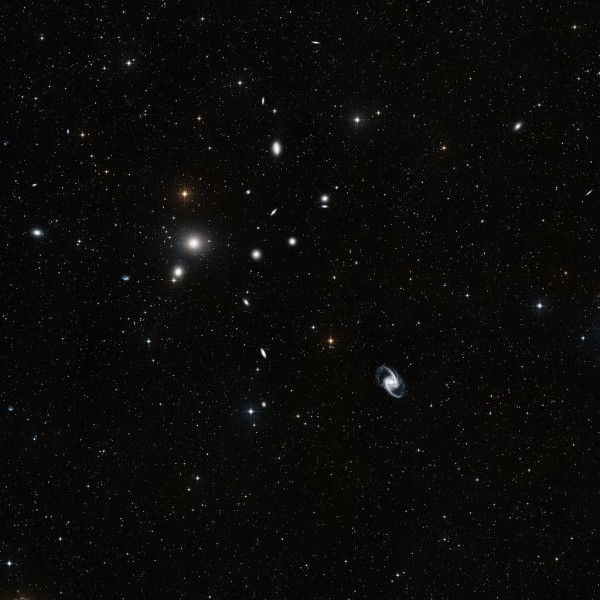 By observing the distances and recessional velocities of a great many galaxies, he was able to not only show that the Universe was expanding, but he measured the expansion rate. Yet not every galaxy is as favorably situated as our own; while we have hundreds of thousands of galaxies within a few hundred million light years, some galaxies have none. In fact, if we were situated at the same location as MCG+01-02-015, we wouldn't have discovered a single galaxy beyond our own until the 1960s. 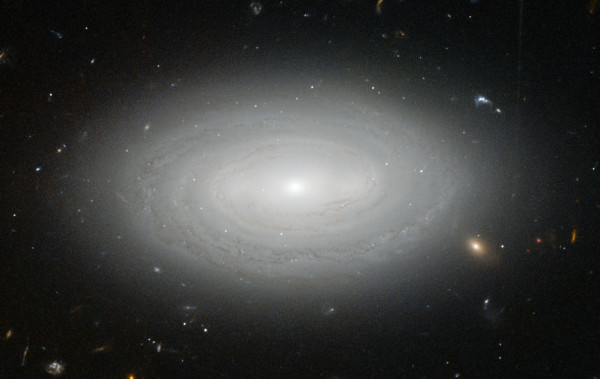 Would we have given up, and failed to discover not only the expanding Universe, but the Big Bang and dark matter as well? Find out about this unusual void galaxy, and be thankful for our abundant location in the Universe!

I think if one could count the number of sunlike stars in void galaxies and the number of stars in/near clusters, the ratio would be very small, so the odds for any randomly selected civilization, is that they won't have this problem.

Lazy fucker did nothing but sit back and demand the credit.

*I* did all the damn work, Didn't even get time off in lieu.

Great perspective. I to have often wondered how our unique position can lead use to misunderstand exactly how the universe formed and is evolving. Any scene, from only one vantage point, can be misleading.

Great article and one can speculate if we would have discovered other galaxies if we were living in this isolated galaxy.
Knowing human nature, I believe that we eventually would have discovered other galaxies even if they were very remote. Humans are inquisitive by nature and they would have built telescopes even if only to look into their own galaxy and they would have made the telescopes bigger and bigger if only to see more details of gas clouds, planetary nebulae, supernova remnants and globular clusters inside of their galaxy. And one day one clever fellow would have turned his very big telescope out of the galactic plane just for the hell of it and take a long exposure shot and voila!
Or perhaps someone would have discovered a quasar - from earth we can see 3C 273 with a modest 10" telescope even though it is 2.4 billion light years away - and looking at its spectrum, and realising that this could not possibly be a star, they would have built bigger telescopes to find out what it is and also to find more quasars and well . . . you know where this would end.
Bottom line, humankind is such an enterprising species that I don't believe anything would have kept them from finding other galaxies no matter how remote. May just have taken a few decades longer . . .