How Long Has The Universe Been Accelerating? (Synopsis)

One of the biggest surprises in our understanding of the Universe came at the end of the 20th century, when we discovered that the Universe wasn't just expanding, but that the expansion was accelerating. That means the fate of our Universe is a cold, lonely and isolated one, but it's a fate that we wouldn't have uncovered if we were born when the Universe was just half its current age. 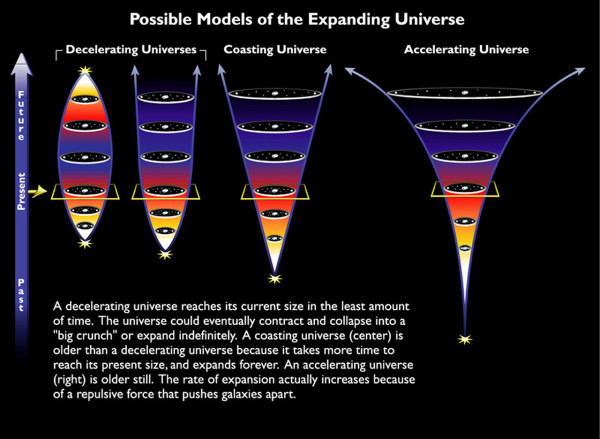 By understanding the Universe's expansion history and determining what the different components are that it's made of, we can figure out exactly how long the Universe has been accelerating. We find that dark energy rose to prominence some 7.8 billion years ago, and the Universe has been accelerating for the last 6 billion years. As the acceleration continues, more and more galaxies become unreachable from our perspective, even at the speed of light; that number's already up to 97% of the galaxies in our visible Universe. 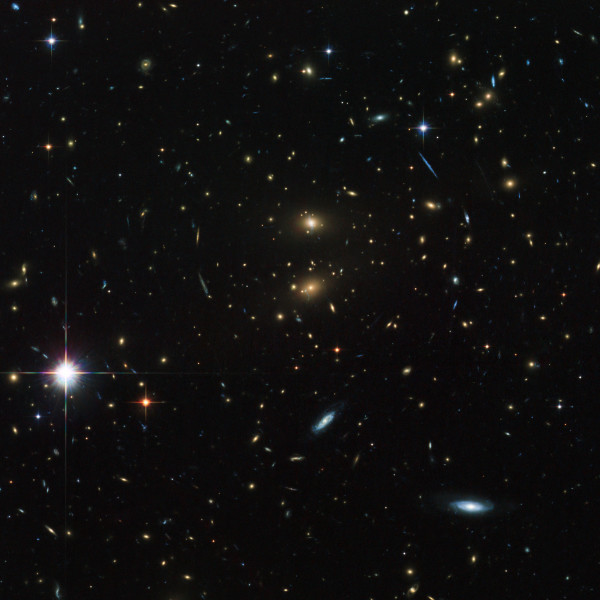 Go get the whole story on the accelerating Universe, and what we've missed out on!

I'm betting that if we had been around at half the present age of the universe we would have been able to deduce that while the expansion rate is yet accelerating, simple extrapolation of the expansion rate would indicate it soon will be, and our best fit theories would have told us the story. And with the younger denser universe, with more active star formation, and more very massive stars because the metalicity hadn't built up as much, we would have had many more observable events with which to deduce the past expansion rate, so we shoulda been able to do OK.

@#1 Ya lost me at " simple extrapolation of the expansion rate would indicate it soon will be".
Could you please elaborate in Engerlish?

ragtag.
If you see that the expansion rate is decreasing, but the rate of decrease is steadily going down, and it matches some simple functional form, its simply a matter of extrapolating the known curve (expansion rate versus time) forward. If you have at least three terms, which in the simplest fit is a parabola you can see that its near a minimum and will soon start going up.

teabaggie, if you have a better reason, provide it.

Before the big bang the whole universe was filled with hydrogen atoms. They were in a complex honeycomb formation. around any single atom there were 12 others. When all the north polaritys' movement of the 12 atoms electrons faced the center atom, it's own electrons & protons had no place else to go but into the center of its own nuclei cluster, creating the 1st atomic explosion, this explosion pushed away all matter around it, as these alpha atoms moved further away they move further apart, leaving in their wake a swirling mass of atoms which become the galaxy's we see today. 15 billion years later, these alpha atoms have moved so far away and gathered so much energy and mass, they pull on all matter left behind. dark matter explained. We are being pulled towards 1 of the 12 alpha black holes, super duper in size. ......

Really? How do you know?

Or are you making this crap up? It;s that one, isn't it?