Could the LHC make an Earth-killing black hole? (Synopsis)

John Oliver: So, roughly speaking, what are the chances that the world is going to be destroyed? One-in-a-million? One-in-a-billion?
Walter Wagner: Well, the best we can say right now is a one-in-two chance.
John: 50-50?
Walter: Yeah, 50-50… It’s a chance, it’s a 50-50 chance.
John: You come back to this 50-50 thing, what is it Walter?
Walter: Well, if you have something that can happen and something that won’t necessarily happen, it’s going to either happen or it’s gonna not happen. And, so, it’s kind of… best guess at this point.
John: I’m… not sure that’s how probability works, Walter. –The Daily Show

One of the more exotic scenarios associated with the LHC -- a scenario inspired by extra dimensions -- would be the production of tiny, microscopic black holes that arise from super-energetic particle collisions. As the LHC is now operating at the highest energies ever created on Earth, 13 TeV or just a hair over, this has a better chance of coming to fruition now than ever before. 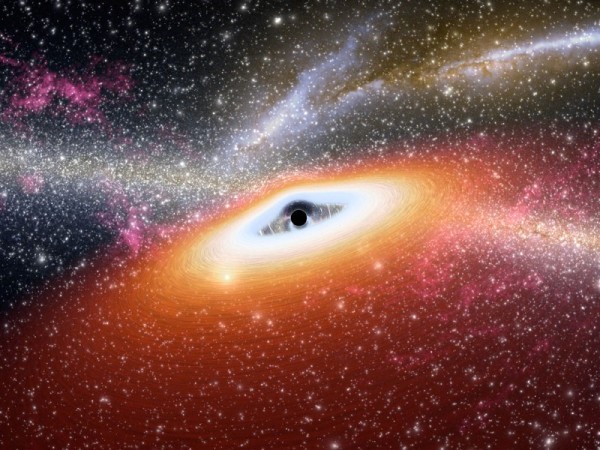 But black holes have a reputation of sucking everything they encounter into them. If we created one here on Earth, would this potentially be dangerous? And if so, are the timescales of danger something that humans should worry about? Even if you're willing to violate (or extend) the laws of physics to allow the production of these black holes and force them to be stable against decay, it would still take timescales many times that of the age of the Universe for them to devour even one kilogram of matter, much less the entire Earth. 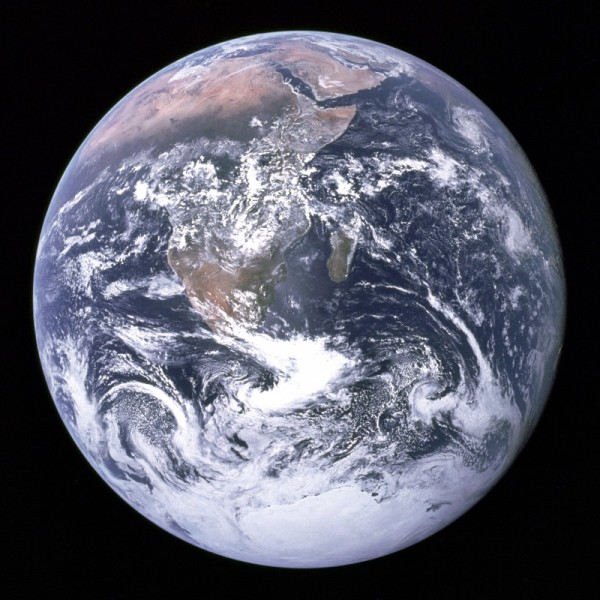 Go get the full story here!

“But at the very highest of energies — energies more than a hundred million (100,000,000) times greater than what we create at the LHC — particles smack into Earth constantly”

This is somewhat misleading because those particles (Ultra-High Energy cosmic rays) that are so much greater are most likely iron nuclei that collide with other nuclei in the upper layers of our atmosphere. What is going is a whole collections of protons, that have roughly the same velocity as those in LHC, colliding with and other bunch of protons. This particle is thus not so much an elementary particle but a whole group. The impressive number of 100,000,000 greater is because of the large shower output; but when you zoom-in the one on one collisions are close to the same energy region as those at the LHC.

An other problem with this type of ‘safety’ article is that it only deals with Black Holes, never is the cumulative process of collisions in such a tiny area and at such a high frequency discussed. Take for instance those UHECRs they smack into earth only a few times per year over a surface of many miles, while at the LHC the collision rate is a billion times higher and in an area of just a couple of mm^2.

We now have proof that there is a Higgs field and Gravity waves can travel through the SpaceTime Medium, what about the ripples generated by particle collisions continuously shaking up space at one specific place? In nature these collisions are spread out over a wide area of space, while at the LHC it is for hours happening at the same spot with a temperature 100,000 times Hotter than the center of the Sun, a lot of energy is bundled into one specific spot like the focus of a magnifying glass.

If you want to respect safety measures than the collision rate should be far lower than the billions of collisions that are currently going on.

According to Leonard Susskind you will generate black holes with a large enough particle accelerator. If as put forth in bullet point #2, the theory of Hawking Radiation is correct and these microscopic black holes evaporate on a time scale so small that it wouldn't exist long enough to reach a detector, what would that collision look like? To the data coming out of the detectors, would it look as if conservation was broken? If the LHC (or some future monster particle accelerator) did create a black hole for even the tiniest fraction of time, how would we know?

It would look like massive gamma production took place.

Ahh, all good. But what about the hypothetical "Ice-9" scenario of a negative strangelet?

This is not a concern for strangelets in cosmic rays because they are produced far from Earth and have had time to decay to their ground state, which is predicted by most models to be positively charged, so they are electrostatically repelled by nuclei, and would rarely merge with them. But high-energy collisions could produce negatively charged strangelet states which live long enough to interact with the nuclei of ordinary matter...

...A detailed analysis concluded that the RHIC collisions were comparable to ones which naturally occur as cosmic rays traverse the solar system, so we would already have seen such a disaster if it were possible.

So, that it hasn't happened means it can't garner enough funding to finally make it happen?? I'll alert the media.

@Axil #4: The topic of "black hole analogues" is an active area of research: see, for example, "sonic black hole" in Wikipedia. It does appear that Hawking radiation is a generic effect of horizons in these analogue systems, which is one of the several pieces of evidence which lend credence to Hawking's model for actual (gravitational) black holes.

@Michael Kelsey #5 Also interesting is that these “black hole analogues” may also demonstrated dualism with the (gravitational) black holes which includes multi particle entanglement is contravention of the monogamous entanglement requirements of quantum mechanics. The "Dark Mode" Surface Plasmon Polariton is the three dimensional black hole analogue that Prof. Daniele Faccio wanted to find. I hope he eventually stumbles onto it.

If you are concerned about this you can check this site for an update.
http://hasthelargehadroncolliderdestroyedtheworldyet.com

May I ask why a credible analysis (and not Forbes) has not been peer reviewed and published in a credible journal?
If there indeed is an issue of public significance, which obviously there is, then why has it not been addressed properly through known channels?

"If there indeed is an issue of public significance, which obviously there is"

Just because there's a debate about whether NASA is faking the moon landings to hide the truth of a flat earth doesn't make the claims an issue of public significance.

Since your post is predicated on that assertion, you need to support it first.