"True realism consists in revealing the surprising things which habit keeps covered and prevents us from seeing." -Jean Cocteau 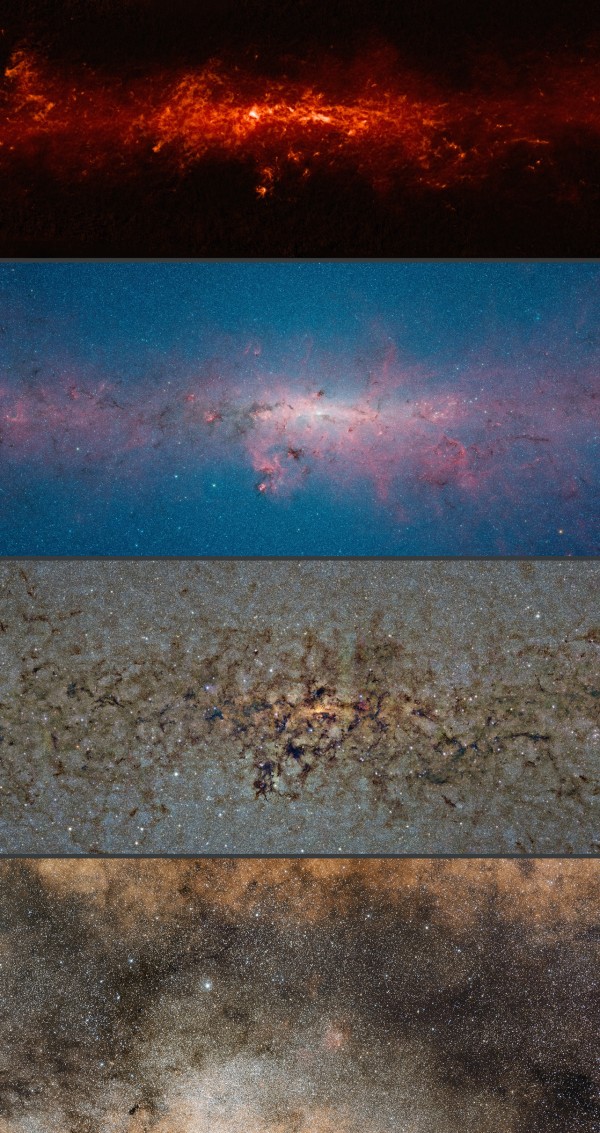 The view of the galactic center in four different wavelength bands. Atop, from the ATLASGAL survey at 870 microns; below that, from Spitzer in the mid-IR; below that, from ESO's VISTA in the near-IR, and at the bottom in visible light, where the dust obscures everything of interest. Image credit: ESO/ATLASGAL consortium/NASA/GLIMPSE consortium/VVV Survey/ESA/Planck/D. Minniti/S. Guisard. Acknowledgement: Ignacio Toledo, Martin Kornmesser.

Recently, the ATLASGAL collaboration, using the Atacama Pathfinder EXperiment (APEX) telescope, a 12-meter sub-millimetre dish atop a 5,100 meter Chilean Plateau, completed their map of the southern Milky Way. Spanning more than 400 square degrees, it is the most accurate map of our galaxy in this wavelength of all time, even defeating maps created in space. 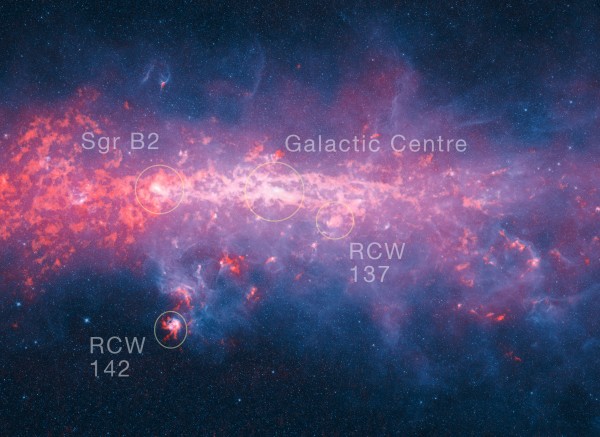 Go view the whole remarkable thing in pictures, videos and no more than 200 words on today's Mostly Mute Monday.