The Milky Way's most recent supernova was hidden... until now! (Synopsis)

“When a star goes supernova, the explosion emits enough light to overshadow an entire solar system, even a galaxy. Such explosions can set off the creation of new stars. In its own way, it was not unlike being born.” -Todd Nelson

In 1604, Kepler's supernova went off, the last Milky Way supernova visible to naked-eye skywatchers here on Earth. Yet since the development of radio and X-ray astronomy, other, more recent supernova remnants in our galaxy have been found. They've only been invisible to the naked eye because of the galactic gas and dust that blocks their visible light. In 1984/5, the VLA discovered the most recent known remnant near the galactic center, and follow-up observations showed a rapid expansion. 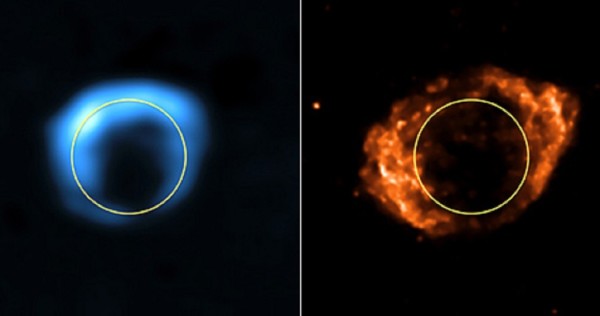 The most recent data not only dates this remnant to be only 110 years old, but it teaches us that it's a Type Ia supernova that formed from the merger of two white dwarfs. The standard model — of one white dwarf accruing matter from a binary companion — may not only be a minority of Type Ia events, perhaps it doesn't occur at all. 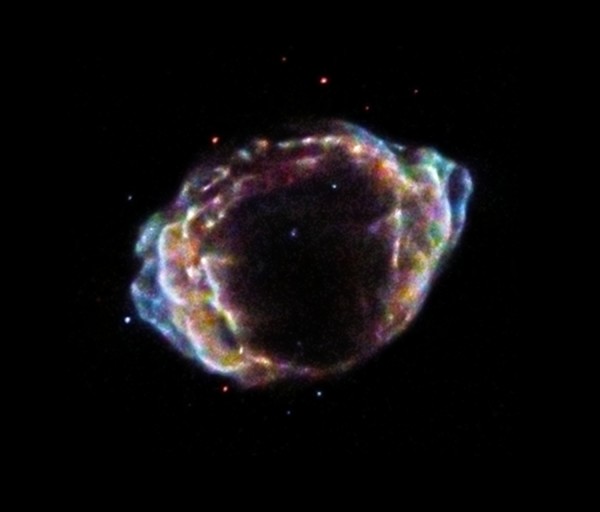 Go get the full story of this new observation of G1.9+0.3 over on Forbes!

For some reason I didn't realize the star Kepler caught going supernova wasn't in the Milky Way. I did not know our resolving power now allowed us to look that closely at individual stars in other galaxies.

Looks like you have officially learned something coming to this site.
:)

Type IA supernovae are used as standard candles. This works if they occur by accretion of mass by a white dwarf until is reaches the Chandrasekar Limit. But if I'm not missing something if they form predominantly from mergers of white dwarfs the mass involved and the amount of energy released is much less constant, and they wouldn't work as standard candles. What implications would this have for the astronomical distance scale?