A nearby, infant star teaches us how planets begin to form (Synopsis)

"TW Hydrae is quite special. It is the nearest known protoplanetary disc to Earth and it may closely resemble the Solar System when it was only 10 million years old." -David Wilner

For hundreds of years since the realization that Earth and the other planets orbited the Sun, humanity had only hypotheses about how planets formed around stars. The consensus was that gas clouds collapsed along one direction first, forming a disk, which then rotated and formed instabilities, leading to the development of planetary systems.

Thanks to data from the Atacama Large Millimeter/sub-millimeter Array, we've successfully imaged the very closest protoplanetary disk to us: TW Hydrae, at just 175 light years away, and it's not only face-on to us, containing gas giants farther out, but likely at least one planet in the innermost ~1 A.U. of its solar system. 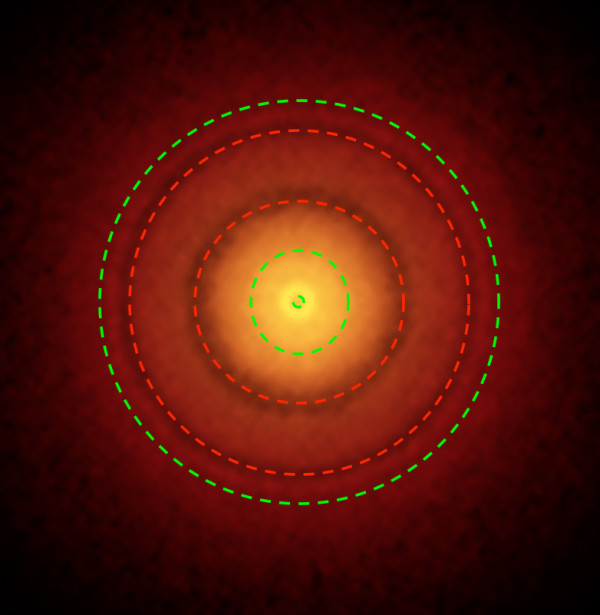 Go get the full story, and find what the frontiers of our knowledge are, over on Forbes!

What you are seeing here is just evidence for a past collision event, you are observing a shrapnel field. No planets are forming here, they were destroyed here. You are looking at a grave yard, not a nursery.

I am replacing the outdated paradigm with the theory called "stellar metamorphosis".

Self-citation is not sufficient, nor are unpublished preprints on vixra.org. Any actual published journal articles which have passed peer review?