The science of how solar systems begin (Synopsis)

"The new ALMA images show the disk in unprecedented detail, revealing a series of concentric dusty bright rings and dark gaps, including intriguing features that suggest a planet with an Earth-like orbit is forming there." -Sean Andrews

It takes a lot of work to make a solar system from the raw materials of an interstellar molecular cloud, but the Universe is up to the challenge. We had a theoretical picture that held for a long time, but thanks to the array of modern telescopes that humanity has constructed, we've finally been able to put that picture to the test. 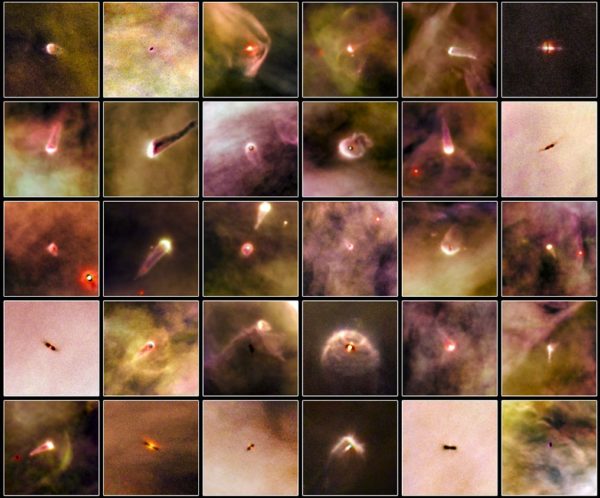 30 protoplanetary disks, or proplyds, as imaged by Hubble in the Orion Nebula. Image credit: NASA/ESA and L. Ricci (ESO).

Would protostars form from gravitational collapse? Would they wind up with protoplanetary disks around them? Would those disks develop asymmetries and, later, gaps where young planets formed? And then, would the central star ignite and burn off the rest of the materials, where only the planetary survivors would persist? 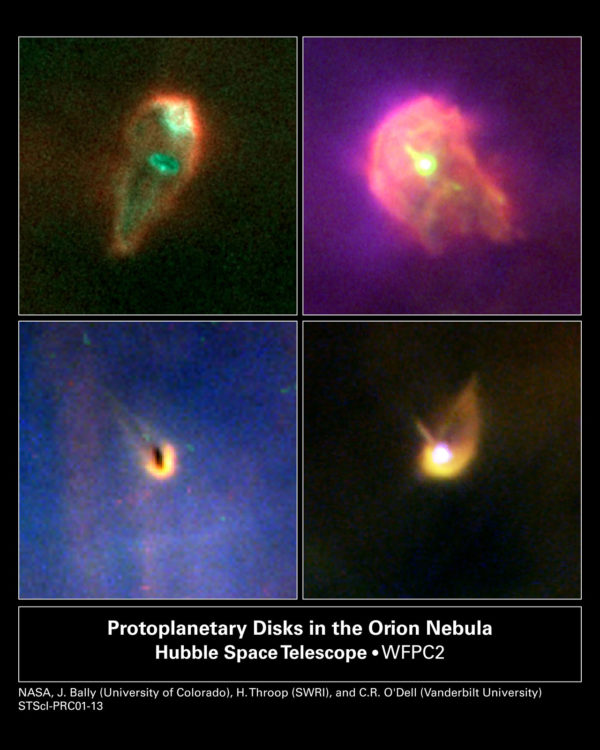 We've now got the evidence for all of this, and the answer is a resounding, overwhelming yes! Come see for yourself.

More proof that we are the stuff of 'stars'.

Are you familiar with "The Ganymede Hypothesis"? Discounting the Electric Universe references, are the other contentions valid? i.e.. Increased brown dwarf prevalence, Jupiter and Mercury the initial solar system planets, other planets formed along polar jets of Herbig-Haro objects and later captured, etc.? It seems that our Solar System is unusual in its planet composition and the existing models of accretion disk and planetary migration don't necessarily explain everything.