Mostly Mute Monday: What Do Star Trails Look Like From The ISS? (Synopsis)

"This job is a great scientific adventure. But it's also a great human adventure. Mankind has made giant steps forward. However, what we know is really very, very little compared to what we still have to know." -Fabiola Gianotti

On Earth, star trails inevitably appear in any long-exposure image unless you account for the rotation of the Earth, requiring specialized mounts, advanced pointing software, or both. But from space, those same familiar motions appear, albeit for very different reasons. 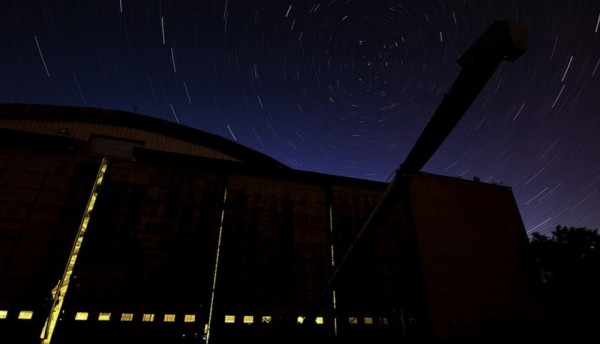 Image credit: Chris Luckhardt at flickr, of a long-exposure photograph of the stars from Earth.

The ISS rotates not because of any celestial motions, but rather because it orbits the Earth in such a way that it sees a particular axis as a “fixed point” about which all the other stars appear to rotate. By stacking a series of short-exposure images and using photo processing software, images aboard the ISS can be constructed to show huge, sweeeping star trails, while underneath the Earth exhibits phenomena like the airglow, aurorae, city lights and even lightning strikes. 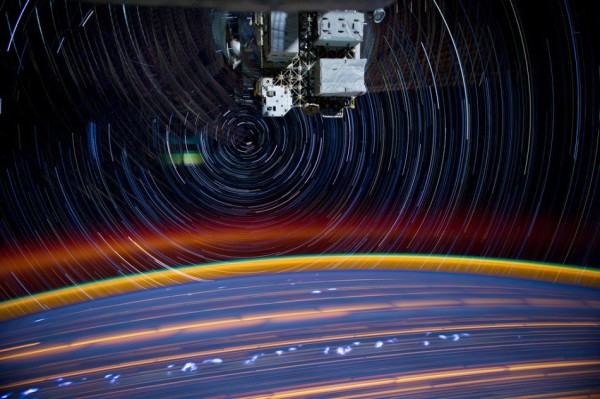 Image credit: NASA / Astronaut Don Pettit / @astro_pettit on Twitter, of the star trails from space and numerous atmospheric features on the Earth.

Go get the full, beautiful story in pictures, videos, a photo gallery and no more than 200 words on Mostly Mute Monday!

@Ethan -- is there any software that can help me properly visualize the ISS's rotation, and where its personal "north star" might be? I've got a pretty clear picture in my head for something orbiting around the equator, for example, and keeping one face downward, but the ISS has a fairly inclined orbit, and for whatever reason, my brain wants its axis to be wobbling like the sinusoid of its orbit on a map.

The free version of Systems Tool Kit (STK) from AGI, or the General Mission Analysis Tool (GMAT) from NASA (and others) should work.