"We detect motion along this axis, but right now our data cannot state as strongly as we'd like whether the clusters are coming or going." -Alexander Kashlinsky

When dark energy was discovered, and the expansion of the Universe was shown to be accelerating, there was concurrently another puzzle that received much less attention: the problem of the Great Attractor. Galaxies appear to move due to both the Hubble expansion and the local gravitational field, but the gravity from the galaxies we saw didn’t account for all the motion. 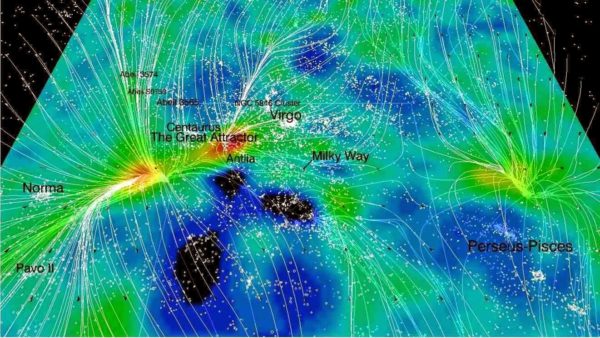 There must have been an additional set of masses, revealed only in the 2010s with the identification of the supercluster Laniakea. All the galaxies in our local neighborhood are headed towards it, but are we moving fast enough to overcome the expansive pull of dark energy? 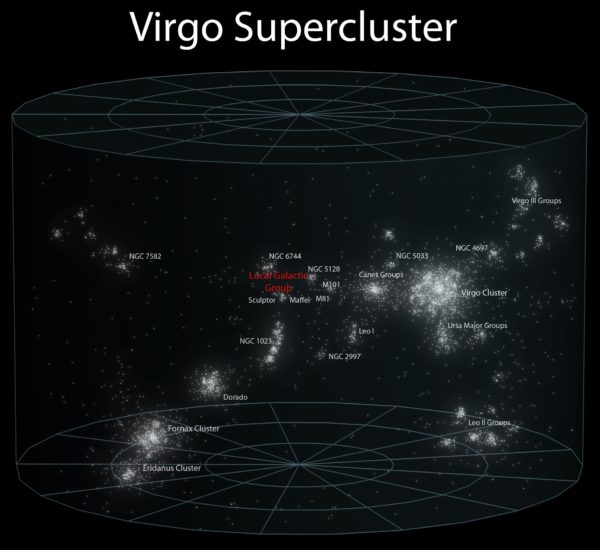 The various galaxies of the Virgo Supercluster, grouped and clustered together. Each individual group/cluster is unbound from all the others. Image credit: Andrew Z. Colvin, via Wikimedia Commons.

The answer looks to be no; come find out why on this week’s Ask Ethan!

If one is connected in quantum, then one distorts by creating its own observer vacuum.
Thus not having thee ability to feel outside of the standard connectivity of the felt..

If one is connected in quantum, then one distorts by creating its own observer vacuum.
Thus not having thee ability to feel outside of the standard connectivity of the felt..

"'What one believes to be true, either is true or becomes true in one’s mind, within limits to be determined experimentally or experientially. These limits are beliefs to be transcended. This is the situation when one has been freed up from one’s environment, from one’s surrounding reality, and all of the usual forms and patterns of stimulation are attenuated to the minimum possible level.'

"(I think this rare example of occultist philosophy is worthy of careful attention, for, although it makes no sense at all, it is never the less a perfect example of a style of incantation upon which occultists rely when they attempt to make the vague, shifting blobs of their pictorial imaginations 'live up' to the standards of minimal definition without which no reasonable communication is possible.)"

Since two of the key pieces of evidence for dark matter is that galaxies rotate to fast to hold together and that dark matter can be mapped separating from galaxy clusters in collisions, what would happen to a galaxy that became completely separated from its dark matter halo after hitting an especially dense area of intergalactic matter?

Do you really think that there are only two key pieces of evidence for dark matter?