"Put two ships in the open sea, without wind or tide, and, at last, they will come together. Throw two planets into space, and they will fall one on the other. Place two enemies in the midst of a crowd, and they will inevitably meet; it is a fatality, a question of time; that is all." -Jules Verne

When any object passes too close to the event horizon of a black hole, the tidal forces acting on it can become so strong that they’ll tear the entire object apart in a spaghettification disaster. While most of the matter will get ejected from the encounter, a significant fraction can be accreted, absorbed and used to fuel the black hole’s growth. 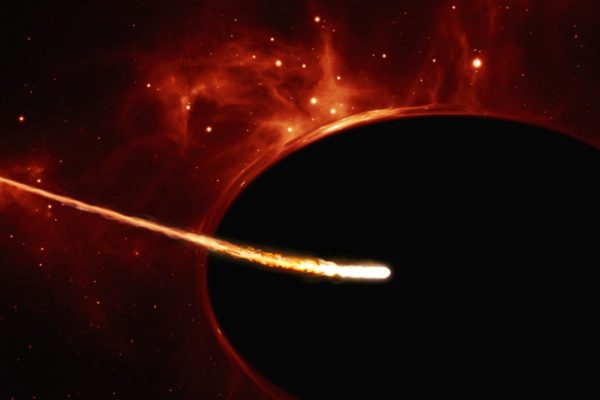 These tidal disruption events have been seen numerous times since the launch of our X-ray observatories, and are now known to come in a wide variety of magnitudes, at a variety of distances and to last a variable amount of time. So when you see the largest, longest-lasting one ever, you sit up and take notice! That’s exactly what’s happened with XJ1500+154, which is now in its second decade of X-ray signals. 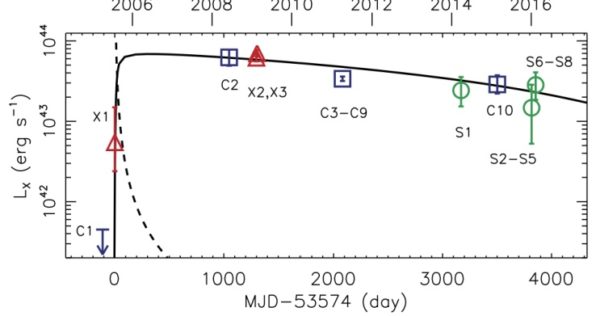 Come get the full story on this amazing object, and learn how it might solve the puzzle of supermassive black hole growth on today’s Mostly Mute Monday!

Can you expand on the 'faster than the Eddington accretion limit' part?
Quick scan of the paper had several places where they used some amount of guesswork on constants, like optical opacity, etc.
Which of those assumptions and caveats breaks down, making the limit estimate invalid?

Is this like tha clip I have seen here that Ethan has posted with the Star clipping around the black hole over time?
I am not sure, but I think it's this one OR like it:
https://www.youtube.com/watch?v=u_gggKHvfGw
The one I saw Ethan post was very clear, but as it passes around is stuff accreted?
Thanks