"By preventing dangerous asteroid strikes, we can save millions of people, or even our entire species. And, as human beings, we can take responsibility for preserving this amazing evolutionary experiment of which we and all life on Earth are a part." -Rusty Schweickart

Asteroid strikes are among the most destructive natural disasters to ever impact planet Earth. While an extinction-level event, like the one that wiped out the dinosaurs some 65 million years ago, are exceedingly rare, we face city-killer impacts somewhere on Earth's surface every few hundred years. 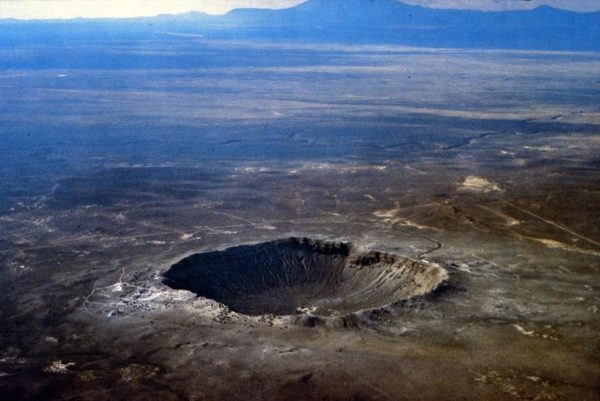 If one such event happened over an actual city, the chain reaction of destructive events would begin with a fireball, followed by thermal radiation, causing millions of people to die. Buildings would be leveled for an even greater distance, while inevitable destruction would continue far beyond that. But the greatest number of people would suffer from burns, even from scores or hundreds of miles away. 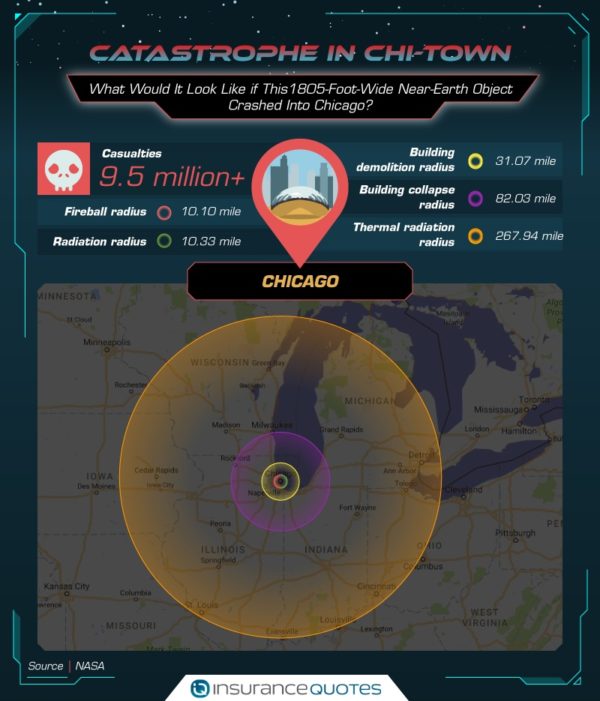 The consequences of a 500 meter-sized asteroid striking Chicago. Image credit: InsuranceQuotes with NASA data, via http://www.insurancequotes.com/home/near-earth-close-calls-cosmos.

The asteroid that struck Lake Michigan yesterday was luckily harmless, but the threat of a city-killer is a real one we're woefully unprepared for. Find out what would happen today!

FYI
http://bit.ly/2kncwez
Comet to be seen over the next few mornings .....

Why is radiation listed twice radiation and thermal radiation? Do you mean the fireball would be hot enough to emit x-rays?

Have to ask, though, what if it happened when Trump was in NY?

Thermal would be IR. But if you can see the fireball, that would be visible radiation. Do you mean visible rays are thermal heat?