For centuries, Newton’s theoretical predictions were as unassailable as physics got. His ideas about mechanics, gravitation and optics passed test after test after test. Yet around the dawn of the 19th century, one class of observations appeared to run counter to his assertions: light appeared to exhibit a wave-like nature. The phenomena of diffraction and interference could not be well-explained by a corpuscular theory of light. 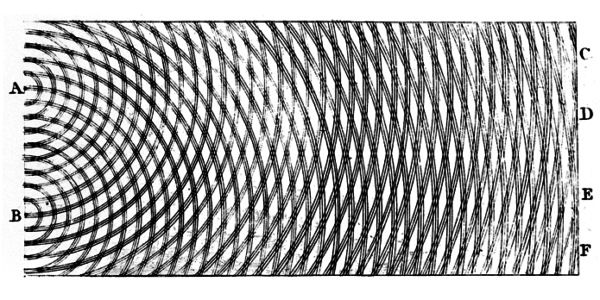 Towering scientific figures such as Fresnel, Fraunhofer and Poisson calculated what they expected from a wave-like theory under various conditions, with Poisson getting the most absurd result. In theory, light that was shined around a spherical obstacle should produce a shadow... with a brilliant bright spot at the center. This was ruled a victory by Newton for all, proving the wave nature of light’s absurdity. 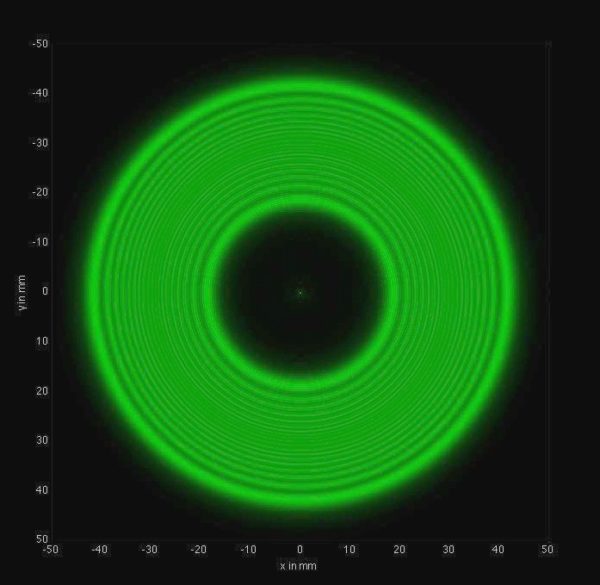 A theoretical prediction of what the wave-like pattern of light would look like around a spherical, opaque object. The bright spot in the middle was the absurdity that led many to discount the wave theory. Image credit: Robert Vanderbei.

Fools! For you cannot simply claim an absurdity without doing the experiment to check! The results, the lessons, and the work of Francois Arago must never be forgotten.

And then just a little shy of a hundred years later, Albert Einstein comes along and shows how light actually does have particle-like properties too!

Scientific Predictions Are Worthless Unless Tested

I knew it was only a matter of time before you came around to my way of thinking on the value of computer model climate predictions. I once saw a computer modeled giant ape climb the Empire State Building. You really can computer model just about anything you want to see. It doesn't mean any of it is real. Test results are real. The only worth in untestable predictions is their marketing value towards gaining funding or a bit of notoriety if the prediction is particularly outlandish. Scientifically it is worthless until time is able to actually test it.

The bandwagon is pretty full but I'm happy to see you've found a seat. Welcome aboard!

"I knew it was only a matter of time before you came around to my way of thinking on the value of computer model climate predictions."

I am constantly amazed at your ability to miss points and misrepresent science when you don't understand.

Gotta agree with Dean. It's quite amazing how flagrantly you misread other people's sentences, twisting them to support your preconceptions.

Where has Ethan ever said that climate models aren't tested?

What the fuck are you on about, denier? The computer models match reality very well (well not your denier mates' models, they're all crap), they have been tested.

Re. the Arago Spot: this is why a simple occultation disc cannot be used for imaging exoplanets. Rather, a disk is used that has a special scalloped edge calculated to counteract the diffraction.

I don't actually believe @Ethan has finally come around to my way of thinking on climate simulations. I am only having fun with his phrasing. We just had a 3+ month back-and-forth on the First Amendment in which I showed him where even his own sources showed his error and he thinks I'm lying.

As far as “regulating free speech” goes, don’t feed me lies about how we don’t or can’t do it

Even in subjects where @Ethan is a little out of his depth he doesn't reevaluate his position in the face of counter evidence. At least that seems to be the case if I'm the one presenting the evidence. In climate science @Ethan is on a far better footing than he is on issues of US law. There is ZERO chance I'll change his mind. Z-E-R-O. Speaking specifically on the value of computer climate simulations he's already written the exact opposite of my comment.

We are always learning, and for all I know there exists right now a perfect climate model. The point is that we don't know it is perfect because what it is predicting is the future. Until enough time elapses for us to test its predictions against reality, that hypothetical perfect model is of no more value than the countless failed ones. That idea is right in line with the literal interpretation of @Ethan's headline on this piece even though I have no illusions that he'd apply the thought to computer climate predictions.

What if we wait until climate change models proven right but if it is too late to fix it w/o having a large damage by then?
What would happen If sea levels rose significantly higher and many coastal cities lost? How long would it take to repair the damage and rebuild cities? How much it would cost?

We don't have to wait, though, Frank. They're pretty much proven by events predicted. See:

But deniers keep bleating on about how they're not proved because each model is improved iteratively, and that means deniers move the goalposts each time, so Hansen's '88 model is proven but they ignore it because there's HadGEM3 to prove instead.

Of course, for the double-fork-you to reality by deniers, if the models aren't improved, they'd whinge about how it's not including some new science.

The answer to your query may, now, be "never". It may NEVER be possible to get back to the HCO if we pass the tipping point (probably when the methane clathrates are boiling up), because we'll be at a CO2 level that was higher in the past when the sun was a couple percent cooler, and if we get to the same CO2 level, there's no way to get back to a warm glacial like we are in at the moment.

That's why there's that 2C limit. It's figured that is *probably* too small a difference, as log as we get back to pre-industrial CO2 levels sooner than the ocean depths reach equilibrium, for the clathrates to dissolve back into gas.

And therefore it would be impossible to undo the changes if we waited until they were patently obvious.

Carbon fibre production seems to use a lot of energy for production. Consider at least 6 ovens per line with operating temperatures reaching as high as 2300 odd degrees over a long time period. Doesn't sound so good, does it? Lots of energy being used to create a product. Similar to producing aluminum, eh? Masses of power going in for a small outcome.
:)

For aluminium, that's only for initial refinement,