"With the Hubble telescope and all the other things that are out there, I believe something would have come through. Today, I really believe we are unique." -Mark Goddard

Want to identify where stars are forming (or about to form) in the Universe? We’ve got no problem using visible light, which reveals unambiguous signatures associated with newborn stars. But if you want to view those stars themselves, or the processes occurring within the nebula where they’re being born? You have to go to infrared light. 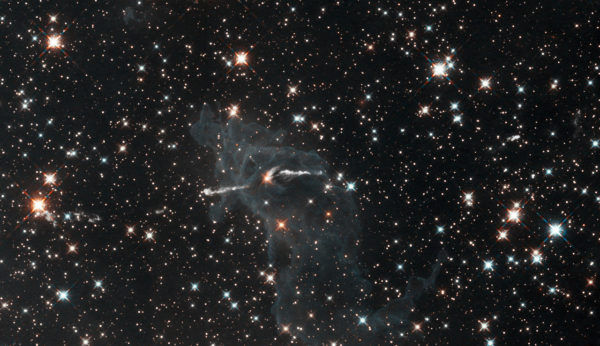 Taken in infrared light, the image shows the dense column and the surrounding greenish-coloured gas all but disappear. Only a faint outline of the pillar remains. By penetrating the wall of gas and dust, the infrared vision of the Wide Field Camera 3 (WFC3) reveals the infant star that is probably blasting the jet. Image credit: NASA, ESA and the Hubble SM4 ERO Team.

Right now, the sharpest, highest-resolution views of the Universe in the infrared are revealed by Hubble, which can only go out to 1.6 microns, or barely twice the wavelength limit of visible light. But when the James Webb Space Telescope launches next year, it will not only be more powerful and higher-resolution than Hubble, it will go out to wavelengths of 30 microns: nearly twenty times redder than Hubble. 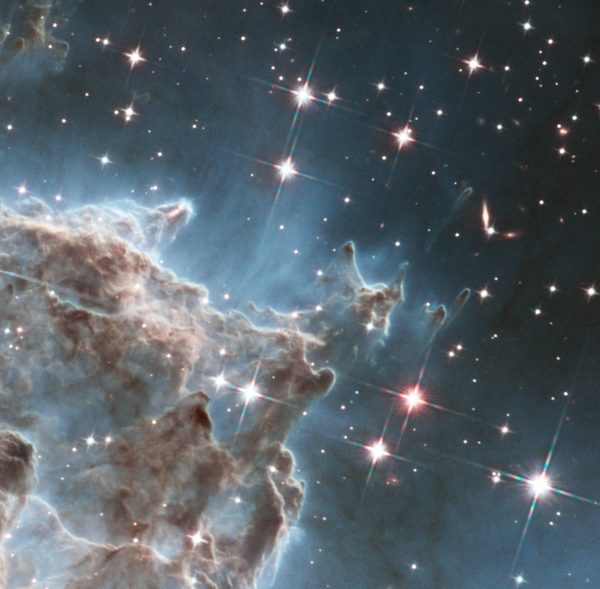 Infrared light penetrates more dust and gas than visible light, allowing details to become visible. A jet of material from a newly forming star is visible in one of the pillars, just above and left of center in the infrared image. Background galaxies are also visible. Image credit: NASA, ESA, and the Hubble Heritage Team (STScI/AURA), and J. Hester.

What will be revealed? These five visible/infrared image comparisons showcase what we’ve seen so far. How can you not be excited for what comes next?

Let us all hope for a flawless launch and a long effective life for the JWST at its duty location at an L2 point.

Incredible images. Nebulas are truly beautiful and the creators of New Stars and Planets.
http://astronomyempirium.com