What will happen when Betelgeuse explodes? (Synopsis)

“Without these supernova explosions, there are no mist-covered swamps, computer chips, trilobites, Mozart or the tears of a little girl. Without exploding stars, perhaps there could be a heaven, but there is certainly no Earth.” -Clifford A. Pickover

One of the most sobering cosmic truths is that every star in the Universe will someday run out of fuel and die. Once its core fuel is exhausted, all it can do is contract under its own gravitational pull, fusing heavier and heavier elements until it can go no further. Only the most massive stars, capable of continuing to fuse carbon (and even heavier elements) will ever create the Universe’s ultimate cataclysmic event: a Type II, or core collapse, supernova. 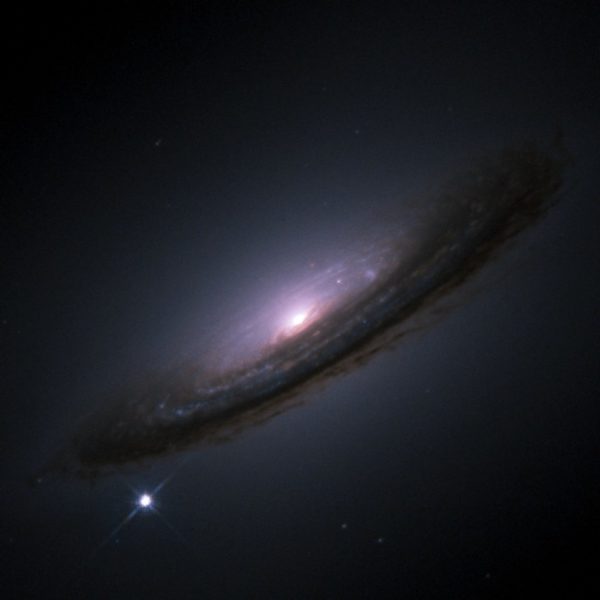 At peak brightness, a supernova can shine nearly as brightly as the rest of the stars in a galaxy combined. This 1994 image shows a typical example of a core-collapse supernova relative to its host galaxy. Image credit: NASA/ESA, The Hubble Key Project Team and The High-Z Supernova Search Team.

Stars that are fusing carbon (and up) appear to us today as red supergiants, and the brightest red supergiant as seen from Earth is Betelgeuse. Sometime in the next 100,000 years or so, Betelgeuse will go supernova. When it does, it will emit incredible amounts of radiation, become intrinsically brighter than a billion suns and and be easily visible from Earth during the day. But that’s not all. 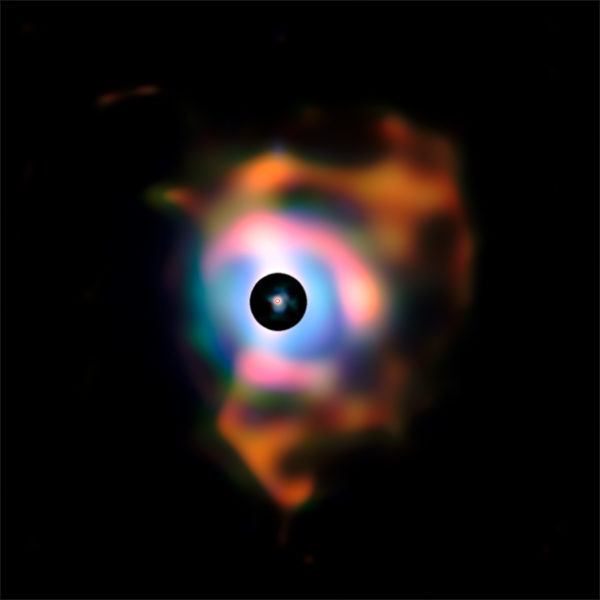 The nebula of expelled matter created around Betelgeuse, which, for scale, is shown in the interior red circle. This structure, resembling flames emanating from the star, forms because the behemoth is shedding its material into space. Image credit: ESO / P. Kervella.

What’s the full story on what will happen when Betelgeuse goes supernova? Come get the science today!

So the current thinking is Antares has a smaller diameter than Betelguese?

Isn't the core collapse triggered by the loss of thermal energy via neutrino emissions?

What color does a type-II supernova appear to be?

As Betelgeuse is far enough away that it poses no danger to Earth, I sure would like to see its supernova. What a show!

Sounds like another test for gravity waves coming up; just the waiting game will test the patience.

Core collapse happens I think when a star can no longer produce enough thermal energy from nuclear fusion to maintain equilibrium against its own gravity. This happens when the core fuses into iron, which is the ultimate stellar ash. Iron is at the peak of the curve of nuclear binding energy, and as such fusion reactions involving it will consume energy rather than release it, and with no more energy to resist gravity the core collapses. Boom.

John at 2. It would be a hell of a show. It would make Astronomy difficult -except of the supernova - light pollution...

Would it pose a hazard to satellites?

That would depend on the particulars of the supernova, I’d think. When the event occurs, how the energy is released depends, in part, on how fast the star is rotating. If the angular momentum is such that the event ejects enough material at high enough speed in this direction, then it’s possible.

Sounds like another test for gravity waves coming up; just the waiting game will test the patience.

Unlikely. The mass is still there and still roughly central, so there's no dipole to radiate gravity waves. So all we'd get is whatever asymmetry happens in the blow up moving the CoG around and a delay to the effect so that we see the center of light move at the same time as the center of mass.